Aksyonov: There will be no Ukrainian goods in Crimea within two weeks 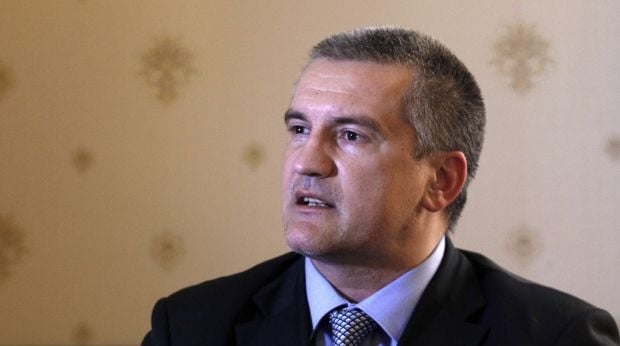 "Almost all retail chains and entrepreneurs have concluded contracts with agriculture producers from mainland [Russia]. A total of 90% of products at our markets now come from Russia. With this approach, there will be no Ukrainian products on all shelves at supermarkets within two weeks," Aksyonov told Rossiya 24 TV channel, TASS reported.

He described the situation with Crimea's food blockade "not critical."

"In my view, it is directed, first of all, against Ukrainian residents. And Crimea will survive this," Aksyonov said.

As UNIAN reported earlier, Crimean Tatars and representatives of patriotic organizations of the city of Kherson and Kherson region blocked roads in Kherson region near checkpoints on the administrative border with Russian-occupied Crimea to prevent trucks with commodities from entering the peninsula.

Earlier, Chairman of the Crimean Tatars' Mejlis Refat Chubarov said that he did not rule out that after the "food blockade" of Russian-occupied Crimea, the Crimean Tatars would insist that the peninsula's power supply be cut off.