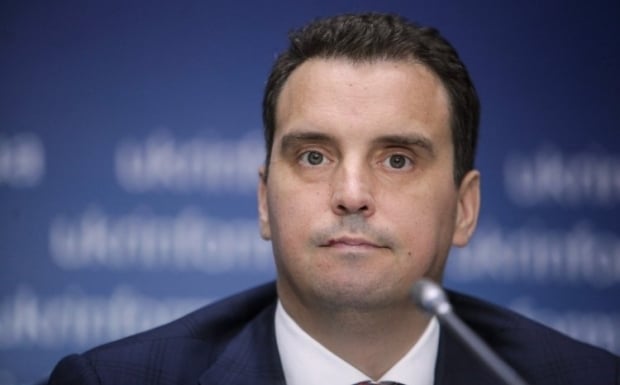 "Me and my team, we are ready to go immediately. I am asking the parliament to vote for my resignation tomorrow," said Abromavicius at a Tuesday's briefing in Kyiv.

The Minister stressed that the key reason for his move was the conflict with the deputy head of the Bloc of Petro Poroshenko, Ihor Kononenko.

“Me and my team, we do not want to be a cover for blatant corruption or controlled puppets for those who want to establish control over public funds in style of the old government. I don’t want to come to Davos to meet with foreign investors and partners, telling them about our successes, while certain issues in the interests of certain individuals are solved behind my back," reads the statement on the Ministry's website.

"These individuals have names. And I do want to name one of them. This is Ihor Kononenko. As a representative of a political party that nominated me for the post of minister, he has done a lot recently in order to block my work and the work of my team. First, the BPP deputies controlled by Kononenko drafted a resolution on my resignation and submitted it to Parliament through Vidrodzhennia faction. For several months, it has gained just 18 votes," Abromavicius said.

Read alsoPoroshenko Bloc names possible candidates for new government"During the year, Ihor Kononenko actively lobbied his people for the position of Ukrtransamiak director. Kononenko was personally interested in Ukrtransamiak where, instead of throwing out MP from the Party of Regions Bondyk from office, he got his people to manage the company together with the latter. MP from the BPP directly controlled by Kononenko pressed on appointment in Derzhzovnishinform, powder metallurgy enterprises, and the National Accreditation Agency of Ukraine," says the statement.

The culmination of the lawlessness in personnel issues and desire to fully subdue [the money] flows was the will to have his [Kononenko’s] "own" deputy minister in the Ministry of Economy, who would be responsible for Naftogaz and other state-owned enterprises. The candidate presented a full package of documents for his appointment and said: "I want to be your deputy. I’m in Kononenko’s team, and my candidacy has been agreed above." Then I received a call from Presidential Administration with an insistent recommendation to accept this person, and also another one - as deputy for defense issues. To which I replied: "I will not be part of this bargaining," and asked to release from office.

Read alsoGames of populists"Eventually, Kononenko said he wants to hear my report at a faction meeting and consider my resignation. I decided to facilitate the task of Kononenko and his team, so I submitted a resignation letter," said Abromavicius.

Abrmavicius thanked his team from the Ministry of Economic Development team, all the partners, international organizations, the business community and his allies in the Government and the Verkhovna Rada. "I would be happy to continue working on the reforms in the economy as a team with these people. But under these circumstances, it would be more honest to step aside and to do something that can actually bring results," said Abromavicius. "I am a patriot of Ukraine. I live here, and so does my family. We managed to do a lot, but the point of no return has not yet been passed. The forces of evil want to rewind it back. We must get rid of 'supervisors' that have been milking Ukrainian economy. There should be no such people in Ukrainian politics and in the Government."

As UNIAN reported earlier, Aivaras Abromavicius was appointed minister in December 2014. Prior to his appointment, he has earned 18 years of experience in investment companies with headquarters in Stockholm and other European capitals.