Pyatt says Abromavicius "one of great champions of reform" 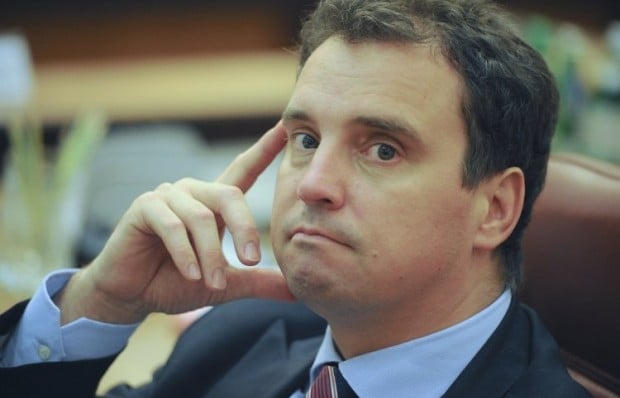 “One of the Ukrainian government's great champions of reform,” Pyatt tweeted characterizing Abromavicius.

In this regard, he expressed his thought that Abromavicius is a “believer in the future Ukraine's people deserve.”

One of the Ukrainian government's great champions of reform...and a believer in the future Ukraine's people deserve https://t.co/cwdnsl29OK

As UNIAN reported earlier, today the Minister of Economic Development and Trade Aivaras Abromavicius decided to resign and called on Parliament to vote on the matter tomorrow.

Pyatt has earlier expressed support for the current composition of the Ukrainian government:

Read alsoPyatt: Ukraine's huge mistake - to create troll factory and 'Ministry of Truth'“I hear some very dangerous voices today saying that, ‘We’ve had enough of these technocratic ministers.  We’ve had enough of professional governance.  Now it’s the politicians’ turn to take the reins.  That there should be a reload of the government to put real politicians, and not these technocratic English-speaking ministers we’ve had over the past year.’ I think that would be an enormous mistake, in part because it would fuel the Kremlin attempt to mischaracterize Ukraine and say that Ukraine is a failing state, when in fact Ukraine is an emerging European democracy.”