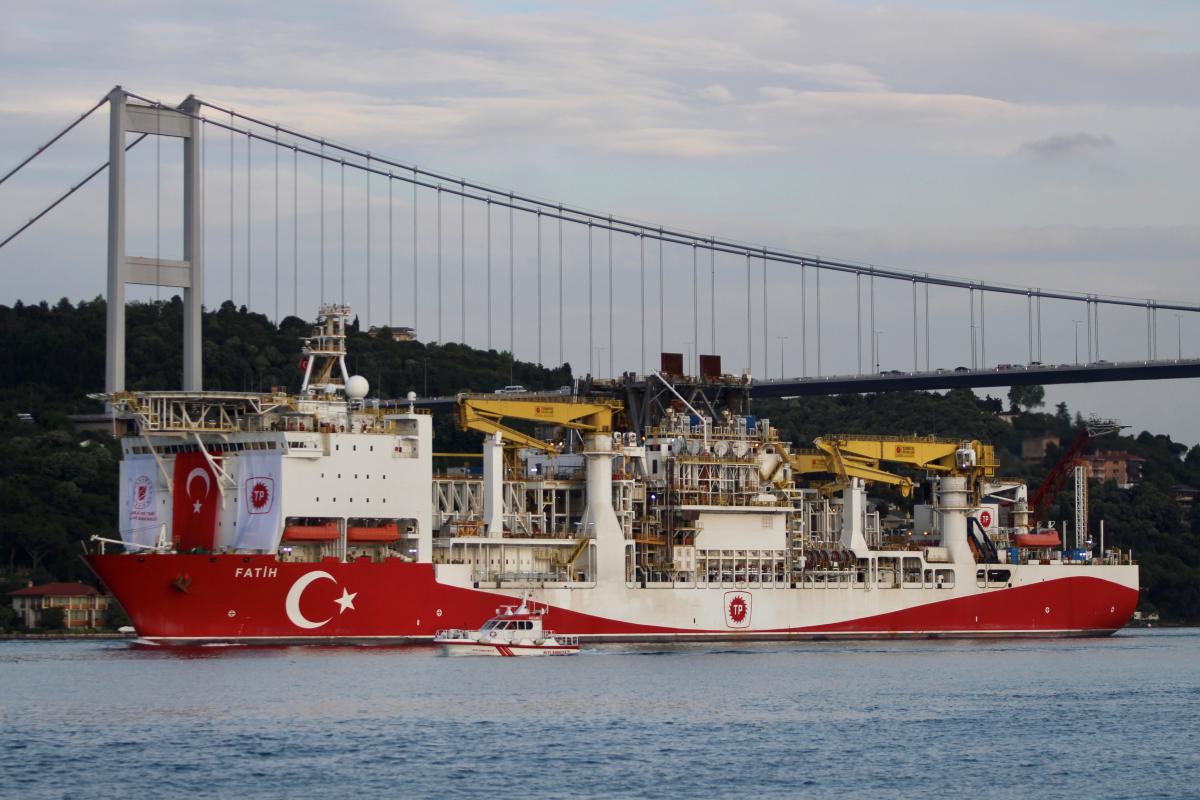 President Recep Tayyip Erdogan said Turkey has found 320 billion cubic meters of natural gas in the biggest ever discovery in the Black Sea, and hopes to begin production by 2023.

"We have conducted this operation completely through national means," Erdogan said Friday in a much-trailed press conference at his office in Istanbul, Bloomberg wrote.

"We didn't even rely one bit on foreign sources in drilling operations," he said.

The Fatih drill ship located the gas in the so-called Tuna-1 field, he said, and exploration is continuing in other fields.

Tuna-1, some 150 kilometers (93.2 miles) from Turkey's coast, is close to an area where maritime borders of Bulgaria and Romania converge. It's not far from Romania's Neptun block, the largest gas find in the Black Sea in decades discovered eight years ago by Petrom and Exxon.

Turkey bought three drilling ships in recent years as it dramatically expanded energy exploration in the Black Sea and contested waters of the eastern Mediterranean. It's keen to find sizable energy reserves to ease its heavy reliance on imports from Iran, Iraq and Russia, and support one of the biggest economies in the Middle East.