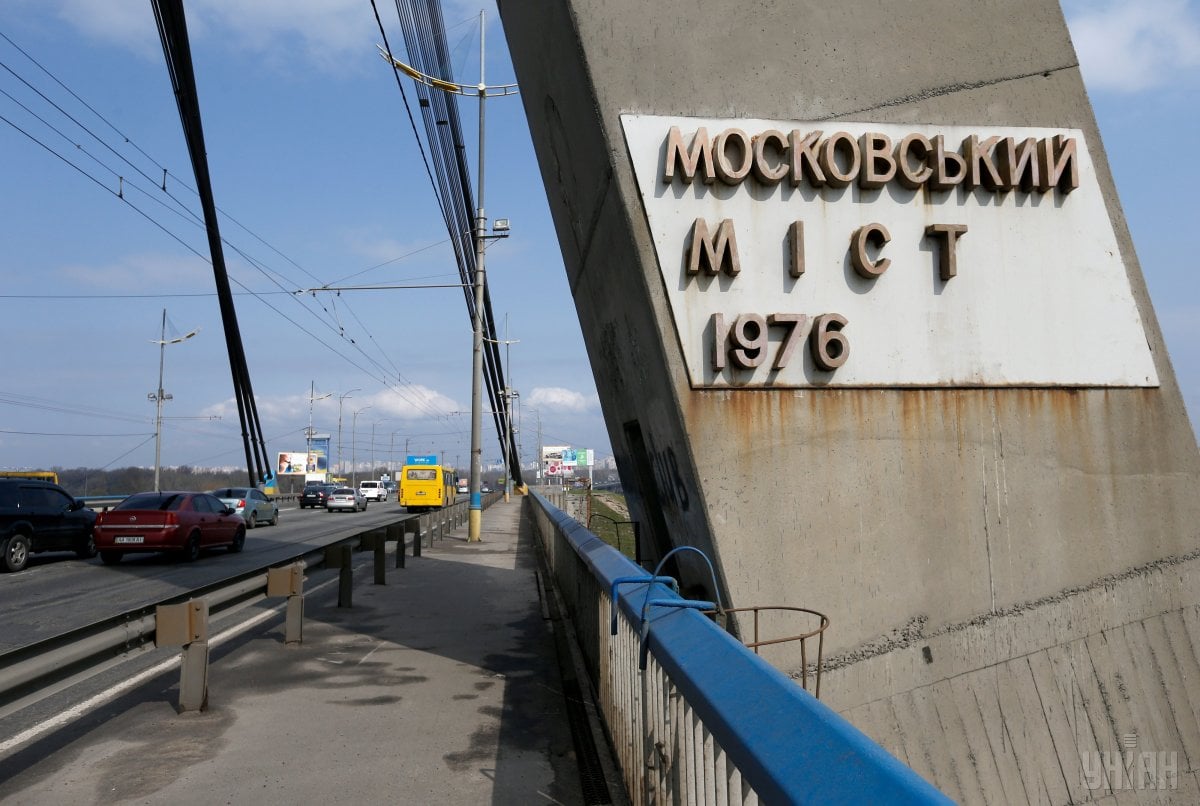 A total of 82 deputies out of 89 members of the City Council backed the decision on Thursday, Feb 22, according to an UNIAN correspondent.

Previously it was reported that the bridge could be renamed in honor of George Fuks, the bridge's designer. However, it was renamed into Pivnichnyi by analogy with the Pivdennyi ("Southern") bridge, which connects Dnipro River banks downstream the Dnipro river.

As UNIAN reported earlier, Moskovskyi (Moscow) Avenue leading to the newly-renamed bridge was in 2017 renamed as Bandera Avenue as part of the decommunization drive.

Kyiv mayor Vitali Klitschko earlier suggested that the Council rename the street where the Russian Embassy in Ukraine is located after Russian opposition leader and Vladimir Putin's vocal critic Boris Nemtsov, who was killed in Moscow on February 27, 2015.