Left-wing parties stage rally in Kyiv on May 1 (Photo)

The demonstrators said they arranged a peaceful rally to show their support for workers' rights. 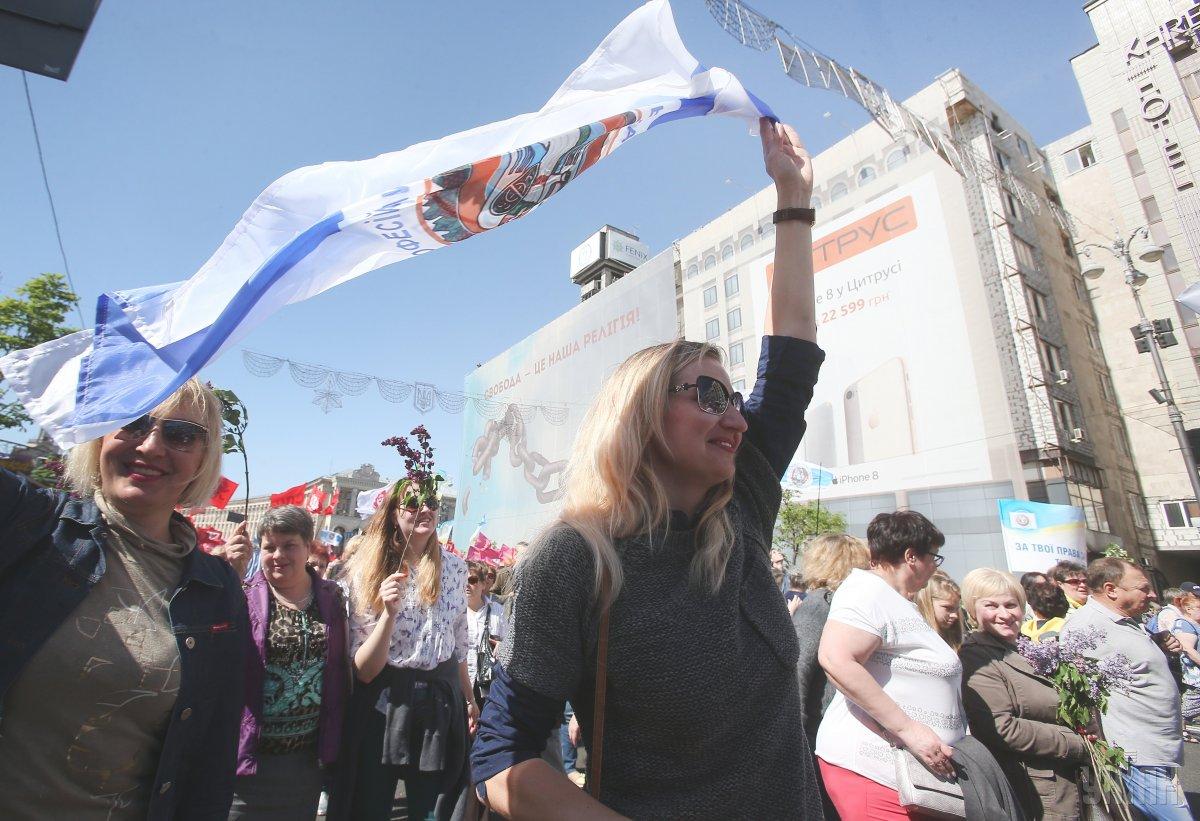 Ukraine's left-wing parties staged a rally, titled "March of the Working People," in the center of Kyiv on May 1.

According to Kyiv City Council of Trade Unions, the event "is designed to draw attention of state and local authorities, employers and businesses to the need to address workers' pressing problems," the Ukrainian online newspaper ZN.ua. reported.

The activists – from 600 to 1,000 people – gathered near Kyiv's Khreshchatyk subway station. Then a column of demonstrators moved to Yevropeyska Ploshcha ["European Square"]. The participants said they arranged a peaceful rally to show their support for workers' rights.

Representatives of the National Guard and the Patrol Police accompanied the column. They reported no violations of public order.

If you see a spelling error on our site, select it and press Ctrl+Enter
Tags:RightsKyivpolicerallyMayactivistsdemonstratorsworkers