About 9,000 people declared their participation in the event. 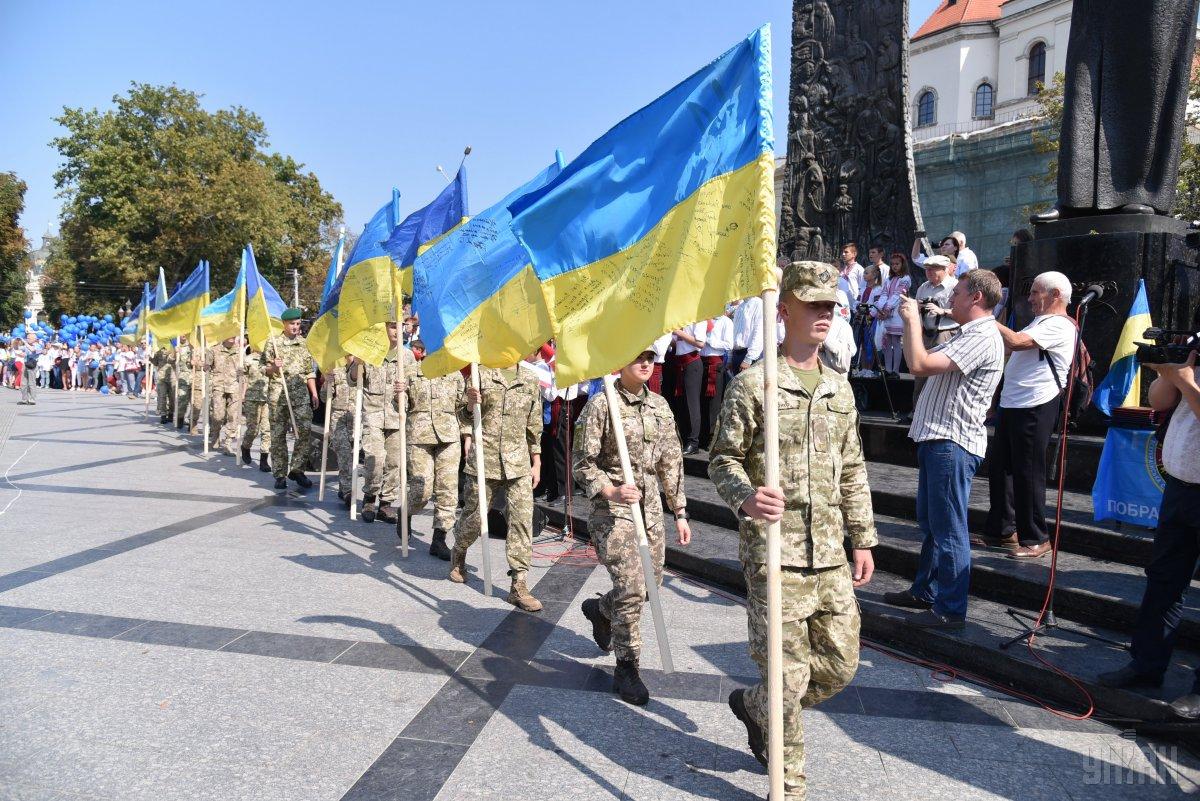 The first rehearsal of the March of Defenders of Ukraine, which will be held in the Ukrainian capital city of Kyiv on Independence Day, August 24, took place on Sunday.

Members of the Municipal Guard, who will become stewards at the event, determined how the columns of the march participants would look like and how to accompany them, the TV news service TSN reported.

As UNIAN reported earlier, about 9,000 people declared they would take part in the march. After Ukrainian President Volodymyr Zelensky had announced there would be no traditional parade on Khreshchatyk, the city's main street, Donbas war veterans who participated in the Anti-Terrorist Operation (ATO) and the Joint Forces Operation (JFO) to counter Russian aggression in the east of Ukraine said they would hold their own march in Kyiv's center on Independence Day.