The investigators are considering several theories of the crime. 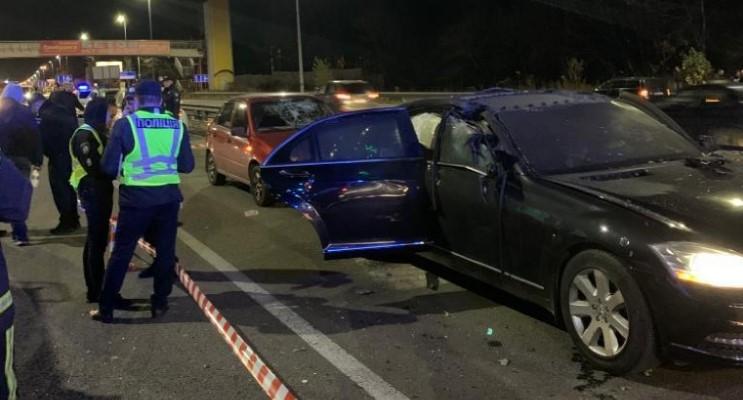 A 43-year-old police officer was killed in a Mercedes car blast on Brest-Lytovske highway in Kyiv's Svyatoshynsky district on November 6.

A 57-year-old businessman and a 34-year-old driver received injuries of varying severity as a result of the blast and were hospitalized, according to the press service of Kyiv's police office.

The investigators are considering several theories of the crime. The 57-year-old man's entrepreneurial activity is a major one.

Criminal proceedings were opened under Part 2 of Article 115 (pre-meditated murder) of the Criminal Code of Ukraine on the fact of the incident.

As UNIAN reported earlier, an explosion hit a Mercedes on November 6 as the car was driving along Brest-Lytovske highway in Kyiv's Svyatoshynsky district. A motorcyclist reportedly threw explosives on the roof of the car.

If you see a spelling error on our site, select it and press Ctrl+Enter
Tags:UkrainedeathKyivpolicecrimeincidentcarblastofficer