The two stations are to be launched before the end of 2021. 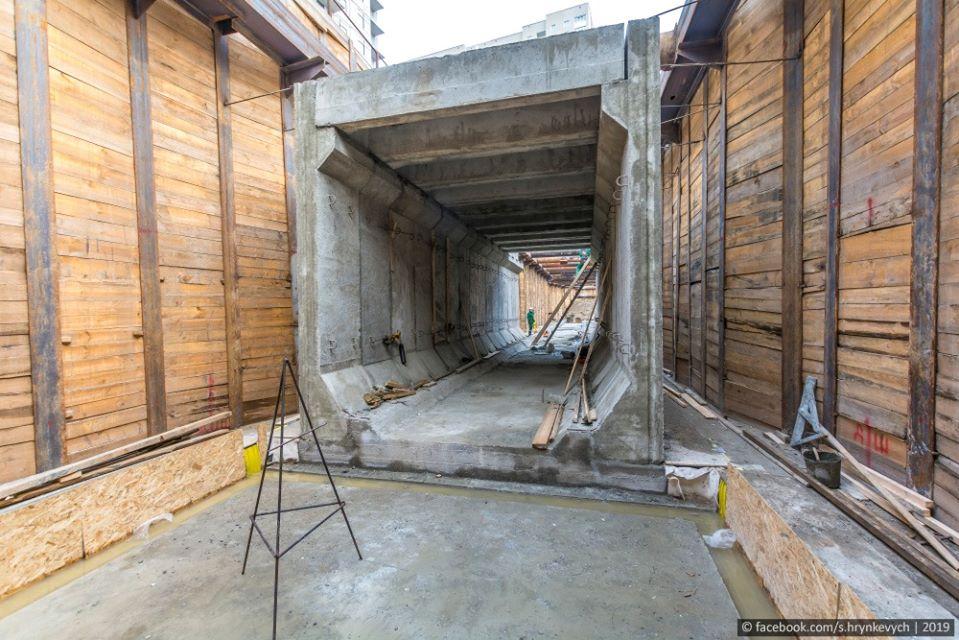 The Kyiv Metro, a municipally owned subway system, has reported the first tunnel of a subway line towards the Vynohradar residential area in Kyiv's Podil district has already been built.

"This is an air conduit between the Mostytska and Prospekt Pravdy subway stations. A pit is being prepared next to the mounting and shield chamber, via which a tunnel boring machine will be moving from the Mostytska [subway station] to the Syrets [subway station]," Kyiv Metro wrote on Facebook on November 18, having posted the relevant photos.

Works are under way at several construction sites simultaneously, it added.

As UNIAN reported earlier, the Kyiv Metro on November 20, 2018, concluded an agreement with PJSC Kyivmetrobud (Kyiv), which won a tender via the ProZorro public e-procurement system to build a subway section that will extend the Syretsko-Pecherska line from the Syrets subway station to the Vynohradar residential area in Kyiv's Podil district.

The estimated budget of the project is UAH 5.993 billion (US$247.6 million). According to the feasibility study, the construction of four stations on the new section of the subway line to Vynohradar was approved: two of them in the first stage of construction and one station in the second and third stages each (the Marshal Grechko and Vynohradar subway stations).

On June 6, Kyiv Mayor Vitaliy Klitschko said that equipment had been placed into a special well near the Syrets station to tunnel in the direction of the future Mostytska subway station. At that time, on leg of a root between the Mostytska and Prospekt Pravdy subway stations, works were carried out to strengthen the soil there. At the site of the Mostytska station, holes for ventilation shafts were being drilled, while the foundation was being built. The two stations are to be launched before the end of 2021.

If you see a spelling error on our site, select it and press Ctrl+Enter
Tags:KyivKlitschkosubwayconstruction