Eyewitnesses could see steam coming out from the hole. 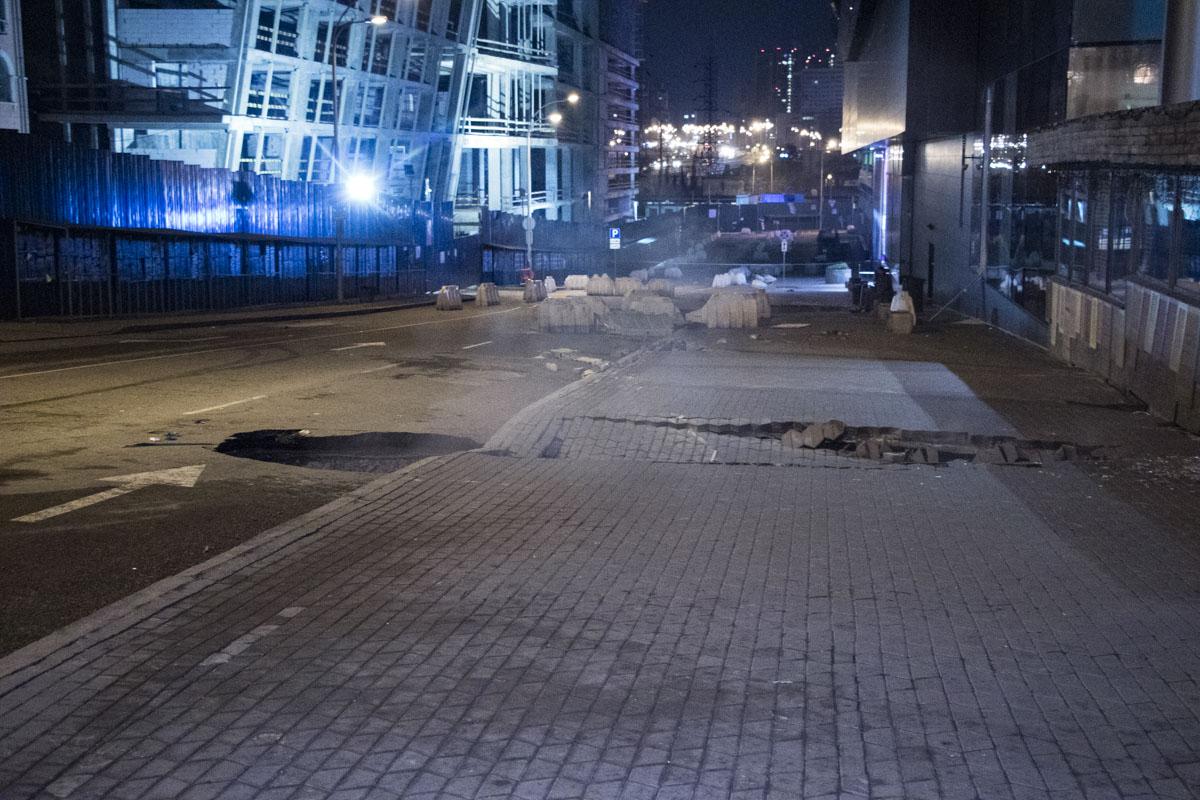 Another sinkhole opened up outside Kyiv's Ocean Plaza Mall early on January 14 during works to eliminate a recent utility pipe burst of the municipal heating system.

The asphalt of the traffic area and part of paving slabs in the pedestrian zone collapsed near the entrance to the Auchan hypermarket, the Kyiv Informator media outlet reported.

Traffic was blocked, it said.

Earlier, no signs of the collapse were seen there at about 23:00 Kyiv time on January 13, i.e. it occurred between 23:00 and 07:00 Kyiv time on Tuesday. Eyewitnesses could see steam coming from the hole.

In addition, shop windows of two neighboring cafes were broken under unknown circumstances. 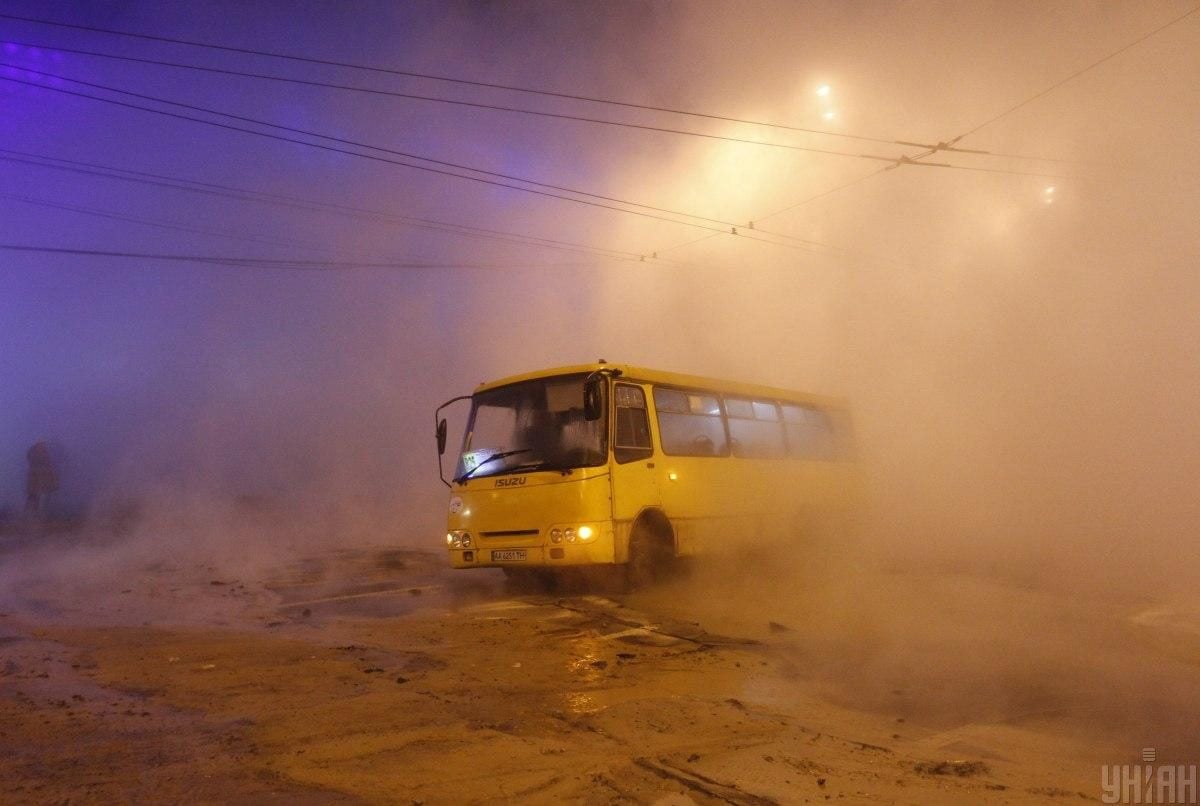 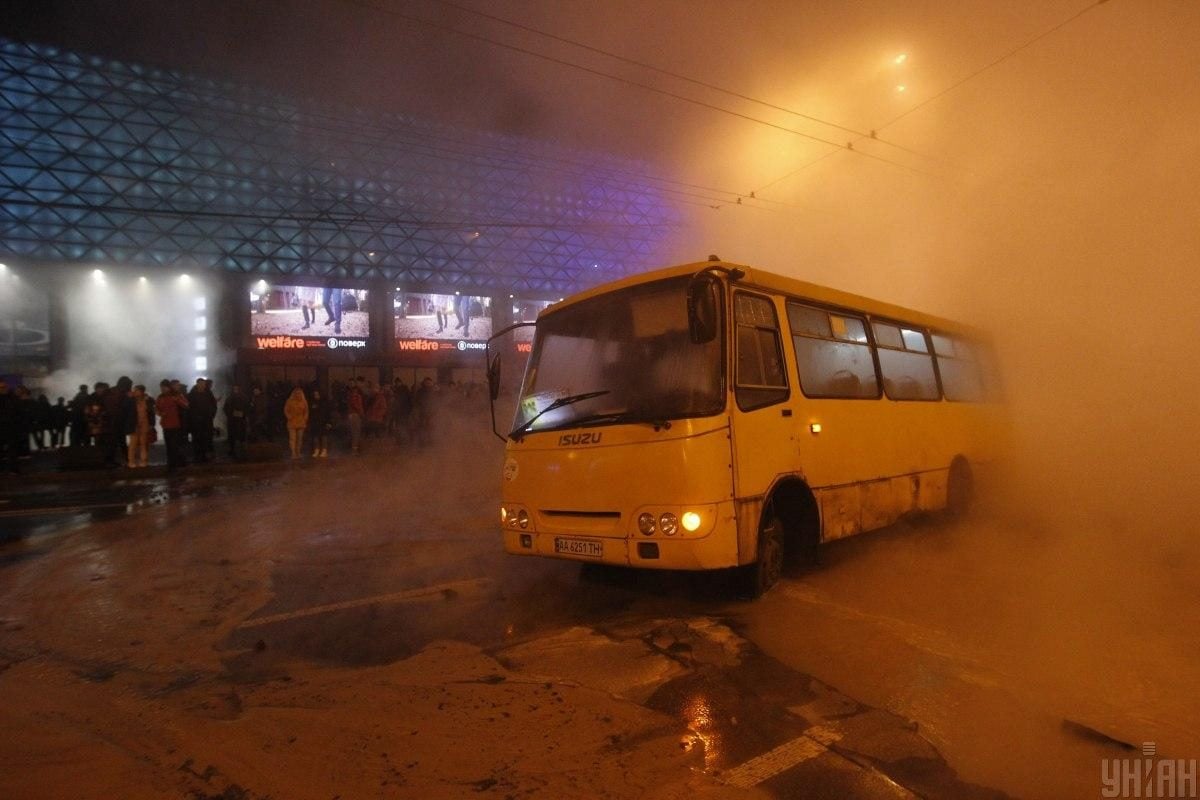 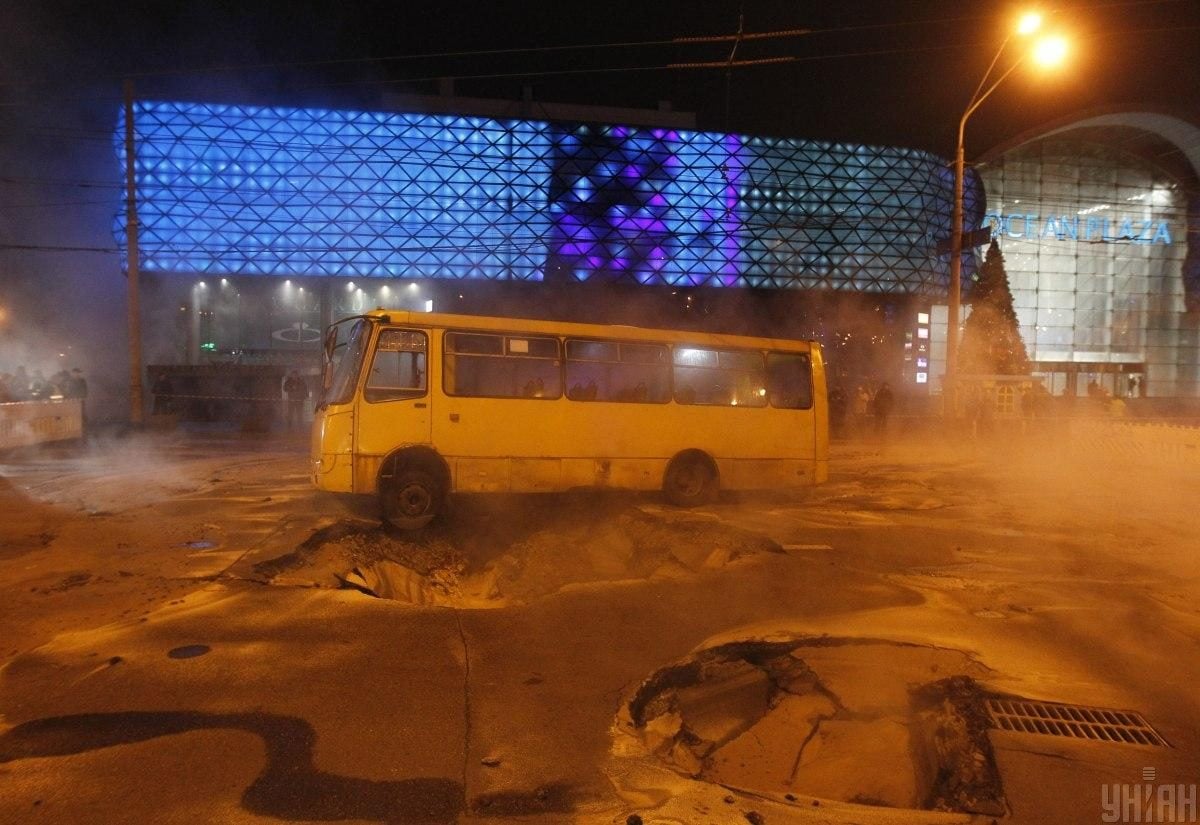 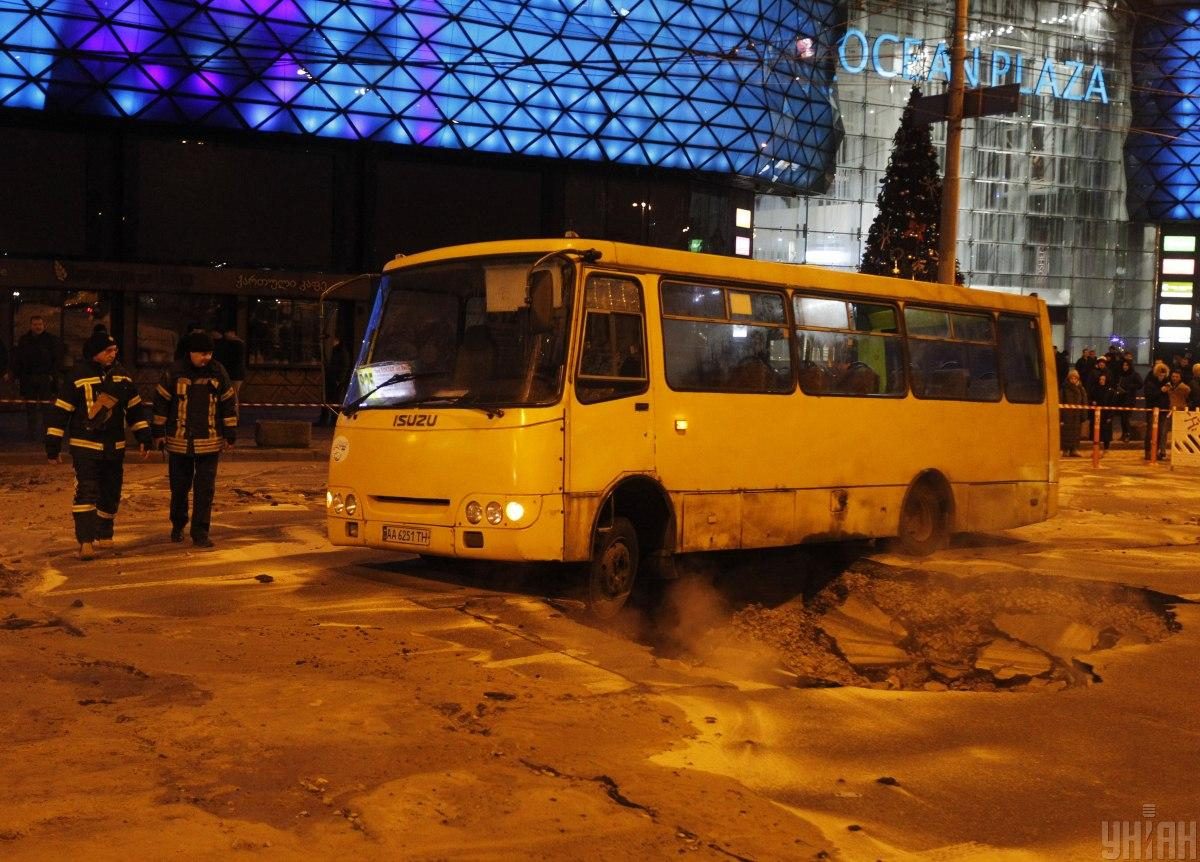 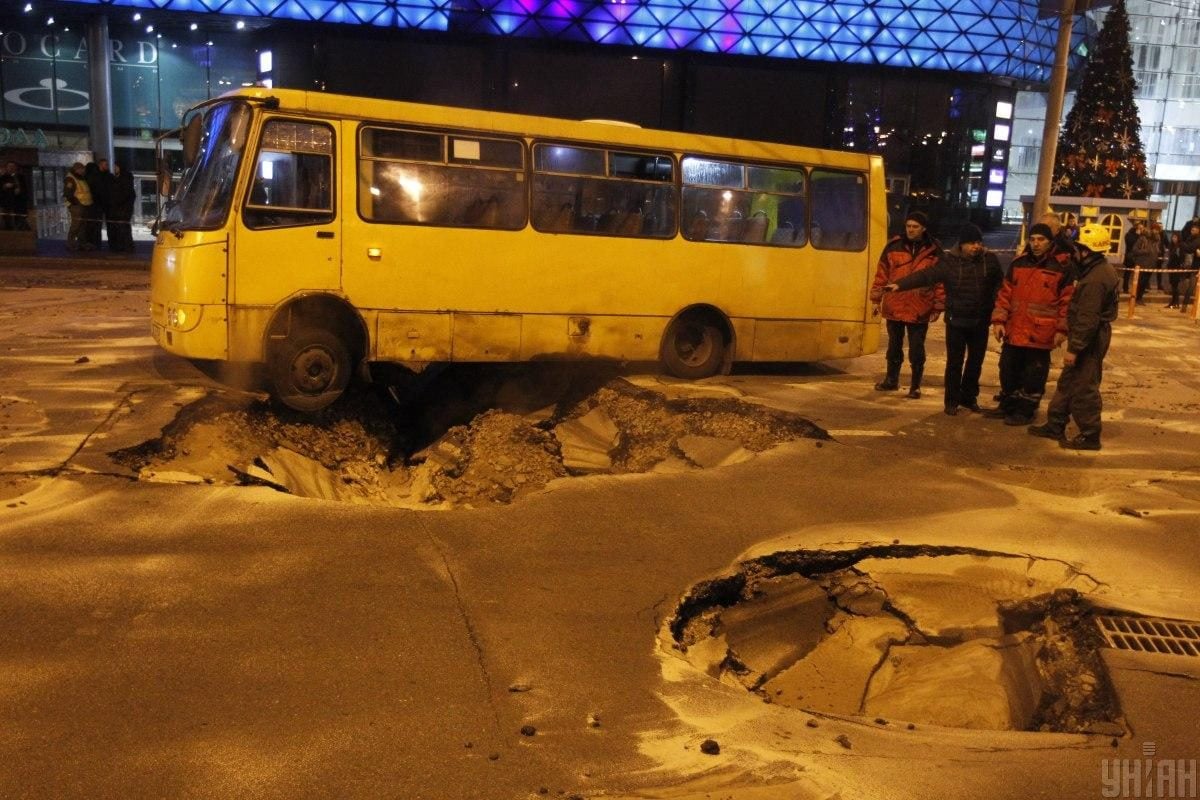 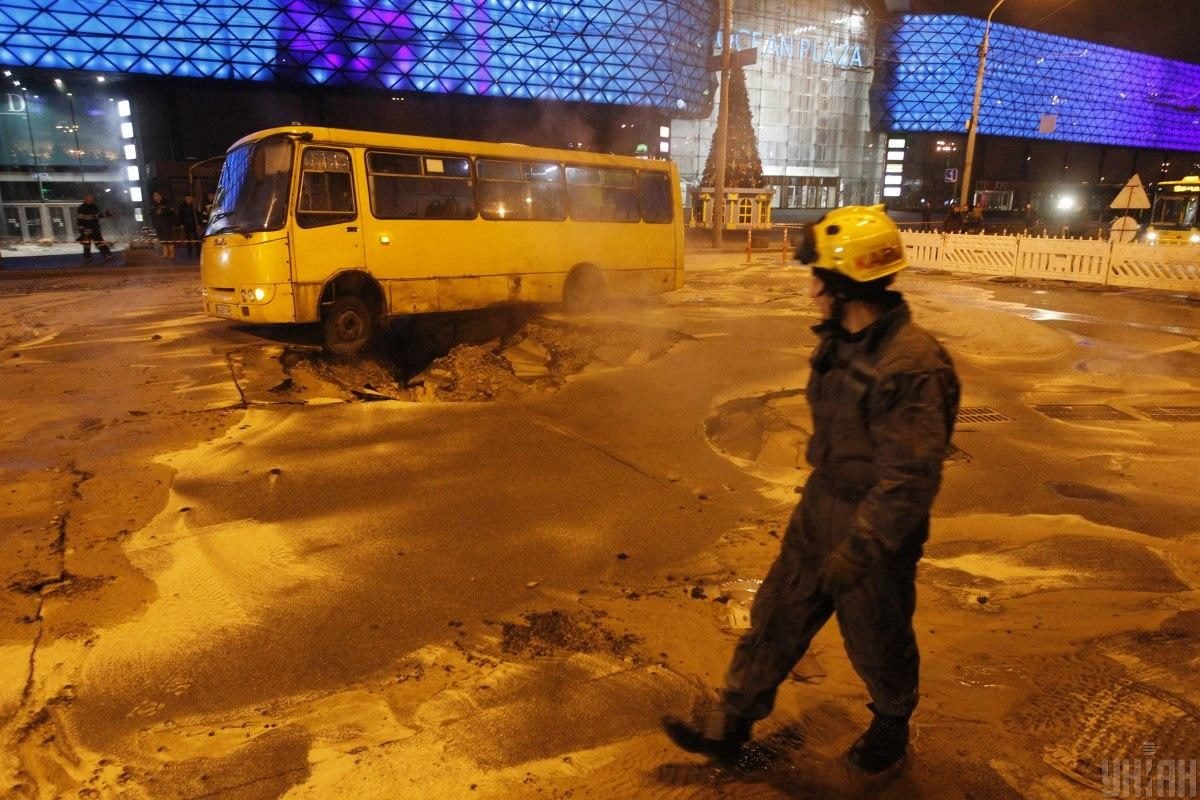 Boiling hot water was seen flowing across the area adjacent to the mall, including a motorway.

According to the latest information, seven people were hospitalized with burns during the incident. Kyiv City Administration says it is mulling over the payment of compensation to all the victims.