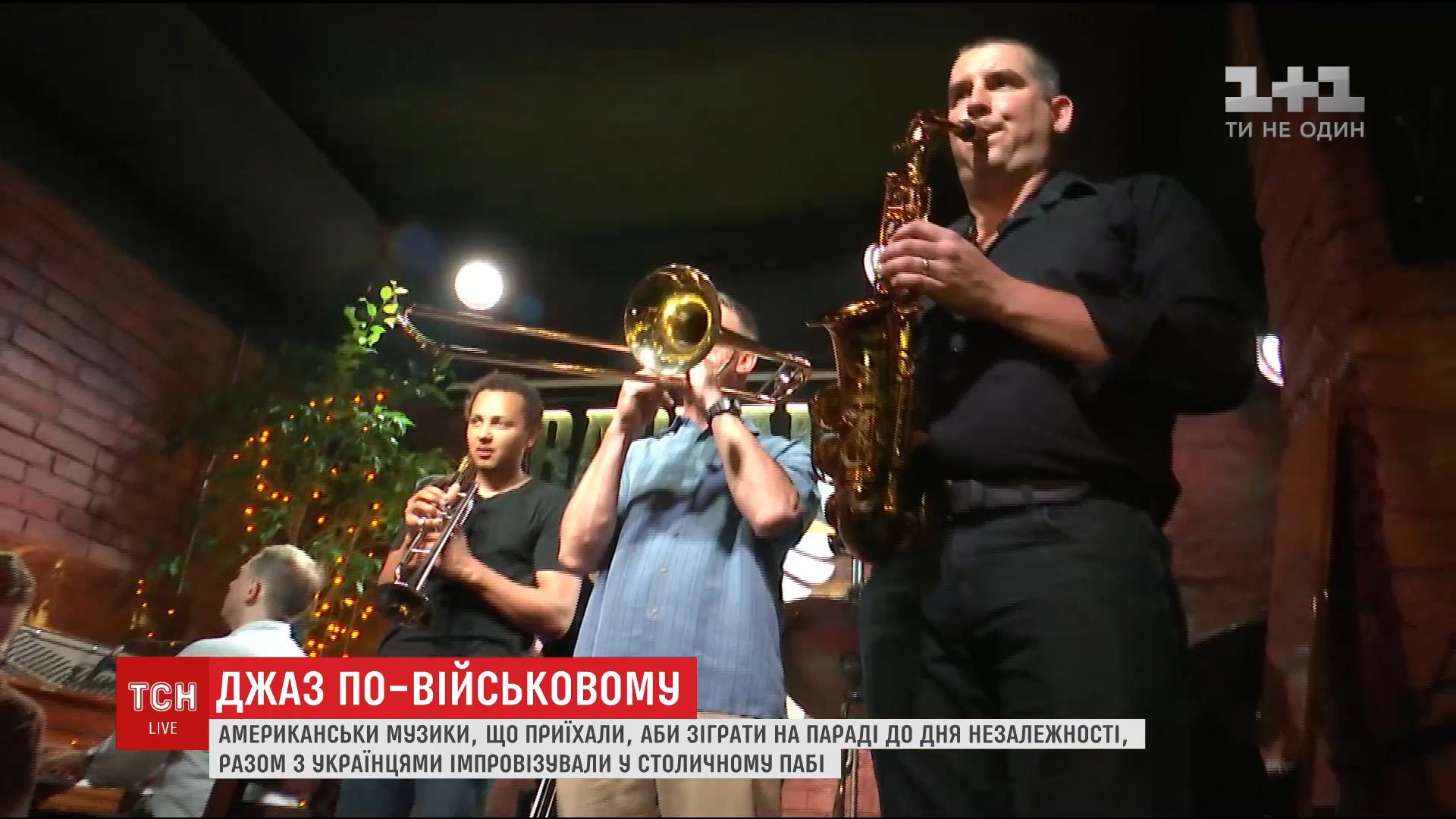 They usually play classical music. However, the musicians made time for an evening jam session, playing together with their Ukrainian counterparts. They say it was a sheer improvisation through the jazz language.

Read alsoIndependence Day parade in Kyiv to involve 231 foreign militaryAs UNIAN reported earlier, on August 24, 2017, the Independence Day of Ukraine, a military parade would be held in Kyiv. Ukrainian Defense Minister Stepan Poltorak says it will be held in a different way" than the previous parades. In addition, a presentation of modern weapons developed over the past three years will be held as part of the celebration.

If you see a spelling error on our site, select it and press Ctrl+Enter
Tags:militaryparadeindependenceday