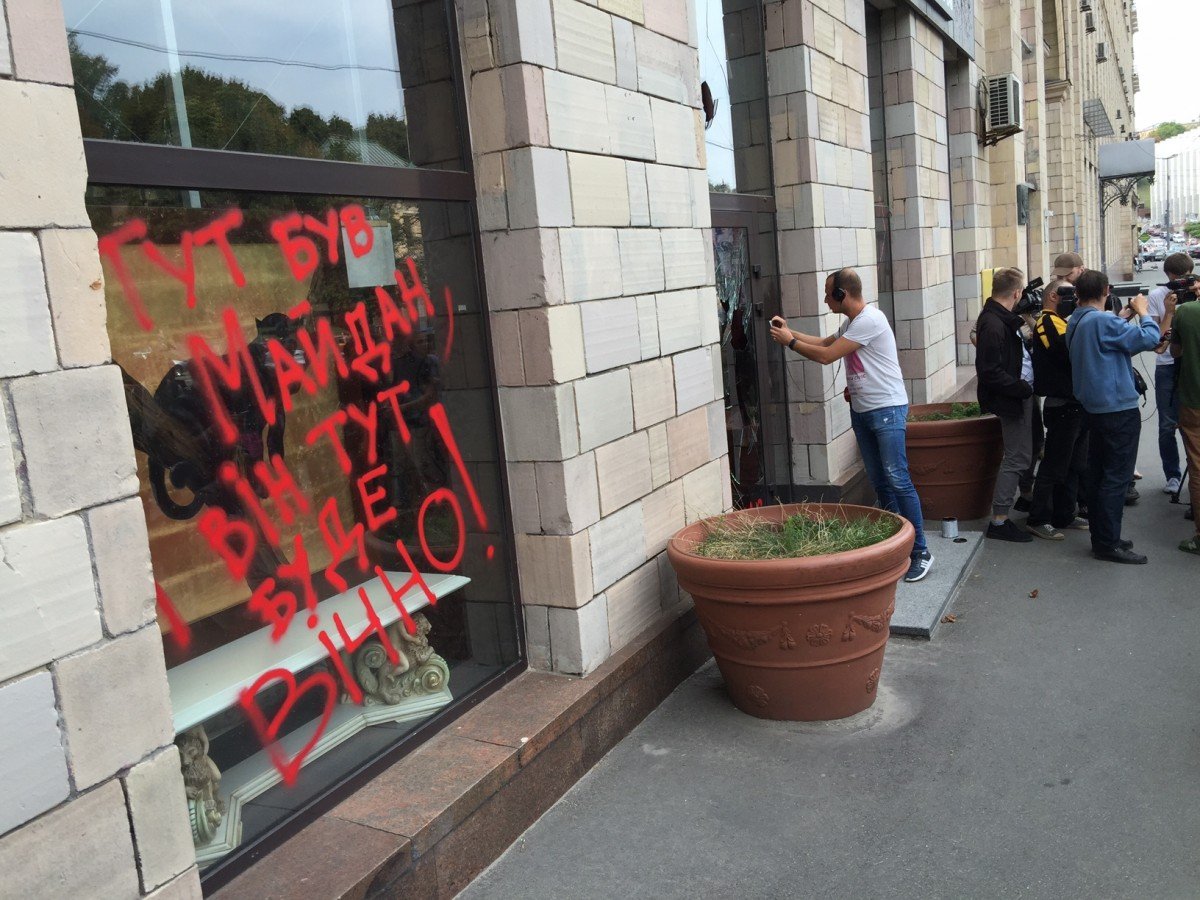 The glass door of the Emporium furniture store was broken; the unknown set fire to several car tires lying at the entrance of the outlet.

Photos from the event available to UNIAN show that they also wrote: "Maidan was here, and it will be here forever" on one of the windows.

Read alsoTurchynov names masterminds behind plans to start carnage at Kyiv's MaidanAs UNIAN reported, it became known on September 3 that graffiti with the images of Ukrainian poets Taras Shevchenko, Lesya Ukrainka and Ivan Franko disappeared from the facade of the house on Kyiv's Hrushevsky Street where the Emporium furniture store is located.

The Ukrainian Institute of National Remembrance named the destruction of the graffiti a crime and stated that it would file a claim at the General Prosecutor's Office of Ukraine in connection with the fact.

Ukrainian Prosecutor General Yuriy Lutsenko commented on the event on the same day. He announced the Kyiv Prosecutor's Office had opened a criminal investigation into the destruction of the graffiti.

He recalled that under Culture Ministry order No. 869 dated October 15, 2014, the place of unrest and mass killings of citizens in the Hrushevsky Street quarter in Kyiv during the protests in February 2014 is designated as an object of cultural heritage whose damage or destruction entails criminal liability under Article 298 of the Criminal Code of Ukraine (destruction or damage to historical or cultural monuments).

"In addition, the business of vandals from Emporium will be scrutinized by all state controlling agencies in the near future," the chief prosecutor promised. 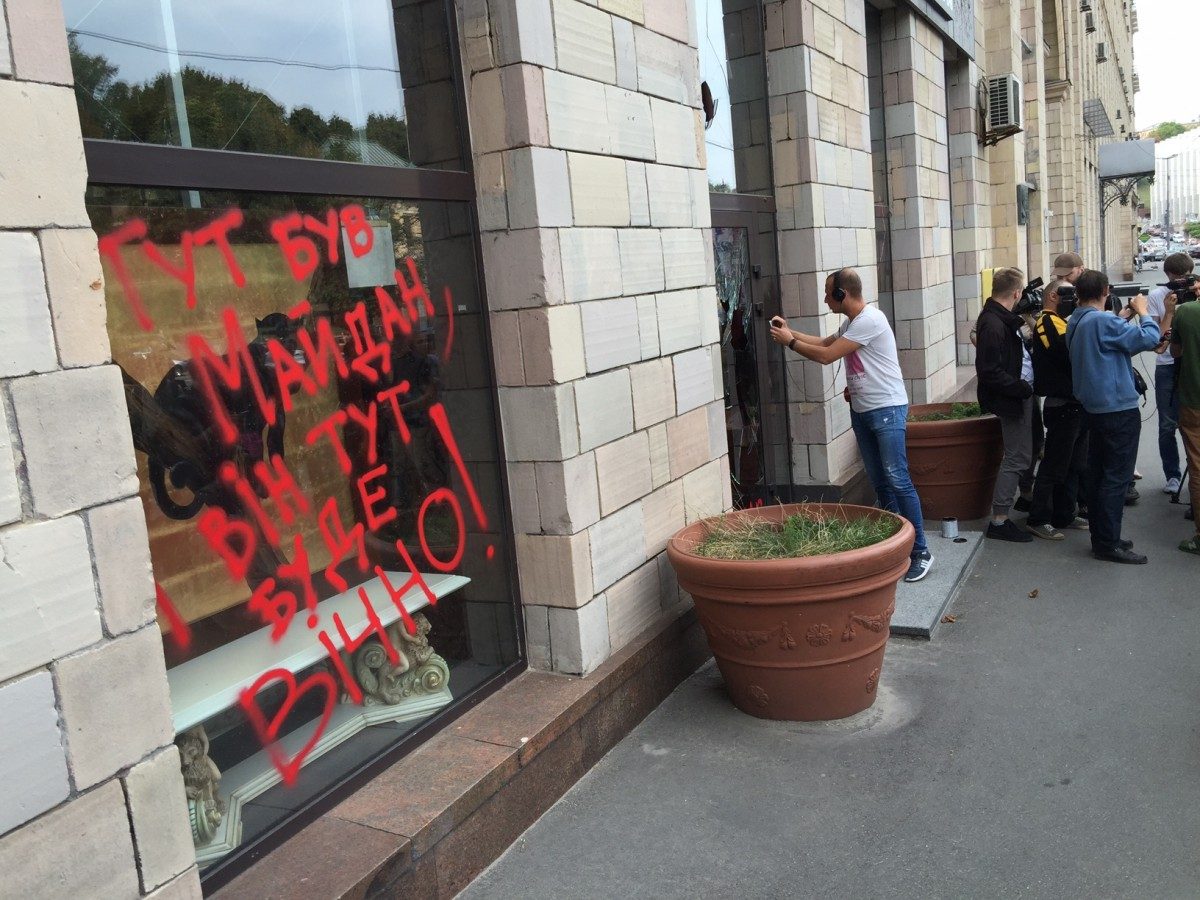 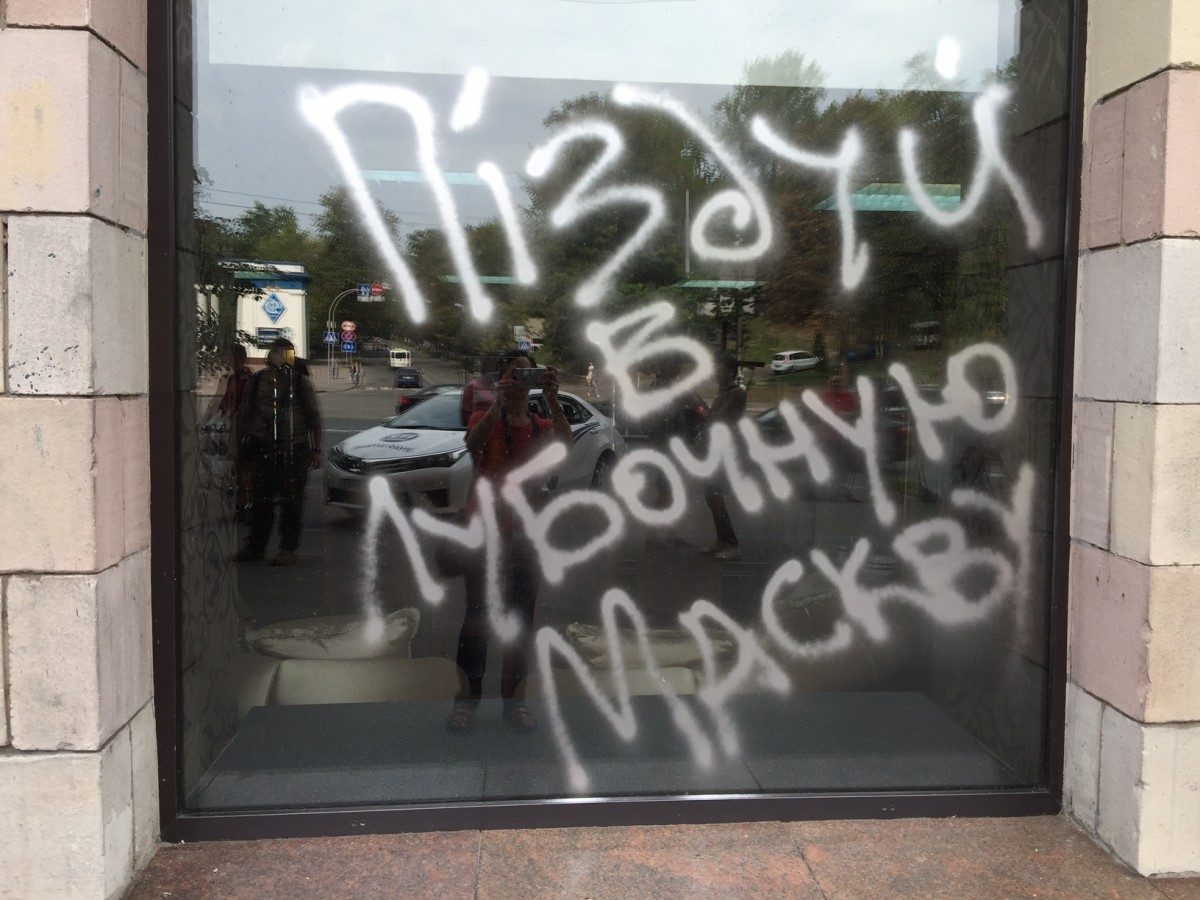 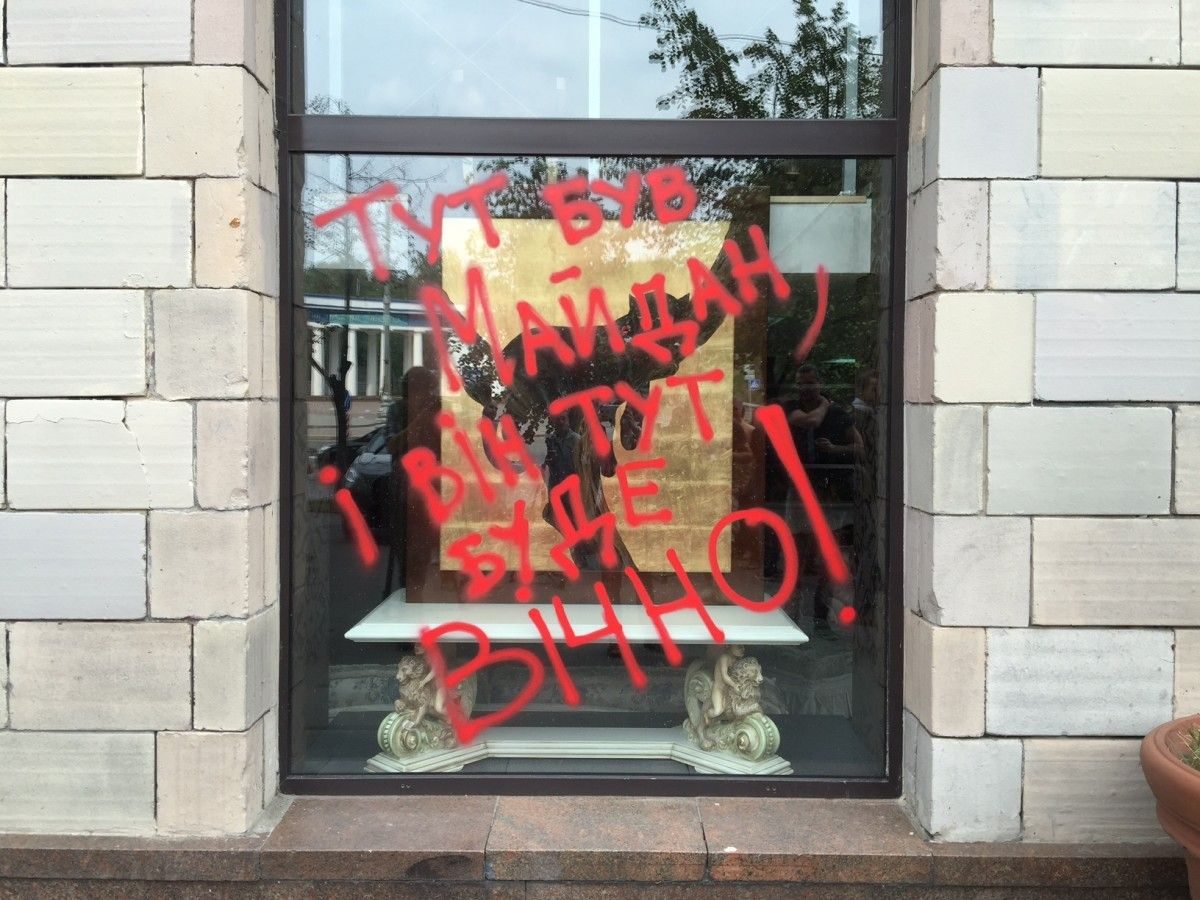 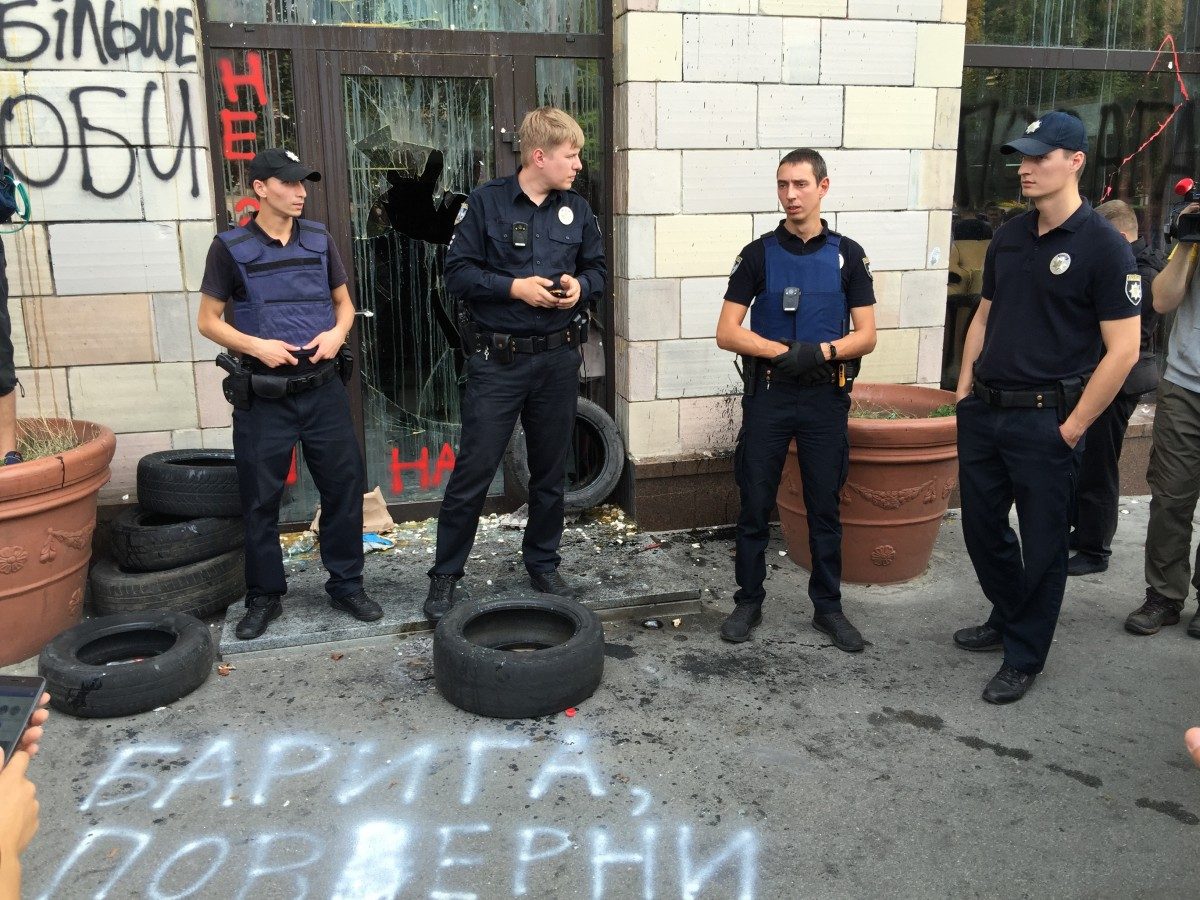 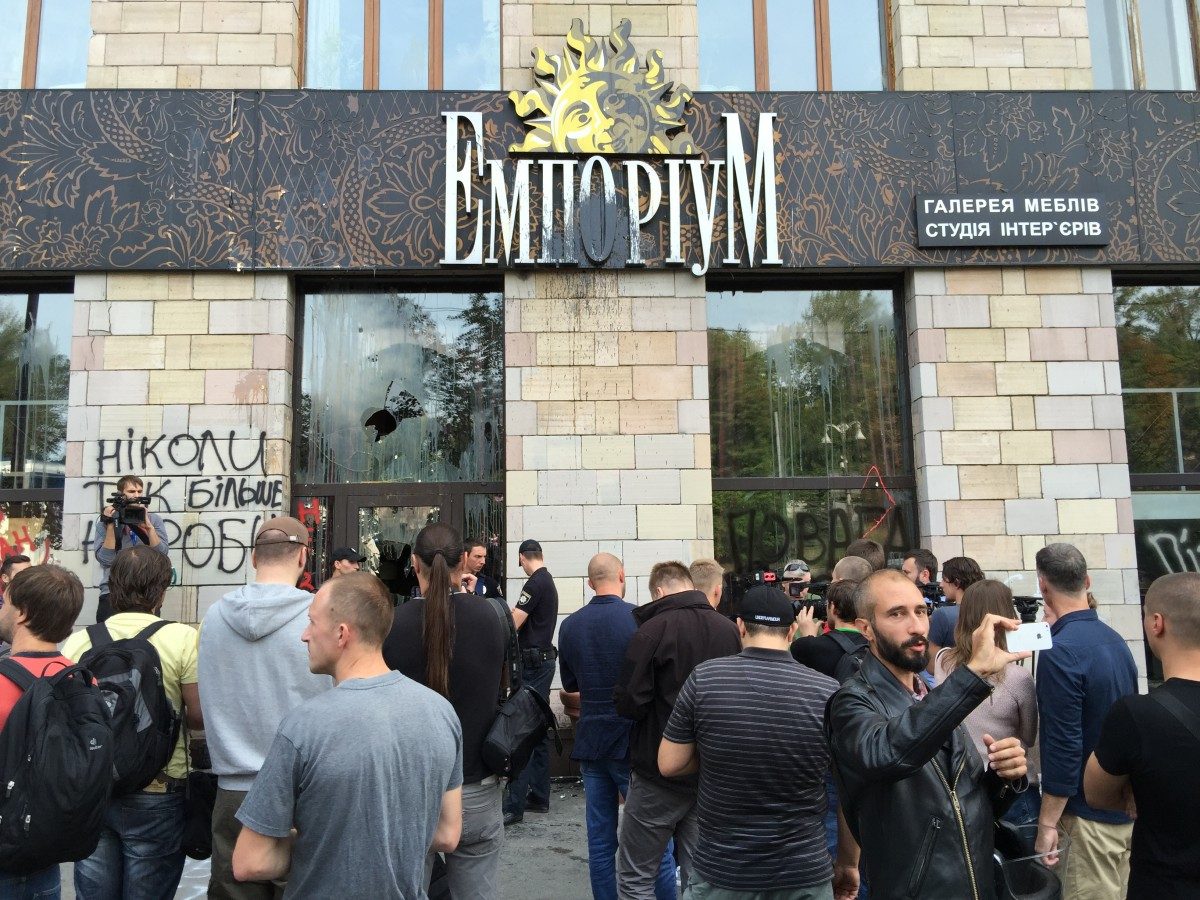 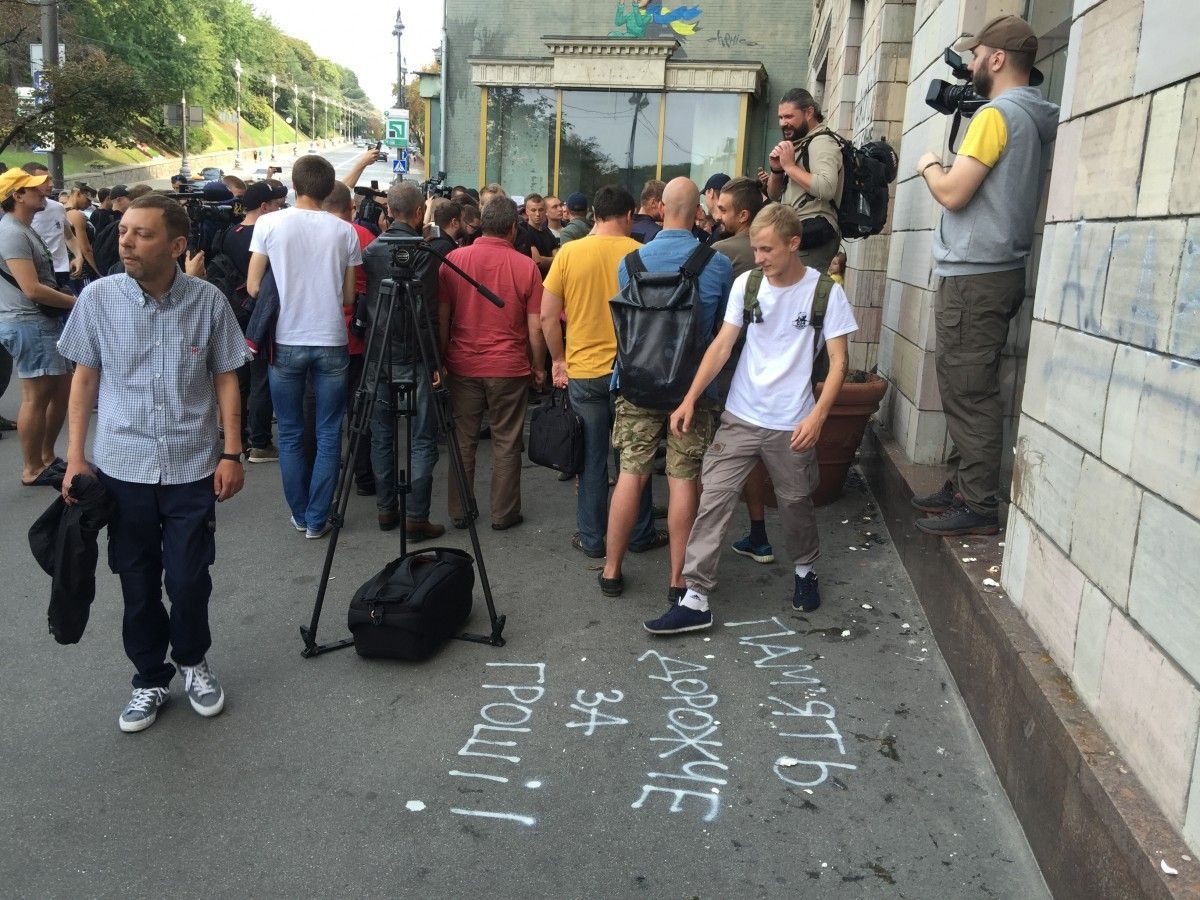 © UNIAN
If you see a spelling error on our site, select it and press Ctrl+Enter
Tags:MaidanKyiv