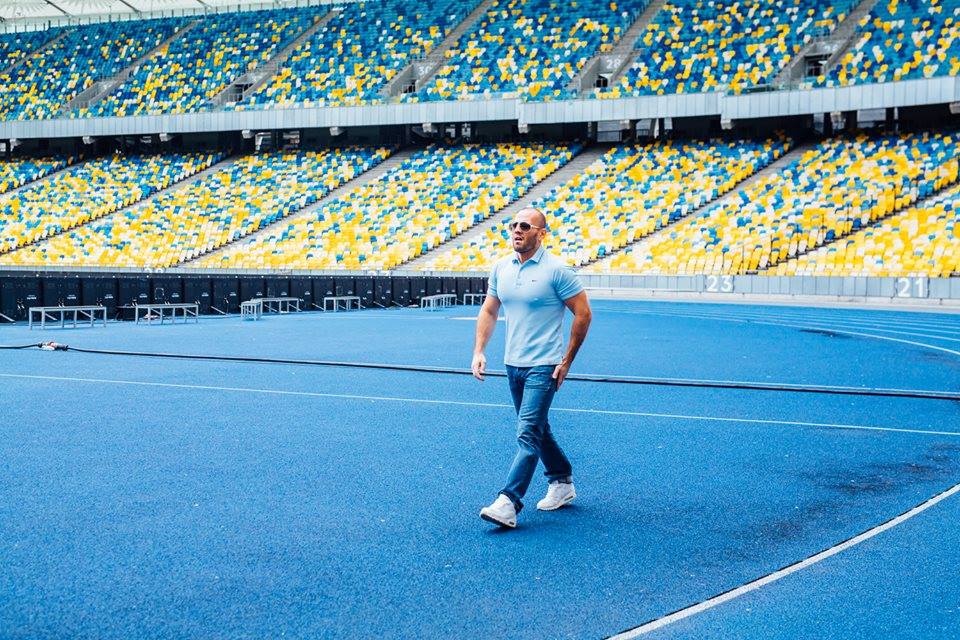 “You think shooting in the rain isn’t fun? Not when the star from The Transporter movie Jason Statham takes part. It's hard to believe, but recently a commercial was shot at the NSC Olympiysky… where he starred,” the stadium’s press service wrote on Facebook.

Read alsoMila Kunis visits her place of birth in Ukraine, brings Ashton Kutcher (Photos)There have been reports on social networks that the commercial was themed to resemble a spy movie.

As UNIAN reported earlier, Kyiv has already become a location for the filming of creative TV commercials. Most recently, the ad about the new generation Apple Watch 3 was released, shot at the Kyiv Train Station.

If you see a spelling error on our site, select it and press Ctrl+Enter
Tags:UkraineKyivcommercial