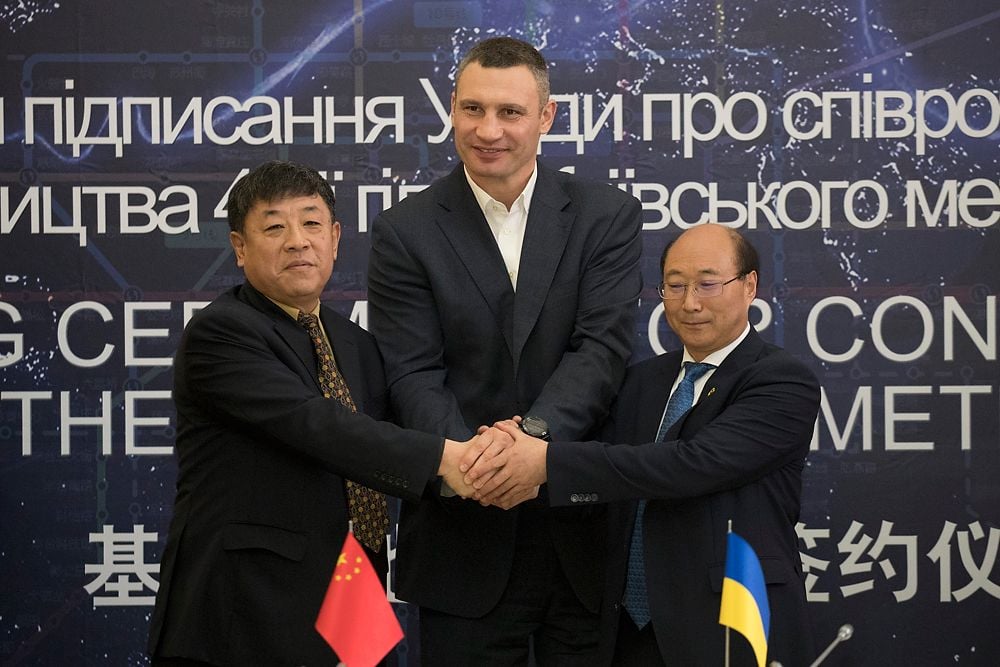 "We have just signed a memorandum of cooperation with representatives of a consortium consisting of China Railway International Group Co., Ltd. and China Pacific Construction Group. This deal means investment in the construction of Kyiv's fourth subway line that will connect the two banks [of the Dnipro River] from Zhulyany to Troyeshchyna through Podilsko-Voskresensky Bridge," Klitschko said on Wednesday, November 22.

Read alsoCabinet names priority infrastructure projectsThe signed document provides for the creation of an ad hoc group of Ukrainian and Chinese experts to develop the best technical and financial solutions to the implementation of the project.

Construction costs are estimated at US$2 billion, with 85% of the projected budget to be secured by a loan from Chinese financial institutions.

"Ukraine considers the possibility of raising this loan against state guarantees for the repayment of the debt. The loan repayment period will be from 15 to 20 years. Its interest rate is a subject of negotiations," the mayor said.

He also noted that talks with German investors on the completion Podilsko-Voskresensky Bridge are under way.

If you see a spelling error on our site, select it and press Ctrl+Enter
Tags:KyivKlitschkobridgesubway