The pretrial investigation is underway. 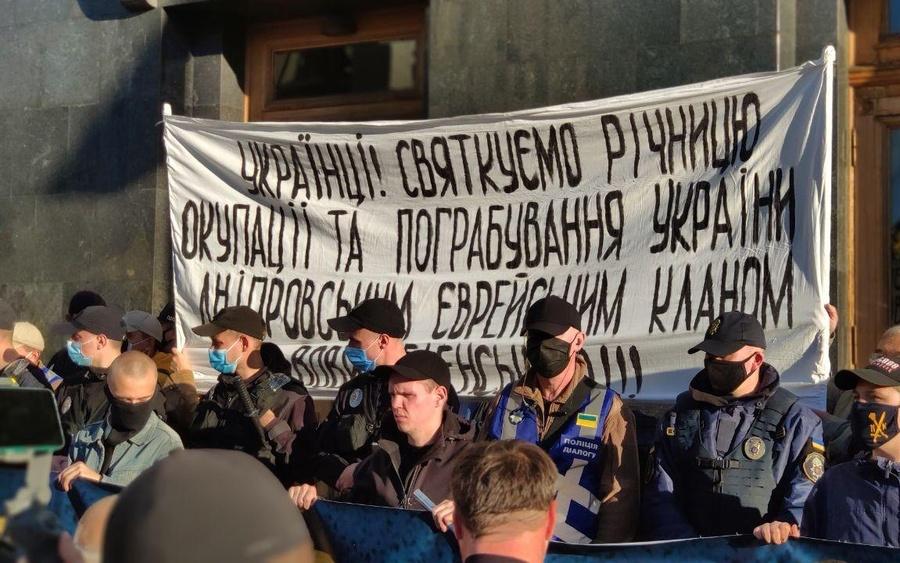 Police have launched criminal proceedings following a report about a banner with anti-Semitic slogans being unfurled outside the President's Office at a rally on Wednesday.

Kyiv's Main Directorate of the National Police has opened criminal proceedings over a banner with anti-Semitic inscriptions being displayed outside the President's Office, the United Jewish Community of Ukraine has told UNIAN.

Read alsoCriminal case opened in Uman after attack on Hasidim from UKCriminal proceedings were opened under Article 161 of the Criminal Code of Ukraine (incitement of national, racial or religious enmity and hatred). Law enforcers are conducting a pre-trial investigation, aiming to identify those complicit in the crime.

The police website reported that they received a report about the crime from the head of the United Jewish Community of Ukraine, who said that on October 14, unidentified persons had unfurled a banner by the President's Office with the following inscription: "Ukrainians! We celebrate the anniversary of the occupation and plunder of Ukraine by the Dnipro Jewish clan of Vova Zelensky. "

It should be reminded that the UJCU is headed by Michael Tkach.

If you see a spelling error on our site, select it and press Ctrl+Enter
Tags:KyivpoliceantiSemitism