Criminal proceedings under Part 2 of Article 270 of the Criminal Code of Ukraine (violation of fire safety requirements). 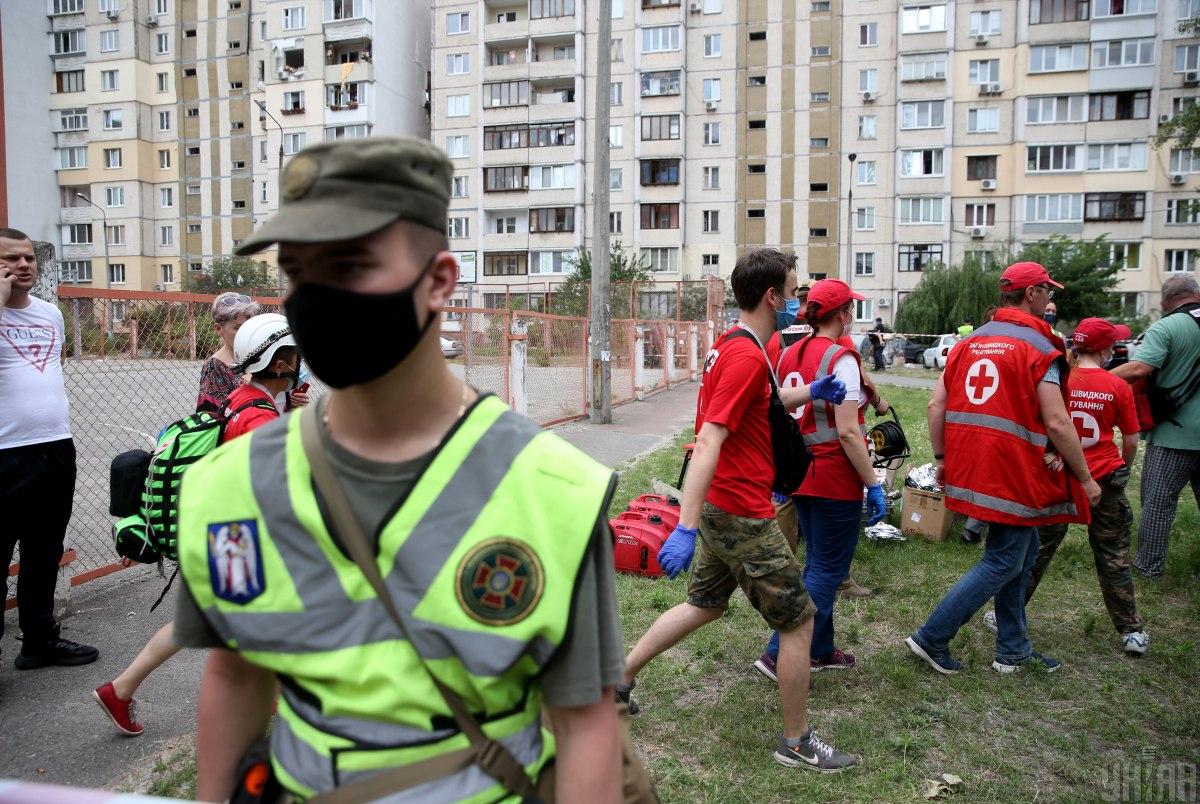 The building will be guarded against looters / Photo from UNIAN

Ukrainian police are now raiding the gas company that services a Kyiv-based residential building, which exploded on Sunday, June 21.

"The National Police of Ukraine are currently conducting urgent searches in the gas distribution company and all utilities that served the apartment building where the explosion occurred," Interior Minister Arsen Avakov said in a statement on the ministry's Facebook page on June 21.

Criminal proceedings are under way under Part 2 of Article 270 of the Criminal Code of Ukraine (violation of fire safety requirements established by law).

"The state of the building is being examined to check for possible destruction. After receiving an expert opinion, we will be able to give people access to their apartments so that they could take the most necessary things with them. There will be a 24-hour cordon around by the police and guards to protect [the apartments] against looters," the interior minister said.

According to him, an operation is under way to dismantle the debris. More than 500 people and over 50 pieces of equipment are working on the scene.

As UNIAN reported, several apartments in a nine-storied apartment block at 1/5 Solomii Krushelnytskoi Street in Kyiv's Darnytsky district were damaged by an explosion at about 10:00 a.m. on Sunday, June 21. The explosion destroyed interfloor structures between the fourth and eighth floors. Mayor of Kyiv Vitaliy Klitschko says two theories are being examined – the explosion of gas or an improvised device.

According to police, one person was killed, three were unblocked, 21 people were evacuated. The search for three more victims continues. Later, the bodies of two more victims were found.

If you see a spelling error on our site, select it and press Ctrl+Enter
Tags:investigationexplosionKyivpolice