The man says he wanted to "draw attention to problems in his life." 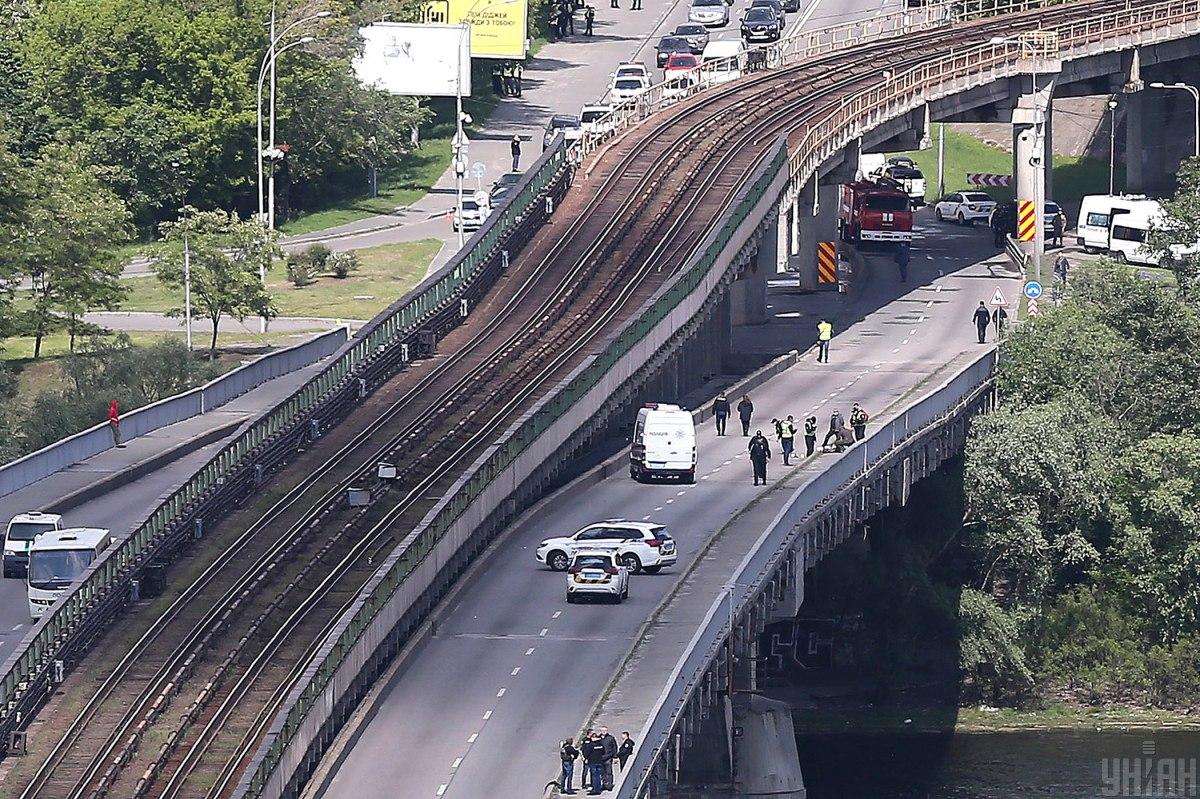 A male resident of Kyiv who on June 1 threatened to blow up the city's Metro bridge has been served with charge papers.

The 32-year-old resident's offence is qualified under Part 2 of Article 259 (knowingly false report about a threat to citizens' safety, preparations for an explosion with serious consequences) of the Criminal Code of Ukraine, the press service of the Kyiv Prosecutor's Office said.

The man explained his act by an attempt to "draw attention to problems in his life."

The police did not find weapons or explosives.

No casualties were reported during the incident and amid the offender's detention.

The prosecutors are now drafting documents for Kyiv's Dniprovsky district court to select a preventive measure for the offender in the form of detention in custody.

As UNIAN reported earlier, Kyiv's Metro bridge was blocked over a bomb threat on June 1. According to police, an unknown man called the police at 13:41 Kyiv time on that day, threatening to blow up the bridge. A special police operation was launched in the capital city.

The man was standing on the bridge with a bag beside him. At around 15:30 Kyiv time on June 1, the "bomber" was apprehended by the police.