Activists have been rallying for a second day in a row. 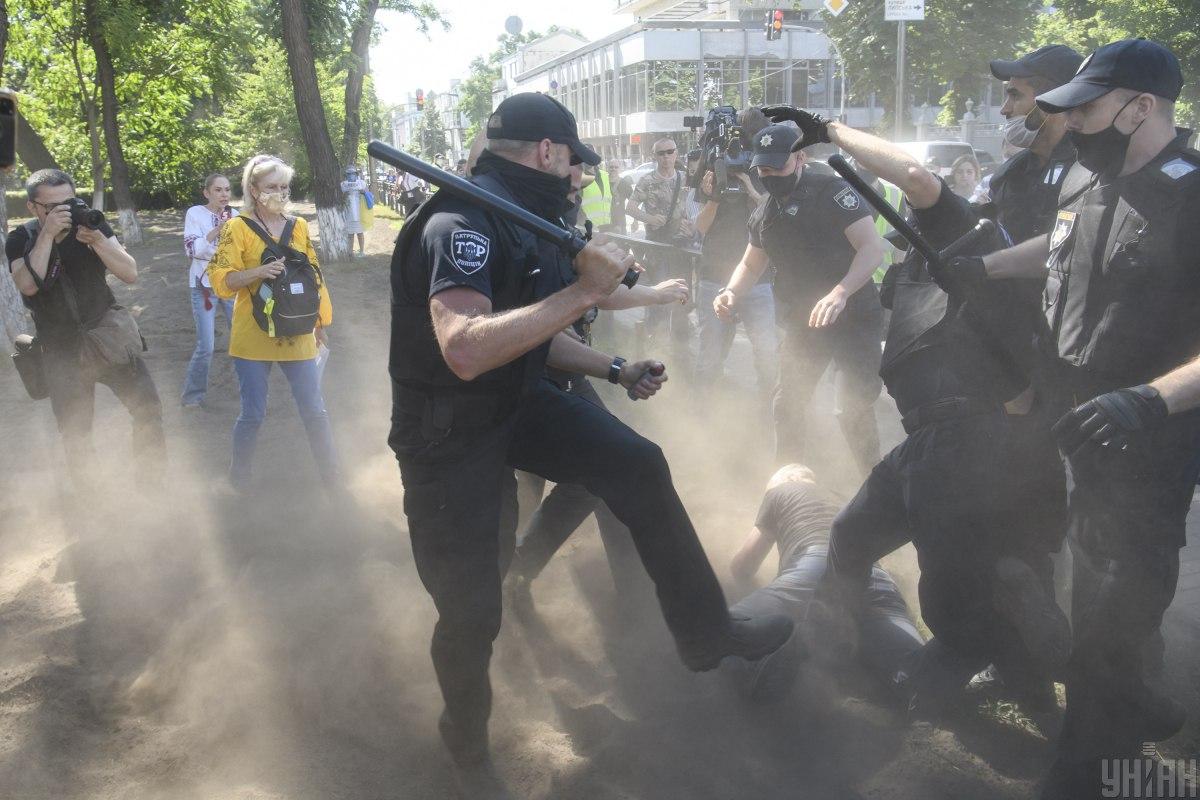 Clashes outside the Rada in Kyiv / Photo from UNIAN

Clashes with police were reported outside the building of the Verkhovna Rada, Ukraine's parliament, in the center of Kyiv as lawmakers were planning to consider changes to the Law on the Ukrainian Language.

Several hundred people carrying flags of the Svoboda Party, Demokratychna Sokyra ("Democratic Axe"), and several other political forces gathered on Ploshcha Konstytutsii (Constitution Square) in front of the parliament's building, according to an UNIAN correspondent. 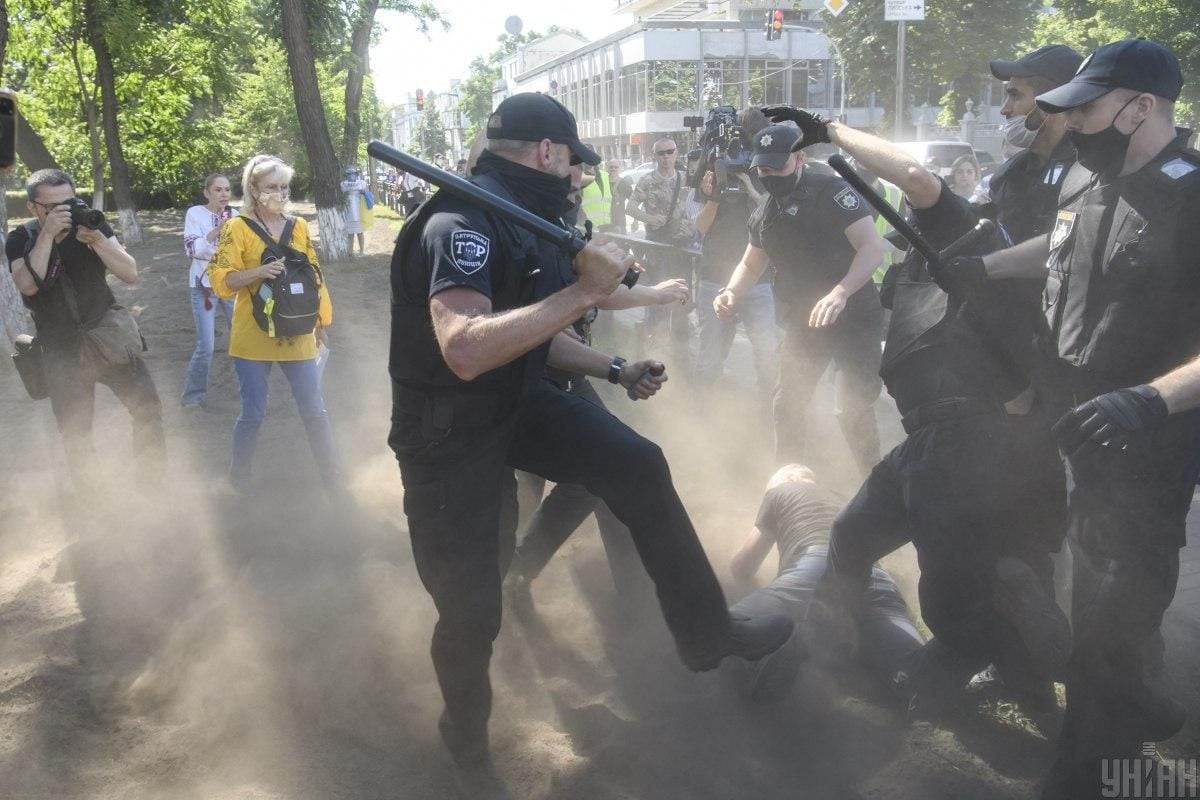 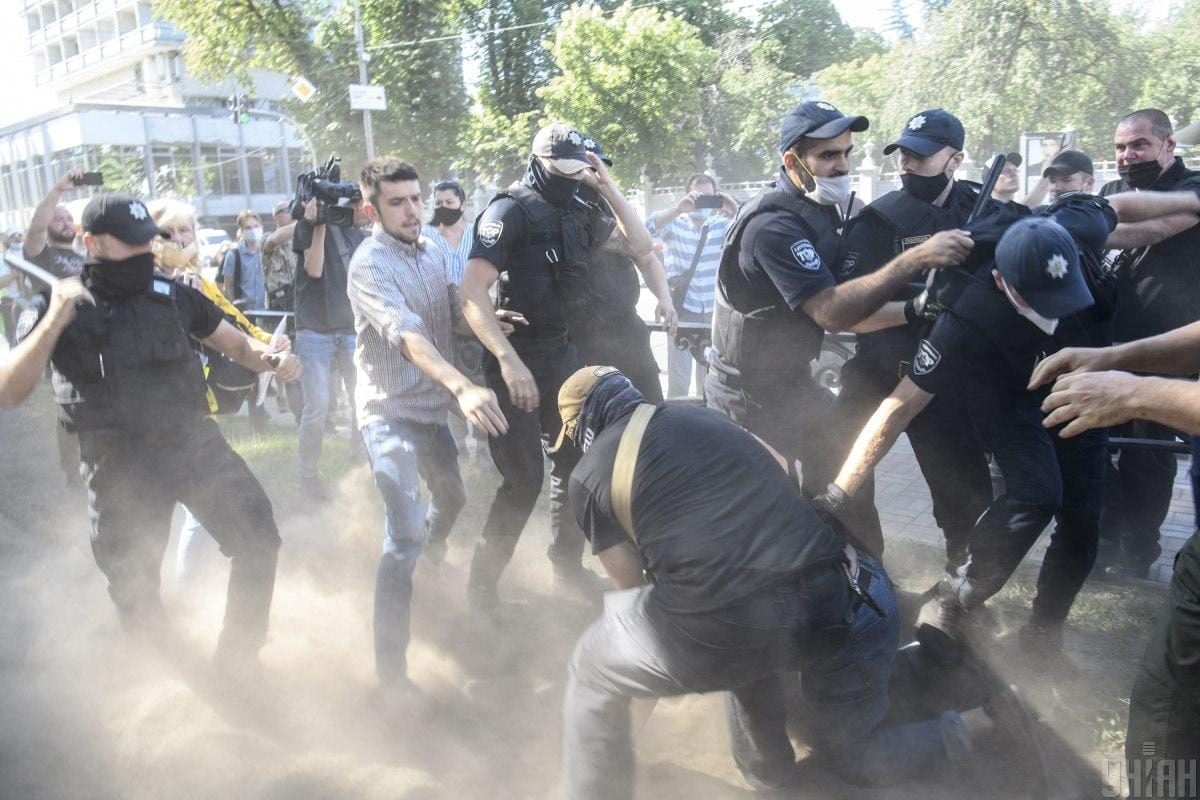 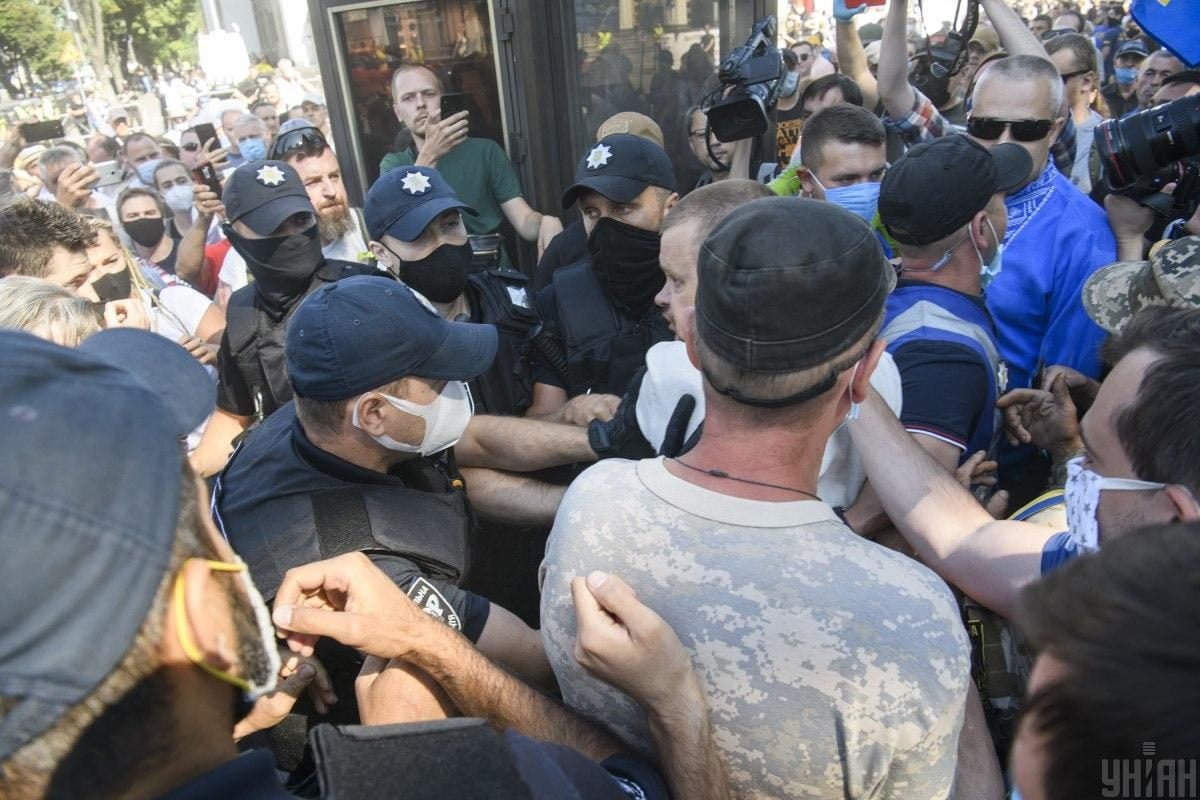 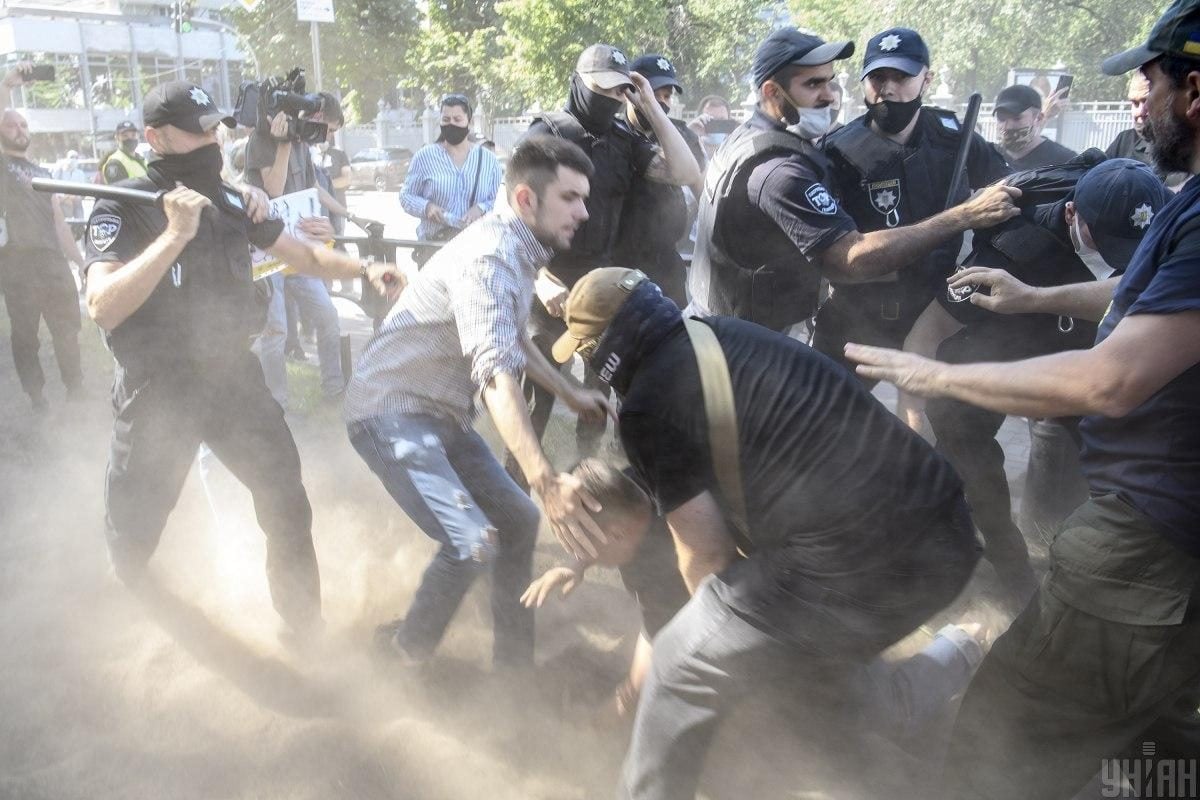 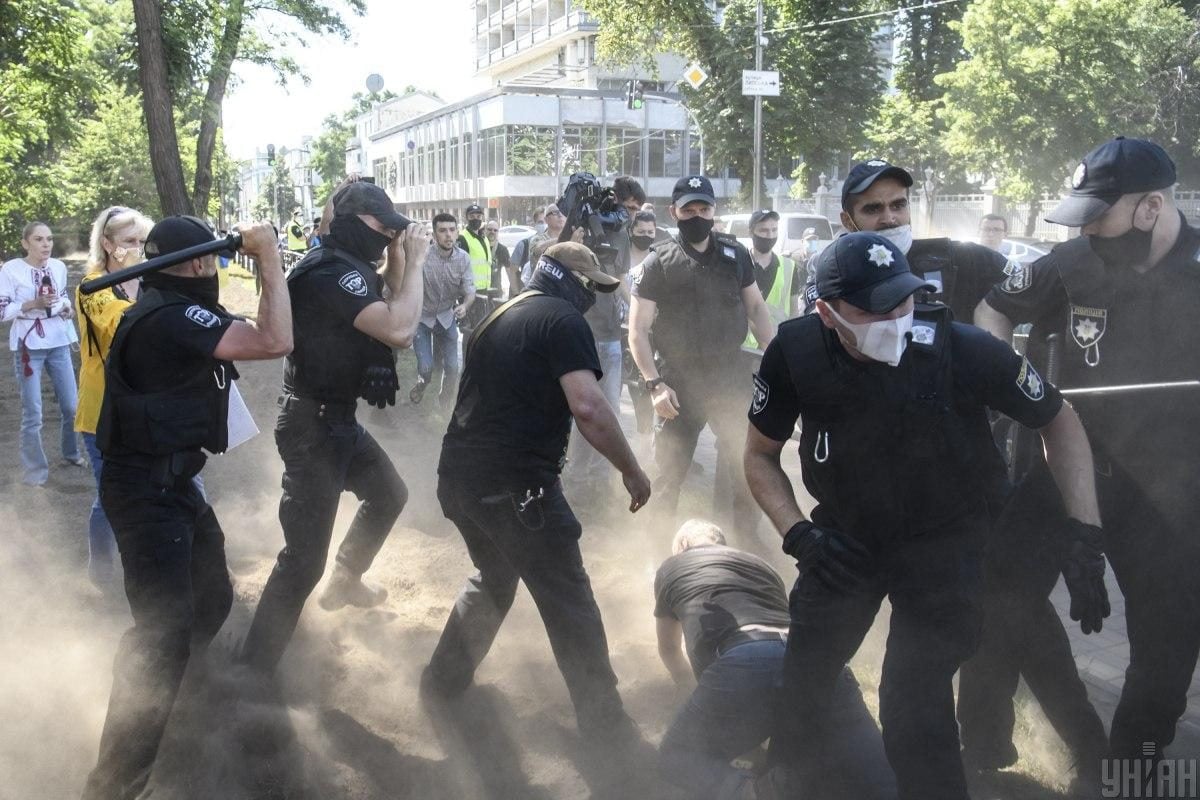 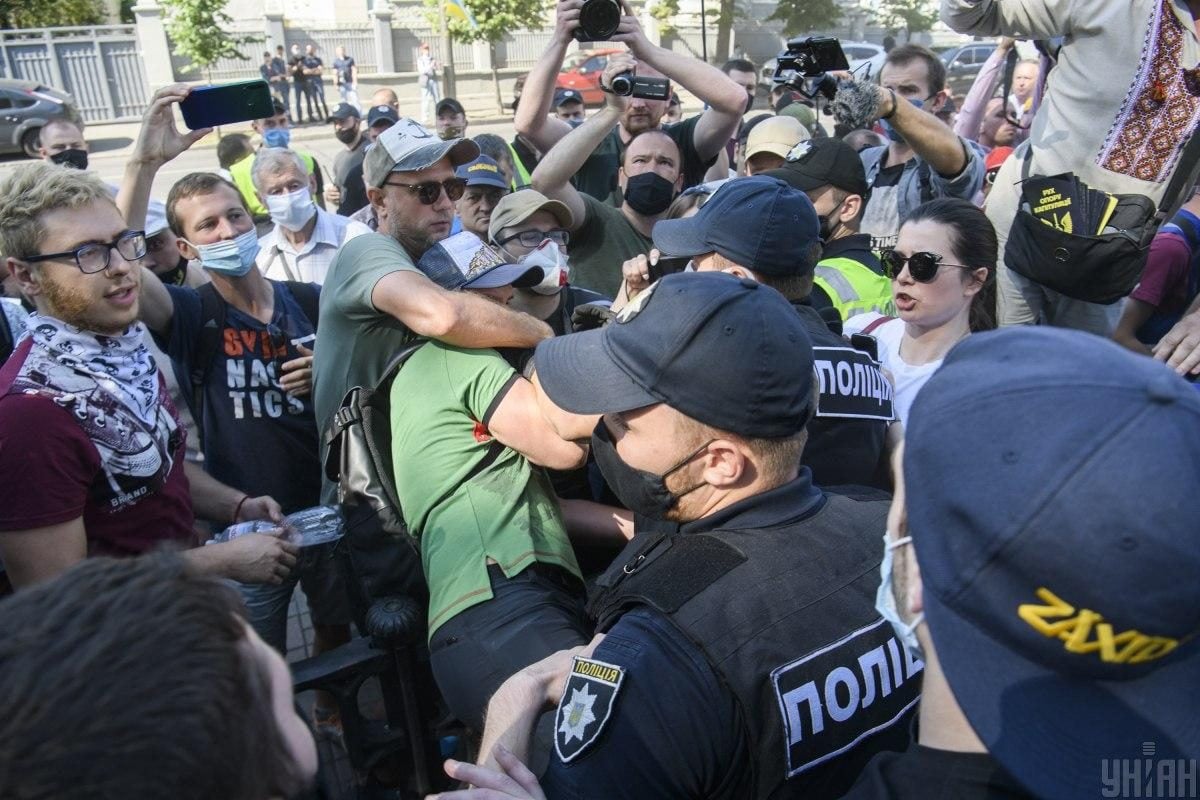 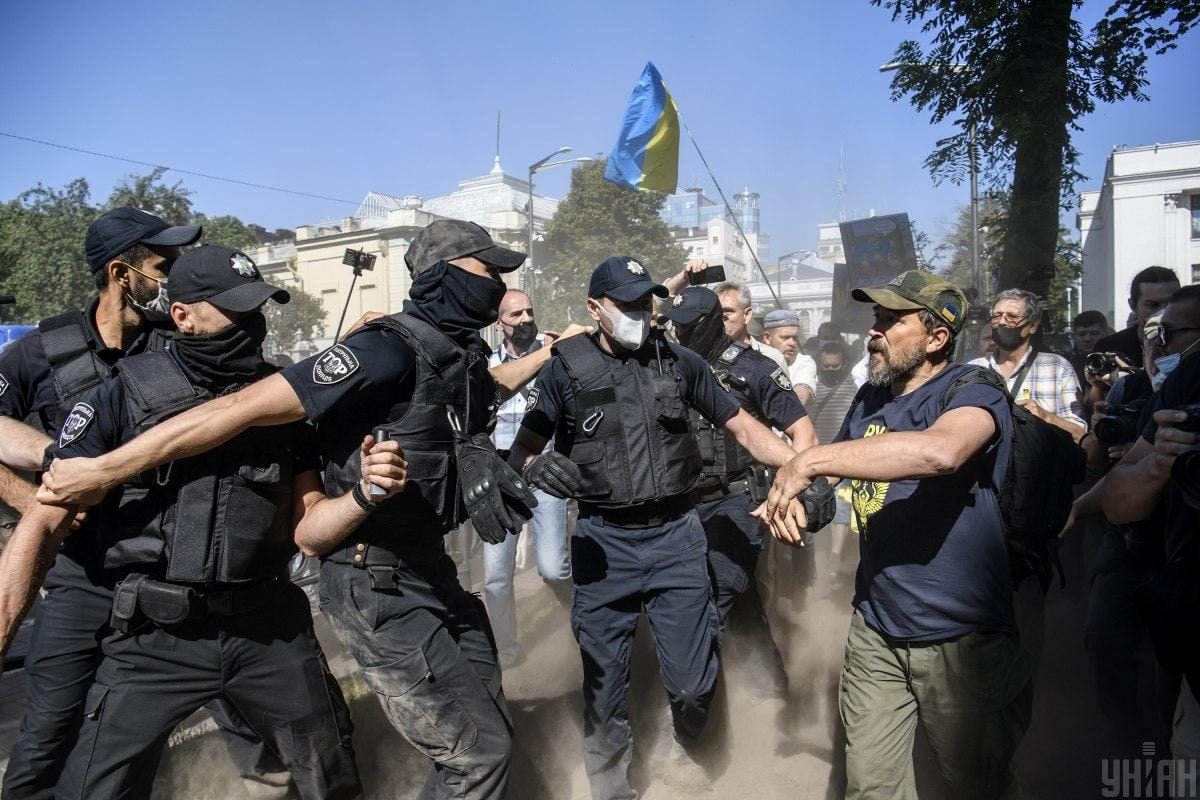 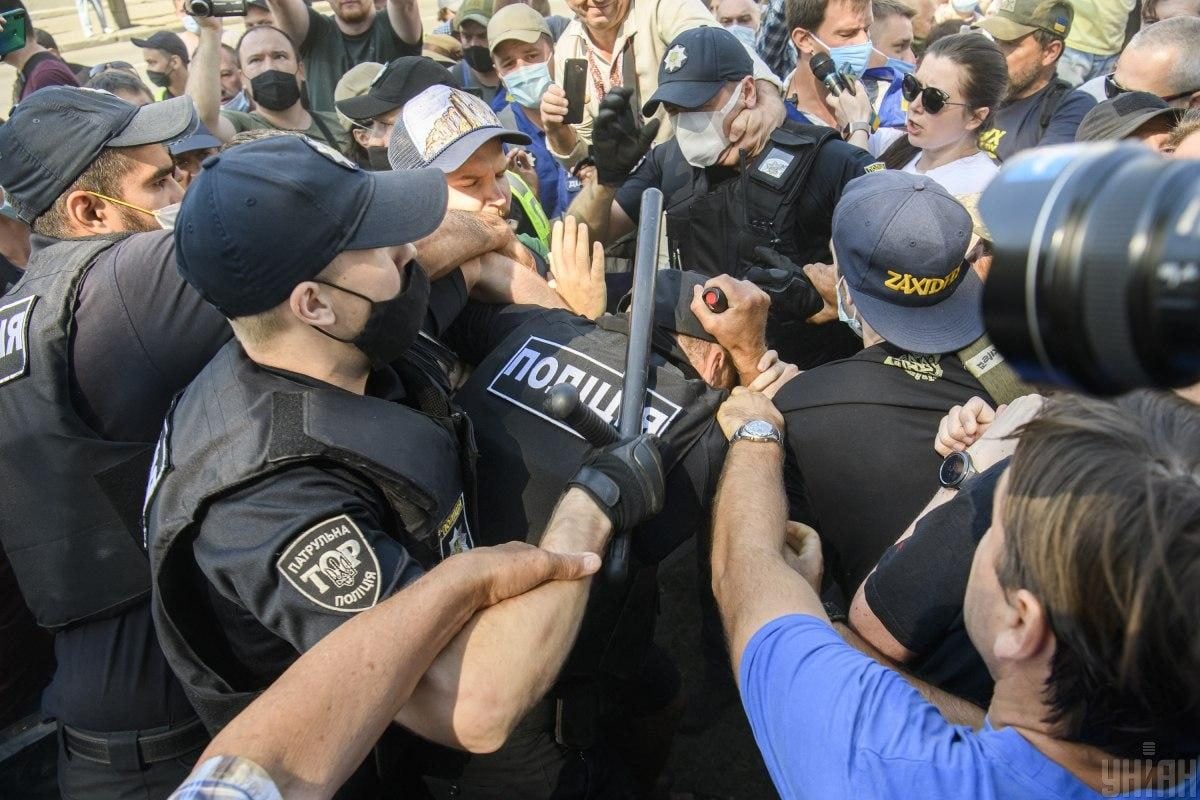 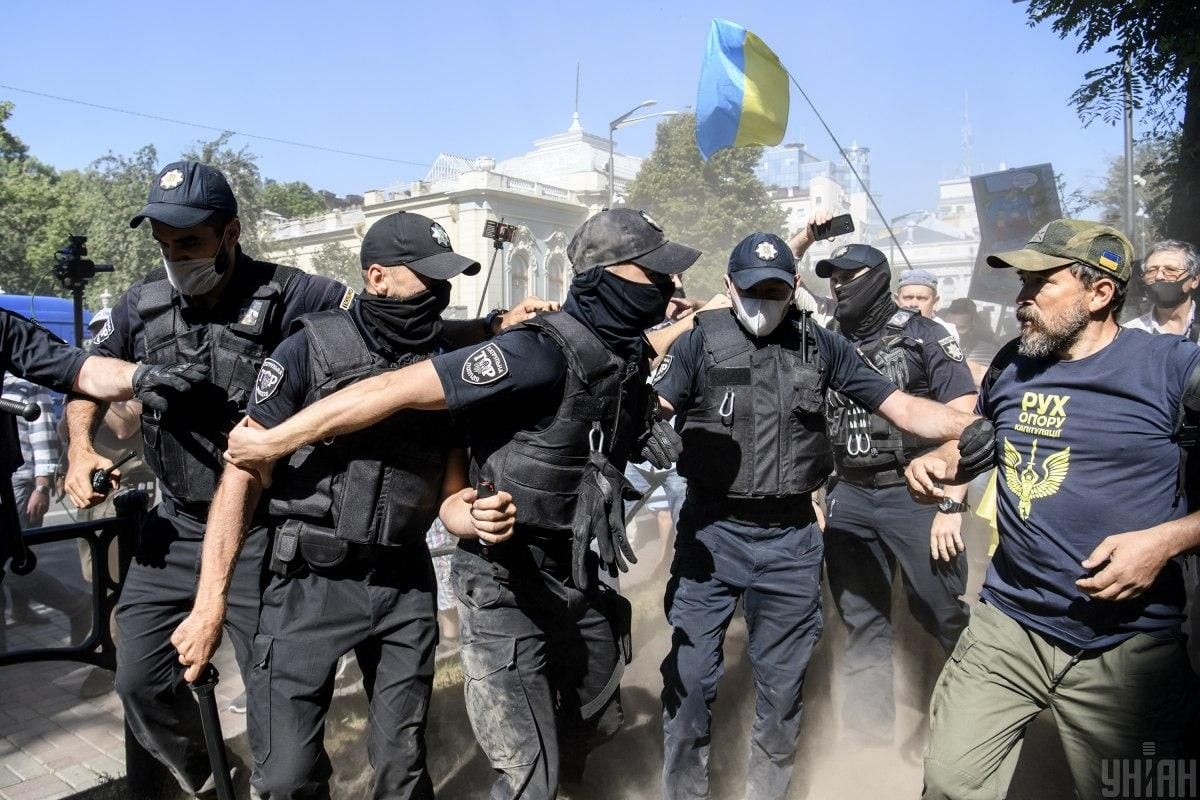 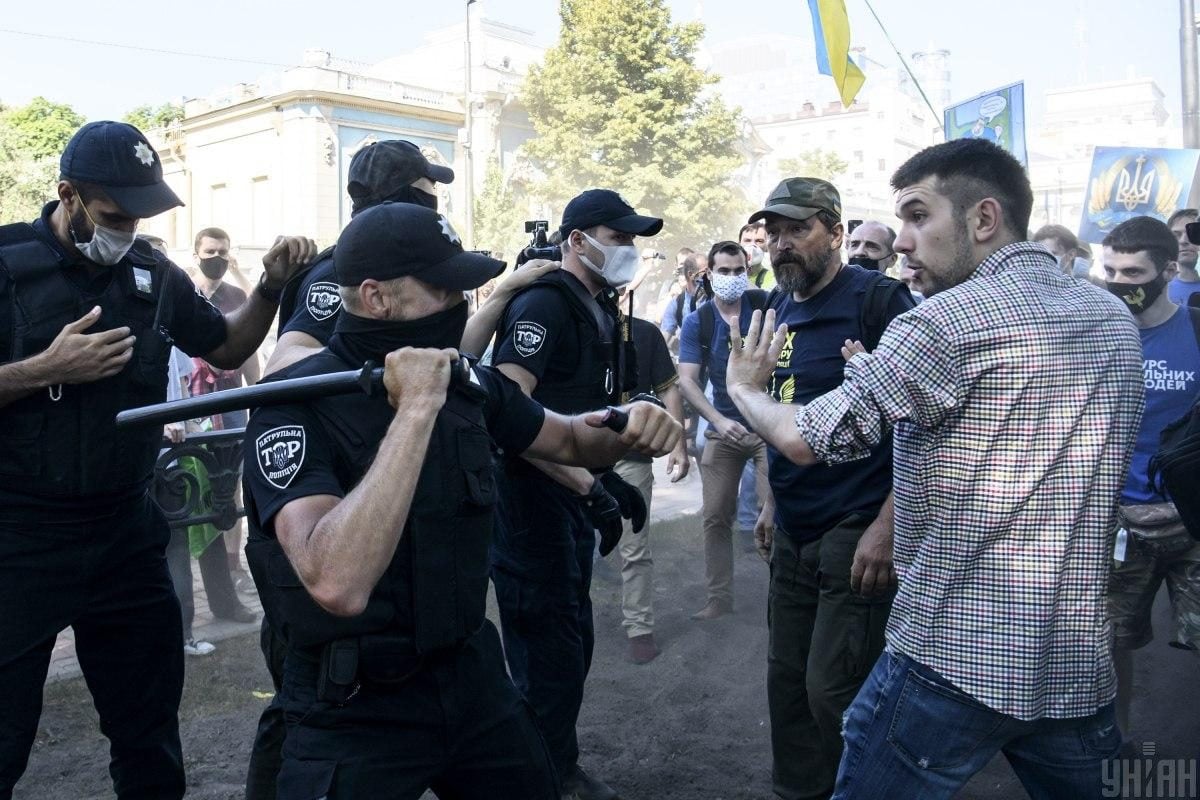 Participants in the rally said that the police had not allowed them to bring equipment for the rally onto Constitution Square.

As people were heading for the rally, carrying respective equipment, they were met by the police and were not allowed to enter Constitution Square. A jam was formed, but shortly after the situation returned to normal.

Later, participants in the rally in support of the Ukrainian language staged a performance on Constitution Square under the slogan: "Don't Add Oil to the Fire."

They set up wooden sticks about 1.5 meters high as a wigwam in shape, put several flares on top and set them on fire. A poster saying, "Don't add oil to the fire," was fixed above. 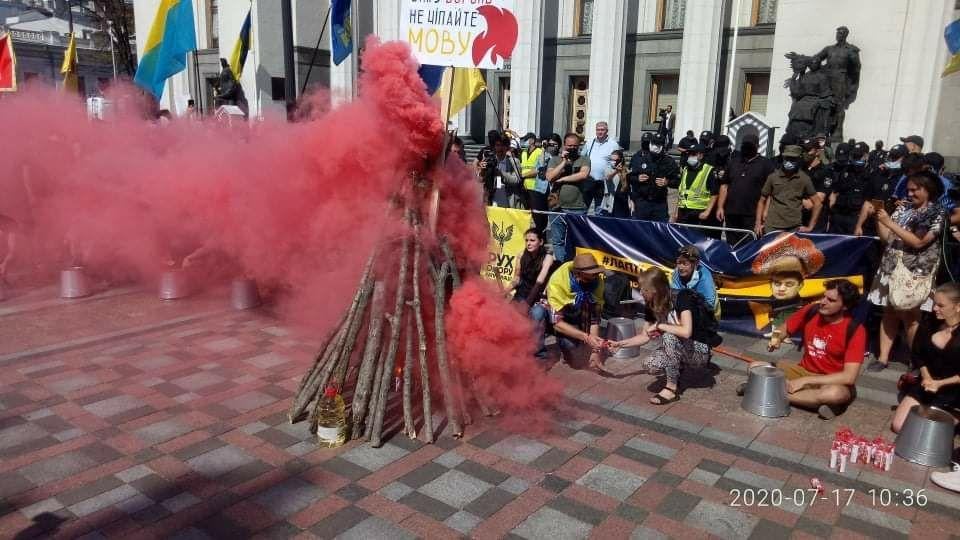 Wooden sticks were set as a wigwam in shape / Photo from Dmytro Khyliuk, UNIAN 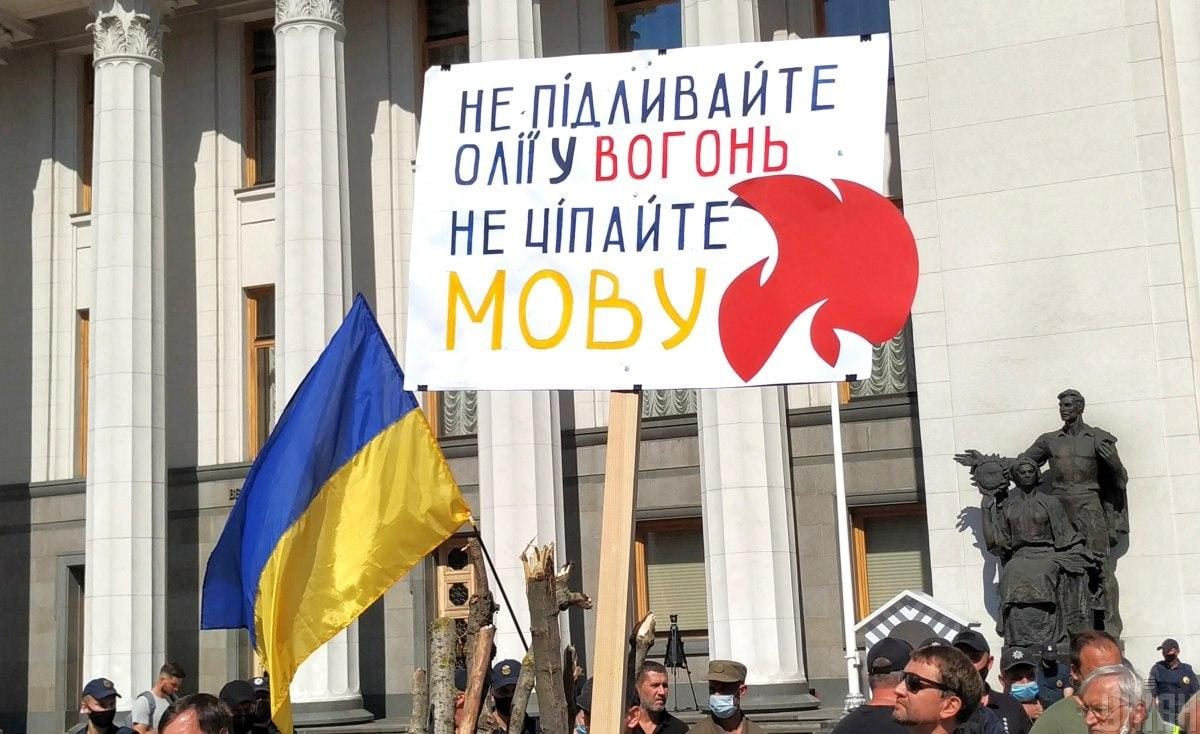 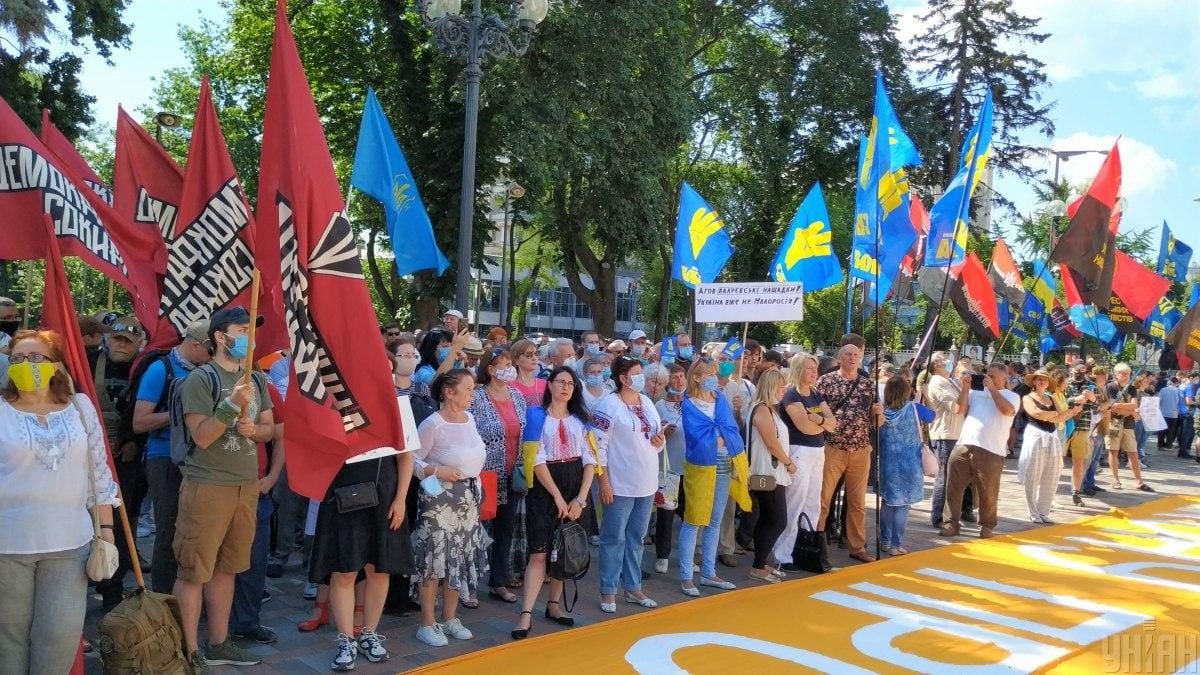 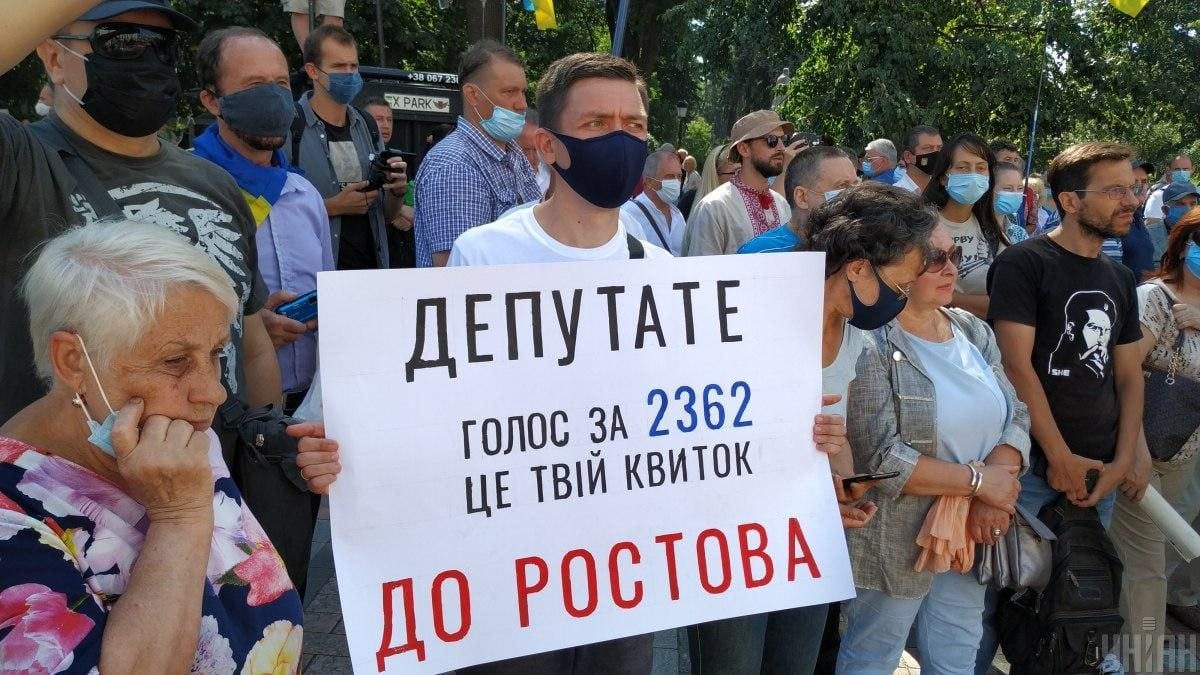 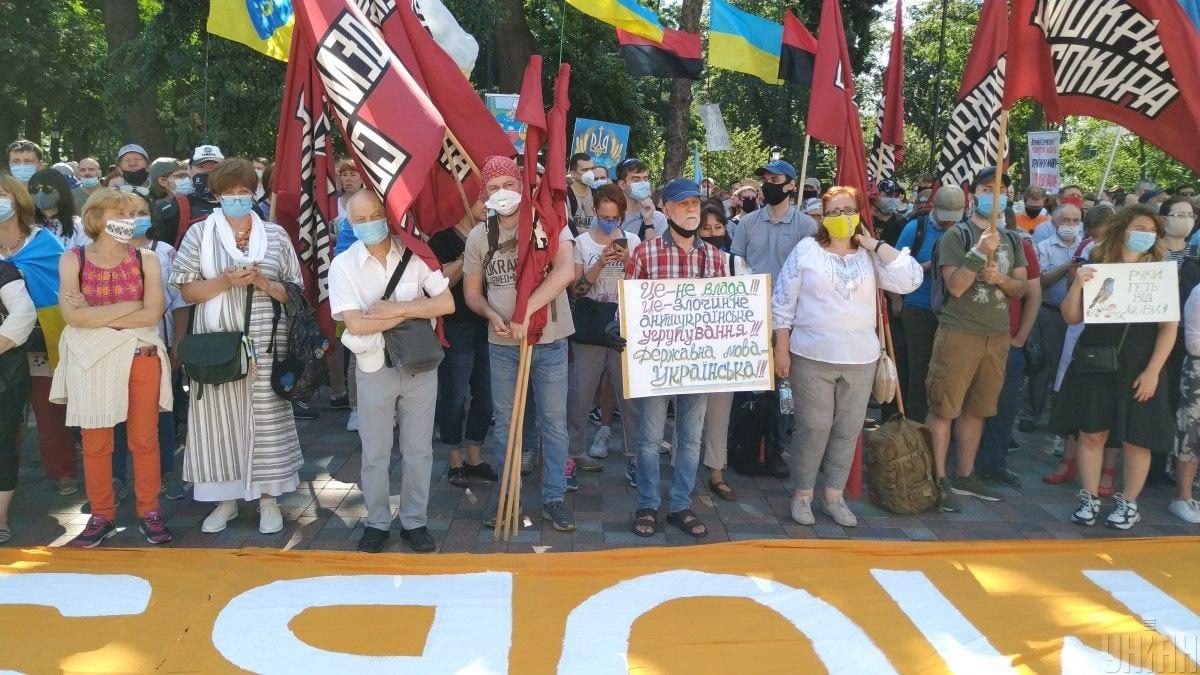 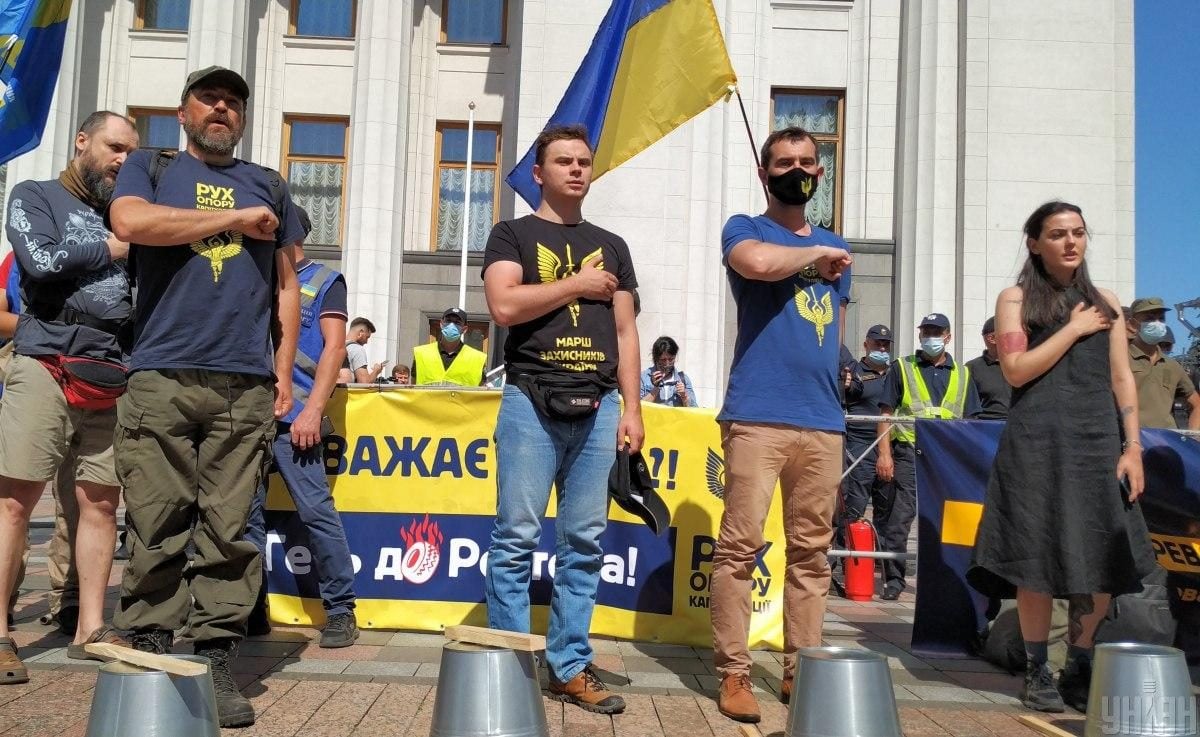 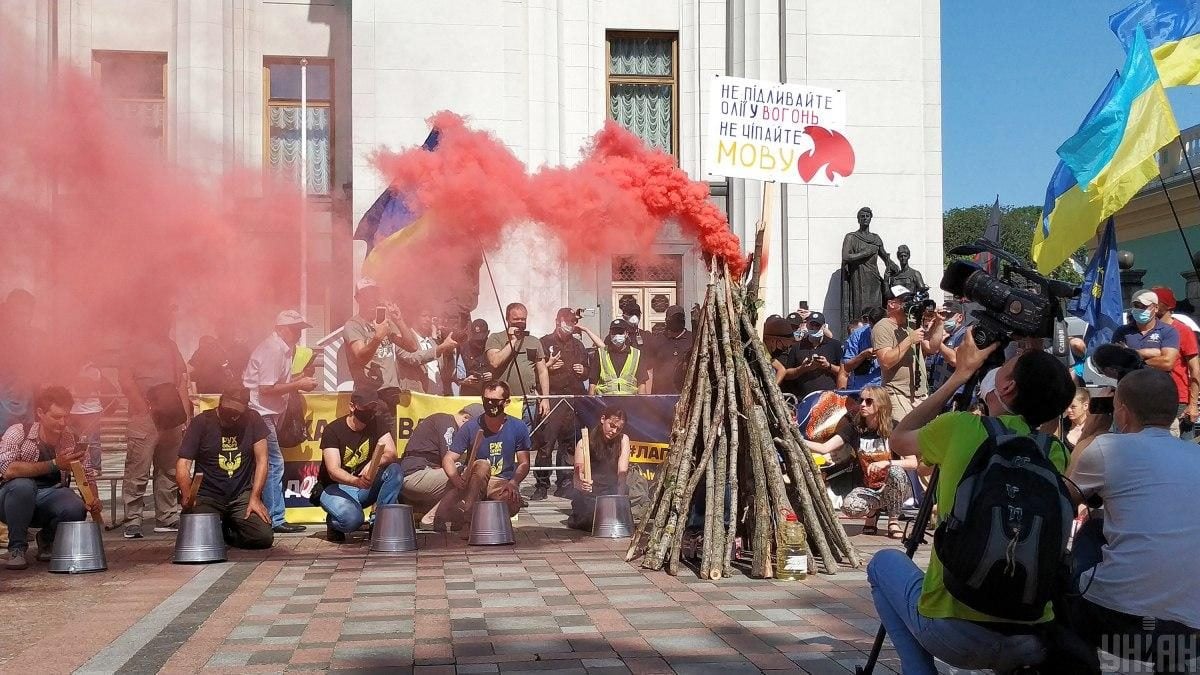 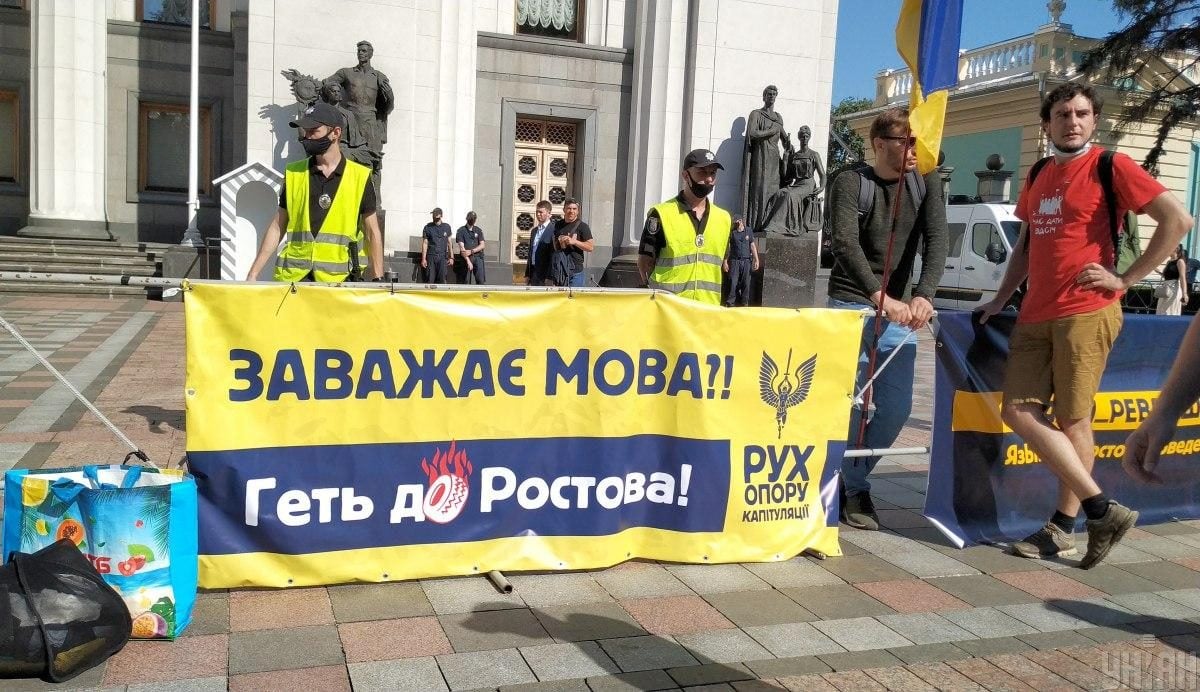 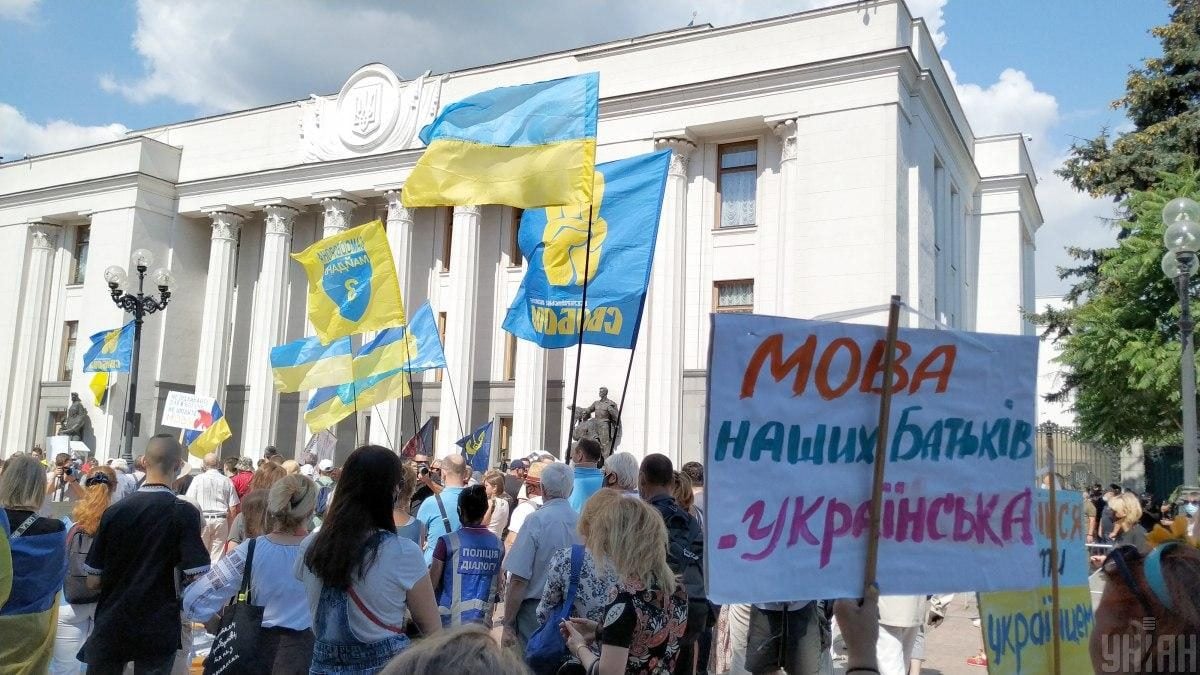 The "fire" symbolizes incitement to hostility in Ukraine over the bill on amendments to certain legislative acts of Ukraine on teaching in the state language in educational institutions (No. 2362). The sponsor of the bill is Maksym Buzhansky. The document was on the parliament's Friday agenda.

Activists had been rallying for a second day. No members from Petro Poroshenko's European Solidarity Party came to the Friday event. In general, there were fewer people at the rally than on Thursday, July 16.

Later, on Friday afternoon, Parliament Speaker Dmytro Razumkov closed the third session of the Verkhovna Rada of the 9th convocation.

The parliament did not consider bill No. 2362.

Razumkov said that the fourth session is to open at 10:00 Kyiv time on September 1, according to an UNIAN correspondent.

Member of Parliament from the European Solidarity parliamentary faction Volodymyr Viatrovych said that means that from September 1, schools where the language of tuition is Russian would have to switch to Ukrainian.

At the same time, according to UNIAN, the Verkhovna Rada plans to gather for a special meeting on Tuesday, July 21.