The police have issued 10,303 protocols on violation of lockdown rules since the beginning of the coronavirus-related quarantine. 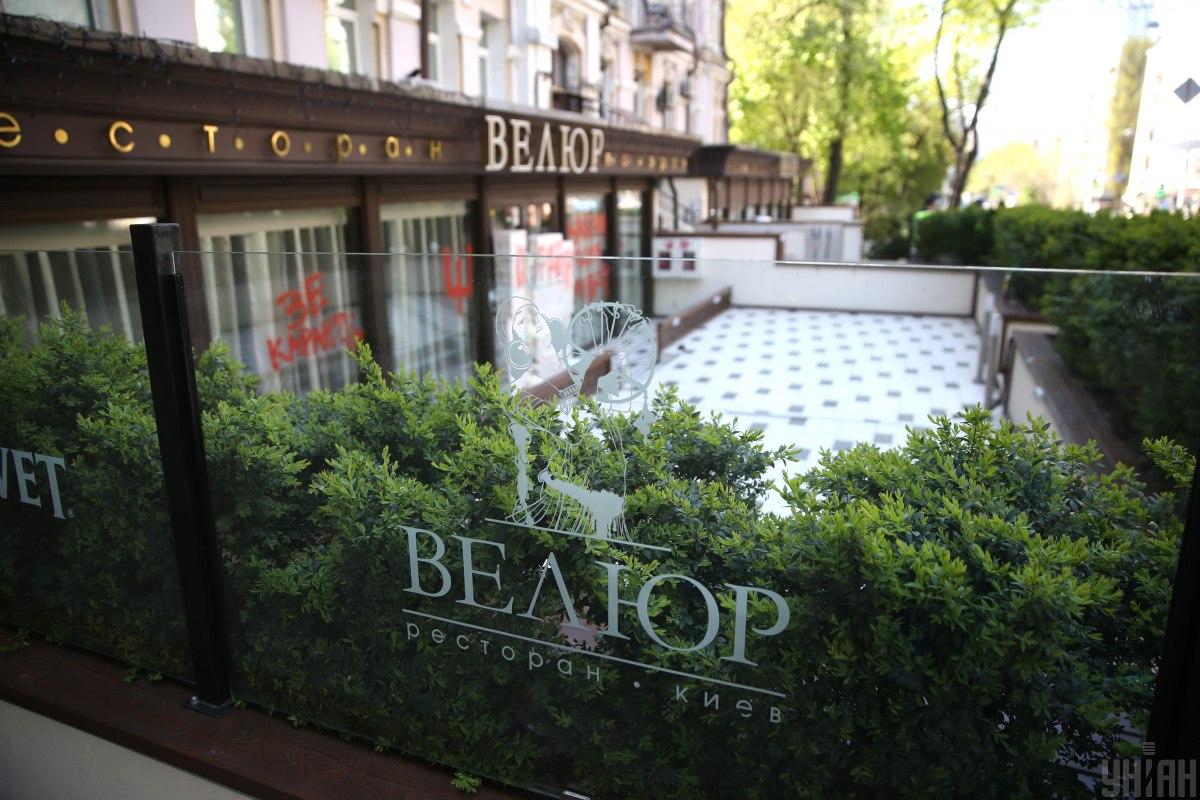 Ukrainian Interior Minister Arsen Avakov has said the Kyiv-based Velur restaurant, which reportedly belongs to Member of Parliament from the ruling Servant of the People parliamentary faction Mykola Tyshchenko, is closed.

"Restaurants in the city of Kyiv: Khutir Vynohradny, Mon Cher, Velur, Fabius – we think all these restaurants have violated quarantine requirements. [They have received] administrative protocols. I believe we'll have the courts' support in this. Now all these establishments are closed and fulfill our requirements," he said at a special government meeting, according to an UNIAN correspondent.

Avakov also said the police had issued 10,303 protocols on violation of lockdown rules since the beginning of the coronavirus-related quarantine.

As UNIAN reported earlier, the Nashi Groshi program with Denys Bihus reported on April 27 that Kyiv's Velur, which is associated with MP Tyshchenko, had received VIP guests amid the lockdown. What is more, Tyshchenko himself visited the restaurant.

In response, the lawmaker said that those were "personal", "individual" meetings and the restaurant was working as a "kind of headquarters," being closed for regular visitors.

On April 28, the police visited the restaurant to check the media reports. According to a police officer, "there were no visitors at the restaurant, but several employees were present there." The police explained the quarantine rules and responsibility for their violations to the restaurant's manager. The latter gave a written explanation for the situation and confirmed an obligation not to service visitors during the quarantine period.

On April 30, David Arakhamia, the chairman of the Servant of the People faction, said he thought Tyshchenko should be punished for his restaurant's operation during the quarantine.