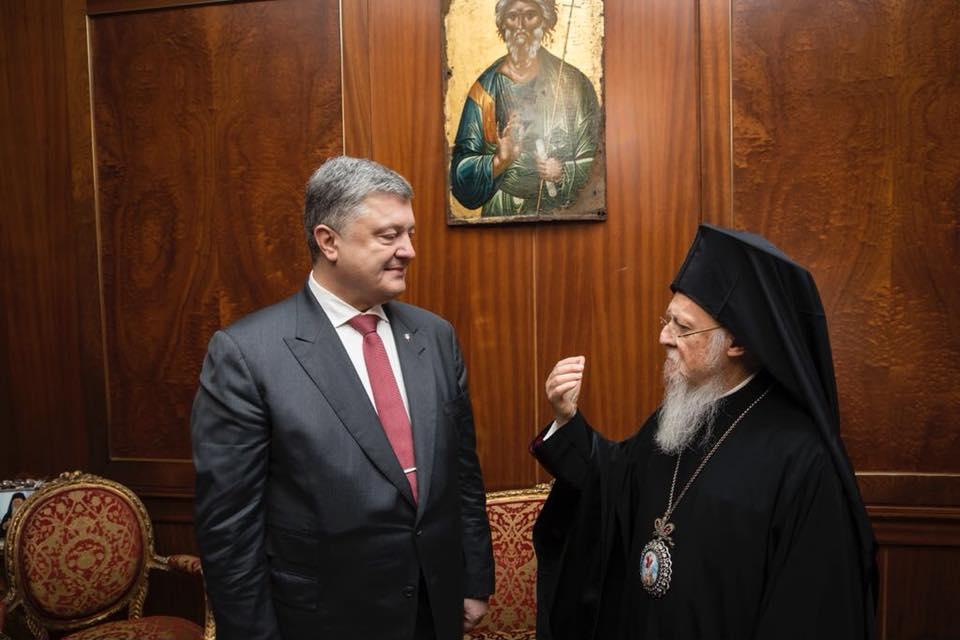 Ukrainian President Petro Poroshenko says it is up to Ukrainians to elect the head of their local church, and the head of the new independent Orthodox Church with autocephaly will be elected in Ukraine.

"There is a clear agreement with the Ecumenical Patriarch that the Patriarch of the Ukrainian Church will be elected in Ukraine," Poroshenko told a Svoboda Slova [Freedom of Speech] talk show on Ukraine's ICTV channel, according to the president's press service.

"The state will not determine who will be the Patriarch of the new church, because this is not the government's business. There will be no action by government fiat to support or not to support this or that [candidate]," he said.

He also noted that "the function and role of the Mother Church will be performed by the Patriarchate of Constantinople" and stressed that it was important in terms of historical justice. "We are just returning to historical justice," Poroshenko said and reminded that the 1030th anniversary of the Baptism of Kyivan Rus would be celebrated in the near future.

"In terms of historical, spiritual and state justice, Ukraine deserved the right to have an independent Ukrainian church," Poroshenko added.