Patriarch Filaret prays for Ukraine while in European Parliament

Filaret prayed for the creation of a united and independent Orthodox Church in Ukraine and protection from enemies. 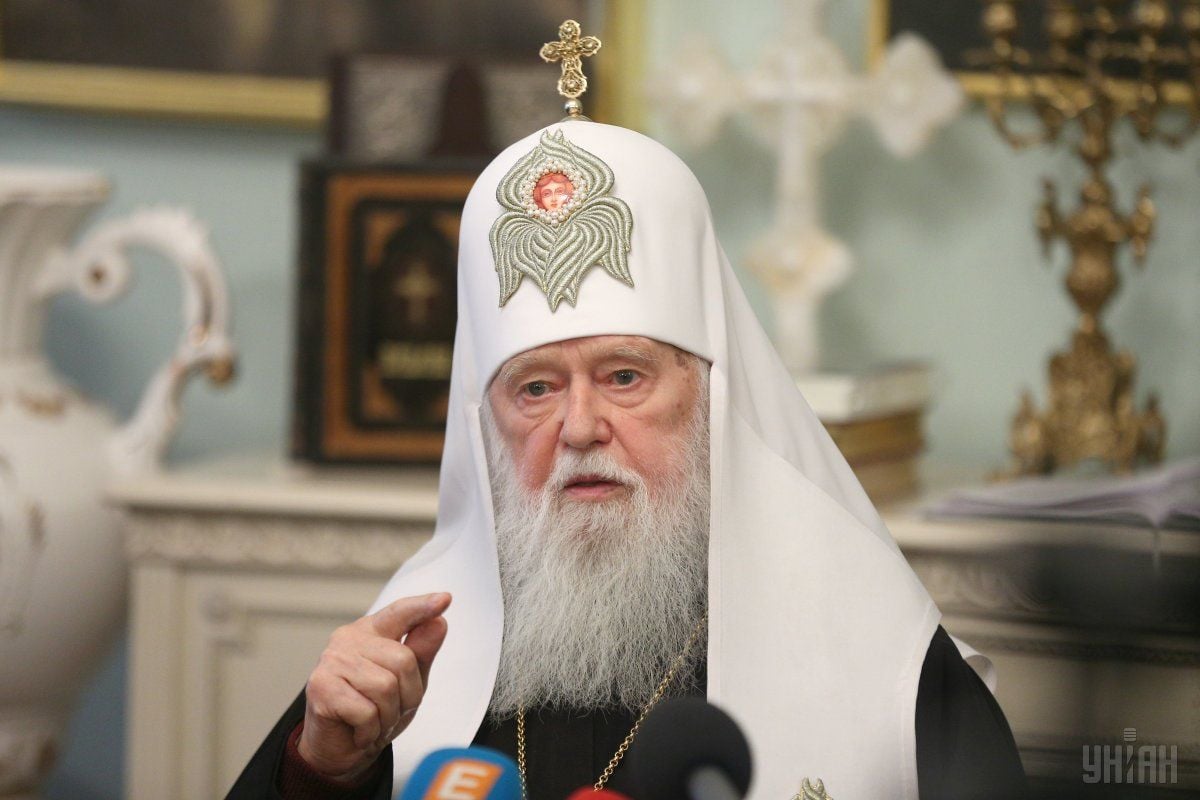 The Primate of the Ukrainian Orthodox Church of the Kyiv Patriarchate, Patriarch of Kyiv and All Rus-Ukraine Filaret prayed for Ukraine during his visit to the European Parliament.

The Patriarch prayed for Ukraine, for the creation of a united and independent Orthodox Church, for the Ecumenical Patriarch Bartholomew, Ukrainian President Petro Poroshenko, and the Verkhovna Rada.

Read alsoPoroshenko: Russian Patriarch not authorized to veto Ukrainian church's autocephalyHe also asked "to destroy intentions of those who go against us" and sought protection from enemies.

Part of the prayer was voiced in English by one of the Ukrainian priests, who served alongside the patriarch.

As UNIAN reported earlier, later today, Patriarch Filaret will take part in two conferences: "The human cost of Russian aggression in Ukraine: Testimonies of abductions, torture and murder" and "Ukraine in times of independence: the Orthodox Kyiv Patriarchate and the challenges of a changing society."

If you see a spelling error on our site, select it and press Ctrl+Enter
Tags:UkraineEuropeanParliamentUOCFilaret