The MP also said the only weapon she has is a Glock 17 award pistol. 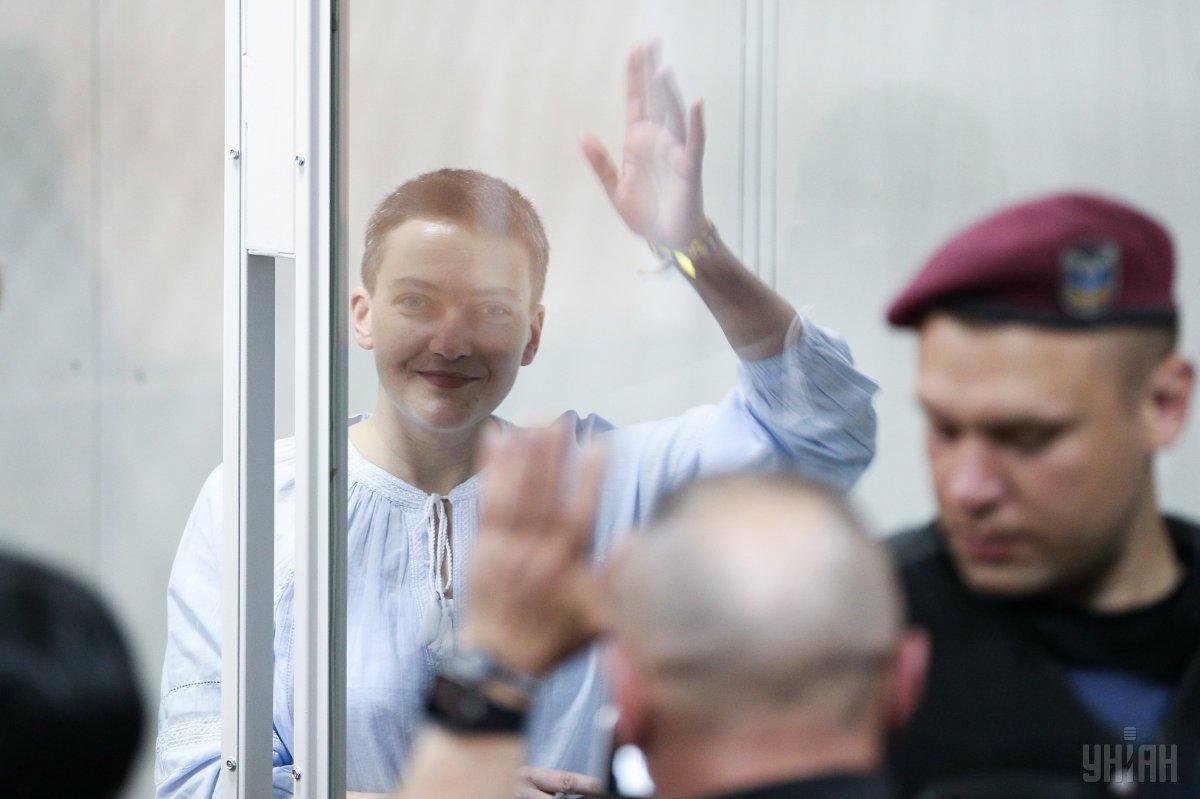 Ukrainian Member of Parliament Nadiia Savchenko, who is suspected of plotting terrorist attacks and seizing state power, says she is ready to serve 22 years in Russian prisons in exchange for 60 Kremlin hostages from Ukraine.

"As for me, I understand what could be my fate in Russia. If 60 Ukrainian captives and Crimean Tatars who are being held in Russian prisons are swapped for me, I will agree to serve 22 years in a Russian prison," TV Channel 112 Ukraine quoted Savchenko as saying at a court hearing on May 15.

The MP also said the only weapon she has is a Glock 17 award pistol given to her by Verkhovna Rada Chairman Andriy Parubiy.

"Regarding weapons, Andriy Parubiy handed me the only weapon I possess. It is stored in the licensing department, since it was confiscated during the search. This is a Glock 17 pistol, which Parubiy presented me. Nobody gave me or transferred any other weapons. Any other speculations or fantasies will be revealed at court hearings on the merits," Savchenko added.

It became known on May 11 that Savchenko's two lawyers – Oleh Soloviy and Dmytro Buhai – had refused to work for her.