Vyshinsky appealed to President Putin to grant him legal protection and take measures regarding his release. 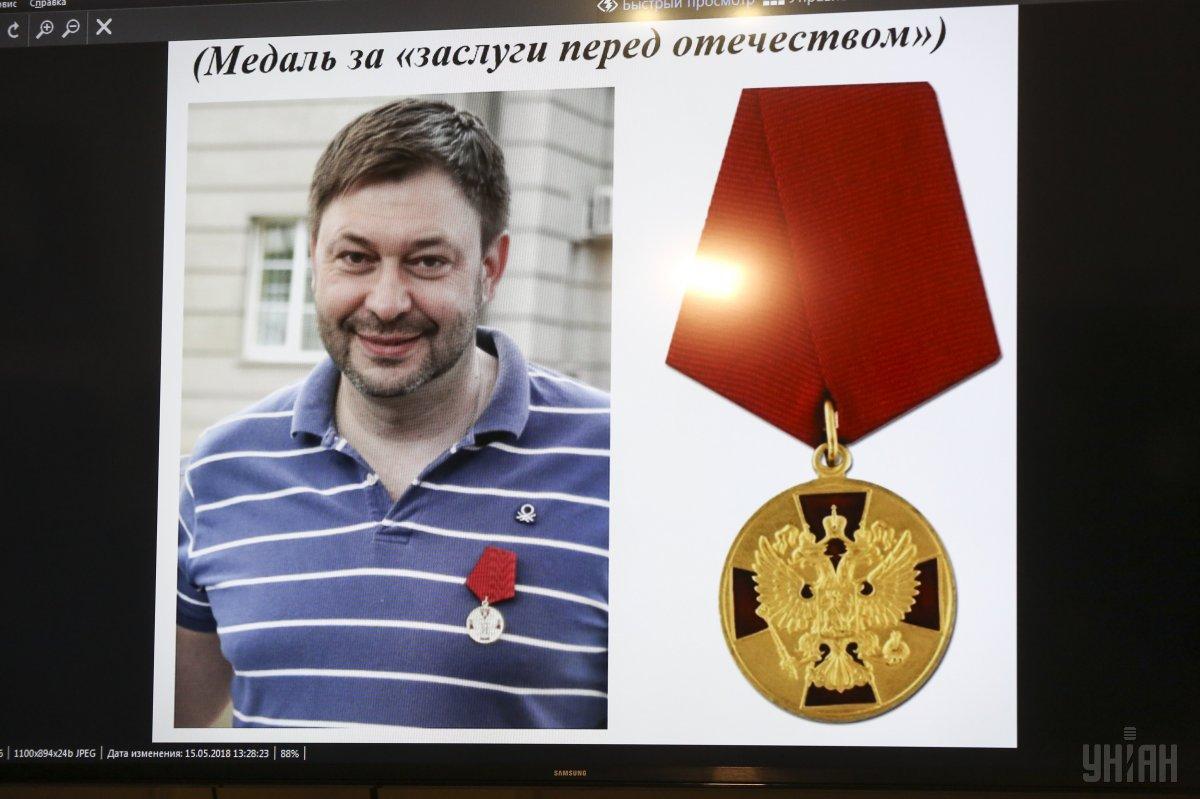 Chief of the Russian RIA Novosti's Kyiv office Kirill Vyshinsky, who had been detained May 15 on high treason charges, during the court hearing of his case announced renunciation of Ukrainian citizenship.

"I appeal to President Poroshenko, whom I know personally and with whom we've done some good things. I declare my withdrawal from Ukrainian citizenship, and from this moment I consider myself a citizen of the Russian Federation only. I appeal to President Putin to grant me legal protection and take measures regarding my release," Vyshinsky said, Hromadske reported from the Court of Appeal in Kherson.

As UNIAN reported earlier, the press secretary of the Ukrainian SBU Security Service's chief, Olena Gitlianska, said on May 15 the SBU operatives had conducted raids in the office of RIA Novosti Ukraine in Kyiv.

Later came the reports that Vyshinsky was detained on high treason charges. The SBU and prosecutors had uncovered the illegal activity of the Russian-controlled media network in Ukraine.

Read alsoChief of RIA Novosti's Kyiv office indicted on charges of treason – SBUIt was established that in spring 2014, when Russia annexed Ukraine's Crimea, Vyshinsky produced anti-Ukrainian materials and received a medal "For the Return of Crimea" from Russian President Vladimir Putin, the SBU said.

Vyshinsky jointly with several other journalists started actively supporting terrorist organizations in Donbas, the "DPR" and the "LPR," after his return from Crimea in 2014.

Read alsoRussian MFA: Comparison of arrests of Sushchenko in Russia and Vyshinsky in Ukraine groundlessVyshinsky's lawyer said on May 16 his client had been transferred by Ukrainian law enforcers from Kyiv to Kherson for hearings on a preventive measure.

The Kherson City Court in Ukraine's south ruled on May 17 that Vyshinsky be arrested until July 13 pending investigation of the charges against him.

If you see a spelling error on our site, select it and press Ctrl+Enter
Tags:RussiaUkrainetrialtreasoninformationwar