Particular attention was paid to the issue of Ukrainian political prisoners illegally held in Russia. 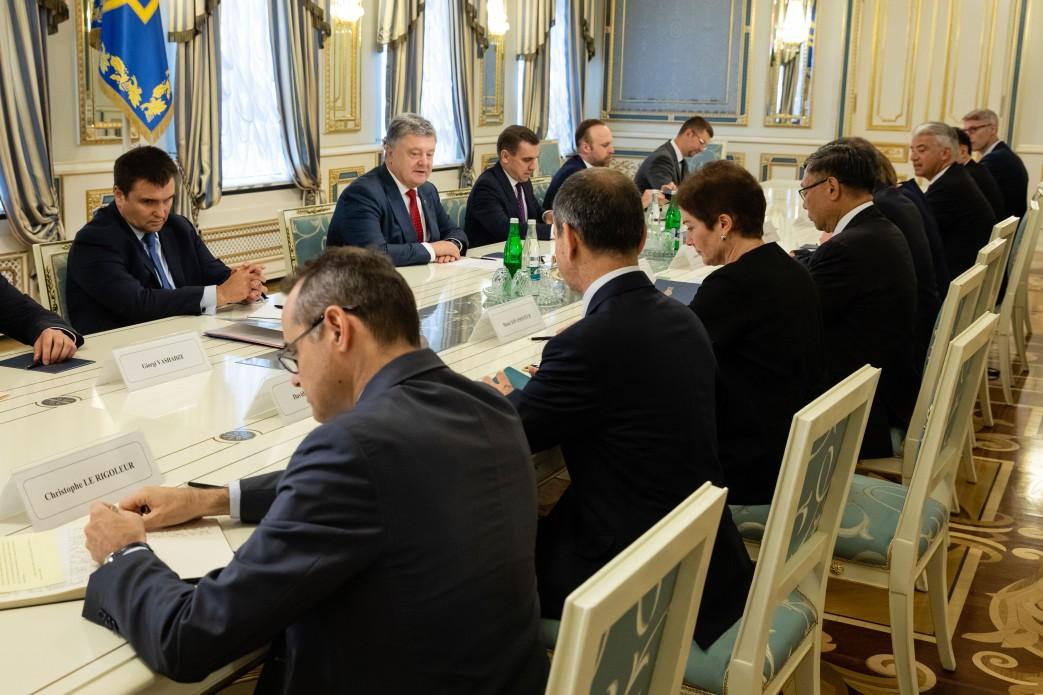 Ukrainian President Petro Poroshenko had a meeting with the ambassadors of the G7 countries and the European Union on June 15.

The officials discussed the results of a meeting of the G7 leaders held in Canada on June 8-9 in support of Ukraine, according to the presidential press service.

The president noted that the Ukrainian issue is undoubtedly a consolidating element in the foreign policy of G7 states and also said that unity in support of Ukraine in terms of restoring territorial integrity and sanctions policy in connection with ongoing Russian aggression is very important.

Particular attention was paid to the issue of Ukrainian citizens and political prisoners illegally held in Russia. The head of state spoke about the efforts that are being made to release them and noted the importance of consolidating international efforts in this context.

The officials also discussed preparations for the Ukraine-EU and Ukraine-NATO summits in Brussels in July this year.

As UNIAN reported earlier, President of the European Council, Donald Tusk, had called on G7 powers to show support for a Ukrainian filmmaker Oleh Sentsov, serving a 20-year prison sentence in Russia on trumped-up "terrorism" charges.

If you see a spelling error on our site, select it and press Ctrl+Enter
Tags:PoroshenkoRussianAggressionEuropeanUnionpoliticalprisonerssummitambassadors