The Ukrainian president also reminded his counterpart of the need for Russia to fulfill Minsk agreements. 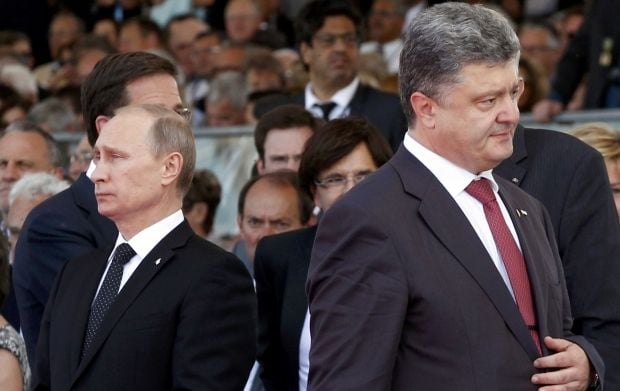 Ukrainian President Petro Poroshenko held a telephone conversation with Russian President Vladimir Putin on June 21, calling for the release of Ukrainian hostages held in Russian prisons and in the occupied territories, the presidential press service said in a statement.

The president also emphasized the importance of allowing access of Ukraine Parliament's Ombudsperson Liudmyla Denisova to Oleh Sentsov and other Ukrainian prisoners.

"Poroshenko stressed the need for Russia to implement the security part of the Minsk agreements. The importance was also emphasized of intensifying the work in the Normandy format to agree on the concept of deployment of an international UN peacekeeping mission in the occupied territory of Donbas as an important instrument for the implementation of the Minsk agreements," the press service added.

As UNIAN reported earlier, on June 9, President of Ukraine Petro Poroshenko spoke by phone with Russian President Vladimir Putin to discuss the issue of exchanging detainees.

If you see a spelling error on our site, select it and press Ctrl+Enter
Tags:RussiaPoroshenkoUkrainePutinpoliticalprisonersrelease