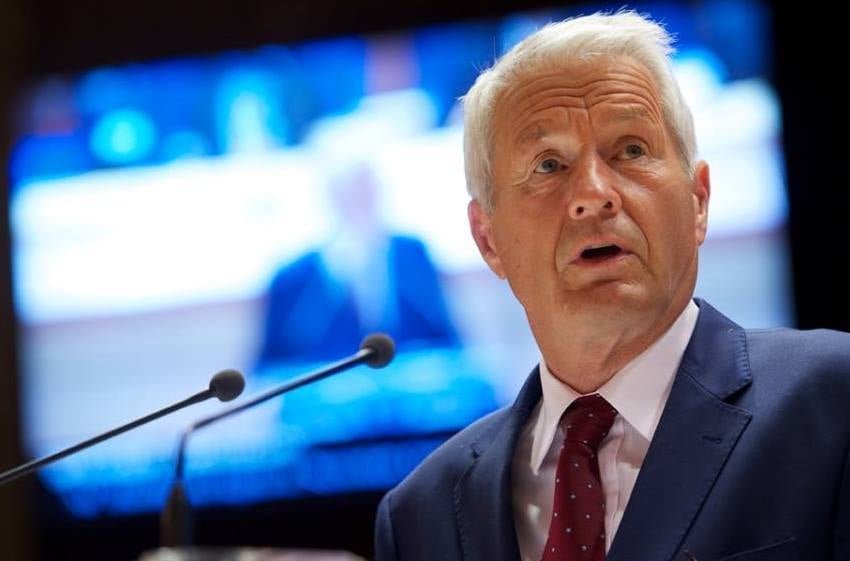 On Monday, Jagland will file a petition for pardoning Sentsov, the Ukrainian-language service of Germany's Deutsche Welle (DW) reported, referring to Director of Communications at the Council of Europe, Deputy Secretary General Daniel Holtgen.

According to the CoE representative, the Secretary General, as the head of the Council, has the right to do so in accordance with the European Convention on Human Rights.

It is noted that on June 20, Jagland visited Moscow, where he met with President Putin, Foreign Minister Sergei Lavrov and Russia's Ombudsperson Tatiana Moskalkova.

Holtgen noted that Jagland did not raise the issue of the release of Ukrainian political prisoners during talks with Putin. However, he urged the Russian officials to release Sentsov for humanitarian reasons at the meetings with Lavrov and Moskalkova.

He added that the Russian side listened to his appeal, but did not express any support or objection.

Following this, the Secretary General decided to personally apply for the release of Sentsov.

He is kept in a colony located in a distant town of Labytnangi in Yamalo-Nenets Autonomous Area, Russia.

On June 9, President of Ukraine Petro Poroshenko spoke by phone with Russian President Vladimir Putin to discuss the issue of exchanging detained persons.

On June 15, Ukraine Parliament's Ombudsperson Liudmyla Denisova was denied access to Sentsov, as well as to Ukrainian activist Mykola Karpiuk on June 16 and Ukrainian journalist Roman Sushchenko on June 18.

If you see a spelling error on our site, select it and press Ctrl+Enter
Tags: #Russia#Putin#Sentsov#FreeSentsov#politicalprisoner#Jagland#hungerstrike
Latest news