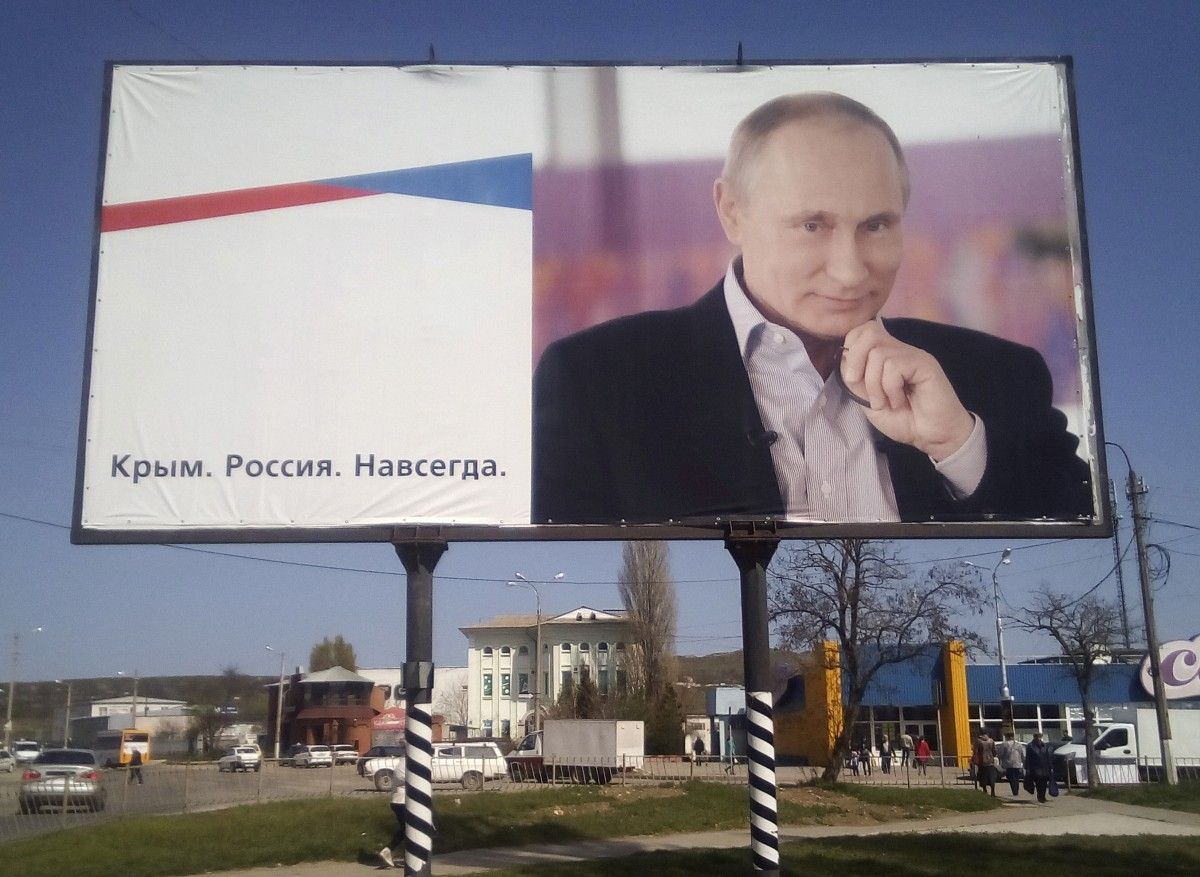 Ukrainian President Petro Poroshenko has called the words of Russian President Vladimir Putin about the "referendum" in Crimea in March 2014 ridiculous.

Read alsoTrump did not back water on Ukraine – Poroshenko

"These are not Ukrainians, not Ukrainian authorities and people, but they [Russians] who held the referendum. I think this is another convincing proof of the illegality of annexation," Poroshenko told a Svoboda Slova [Freedom of Speech] talk show on Ukraine's ICTV channel, commenting on Putin's words at a press conference after talks with U.S. President Donald Trump in Helsinki on July 16, DW's Ukrainian Service has reported.

As UNIAN reported earlier, Russian President Vladimir Putin said that U.S. President Donald Trump considers the annexation of Crimea illegal but added that "we put paid to this issue."

"Well, posture of President Trump on Crimea is well known, and he stands firmly by it. He continued to maintain that it was illegal to annex it. Our viewpoint is different. We held a referendum in strict compliance with the U.N. Charter and the international legislation. For us, this issue — we put paid to this issue," Putin said in Helsinki.

If you see a spelling error on our site, select it and press Ctrl+Enter
Tags: #Crimea#Poroshenko#Ukraine#Putin#referendum
Latest news