OSCE envoy on release of Sentsov: "It is urgent now"

Desir has repeatedly urged the Russian authorities to release the Ukrainian filmmaker. 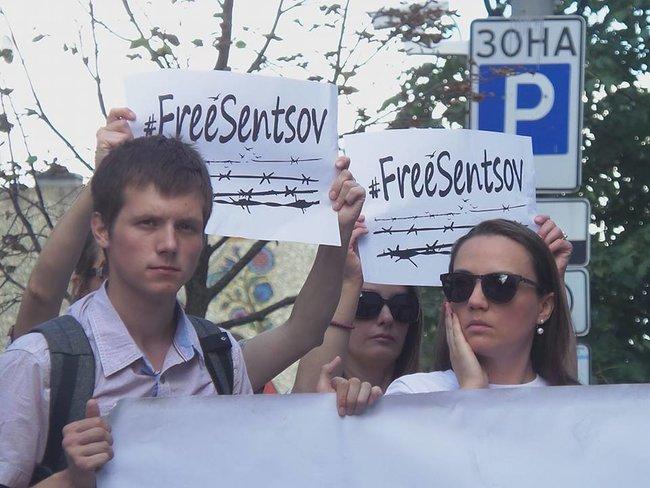 OSCE Representative on Freedom of the Media Harlem Desir has once again called on Russia to free illegally convicted Ukrainian film director Oleh Sentsov, who has been on hunger strike in a Russian penal colony since May 14.

"[I'm] very alarmed by the deteriorating health of Crimean writer and filmmaker Oleh Sentsov, on hunger strike in a Russian prison. I repeat my call for his release. It is urgent now," Desir wrote on Twitter on August 9.

Very alarmed by the deteriorating health of Crimean writer/filmmaker #OlegSentsov, on hunger strike in a Russian prison. I repeat my call for his release. It is urgent now. See my previous statements: https://t.co/b99spNhgEn… @OSCE_RFoM

Sentsov, who was illegally imprisoned in Russia, began a hunger strike on May 14, 2018, in protest against the politically motivated jailing of dozens of Ukrainians in the Russian Federation.

Sentsov was arrested in Russian-occupied Crimea in spring 2014 and in August 2015, he was sentenced to 20 years in prison following an unfair trial where he faced "terrorism" charges stemming from his opposition to Russia's occupation of Crimea. He has been serving his term in a penal colony in the town of Labytnangi, Russia's Yamal.

The Verkhovna Rada Commissioner for Human Rights, Liudmyla Denisova, in turn asked her Russian counterpart Tatiana Moskalkova to arrange the transfer of Sentsov to a Moscow hospital with experts on endogenous nutrition. Also, Denisova asks the head of the Putin administration to help with the consideration of a petition calling for pardoning Sentsov.

If you see a spelling error on our site, select it and press Ctrl+Enter
Tags:RussiaOSCESentsovFreeSentsovLetMyPeopleGo