Ukraine celebrates the 27th anniversary of its independence on August 24. 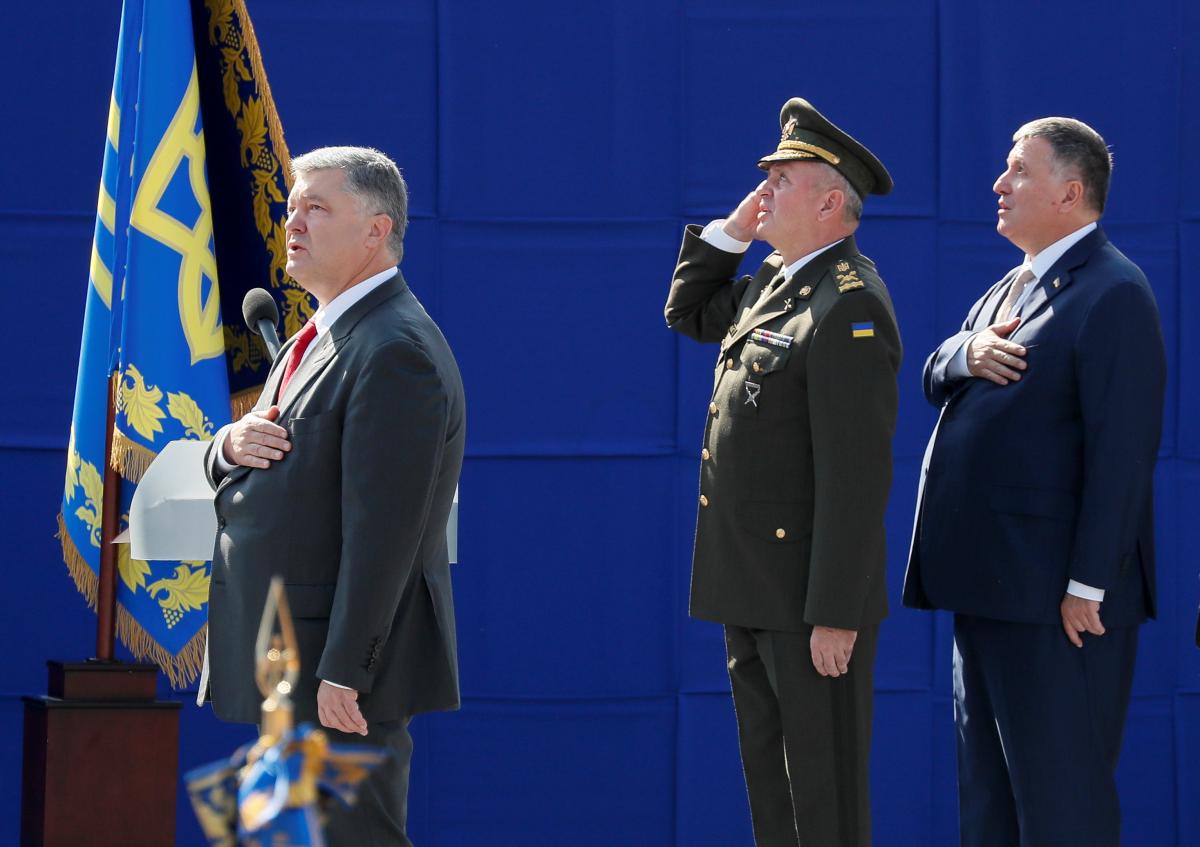 Ukrainian President Petro Poroshenko says that Ukraine, having been tested by war and economic crisis, has withstood and "built strong muscles."

"The [past] 4.5 years were a tough time for us. Thousands of Ukrainians, military and civil, have died from the hands of the enemy. Ukraine has been tested by war and economic crisis ... Thank God that we have survived and built strong muscles," he said at a military parade in Kyiv on August 24 on the 27th anniversary of Ukraine's independence.

If you see a spelling error on our site, select it and press Ctrl+Enter
Tags:independencedayPresident Poroshenko