Ukraine marks the 27th anniversary of its independence on August 24. 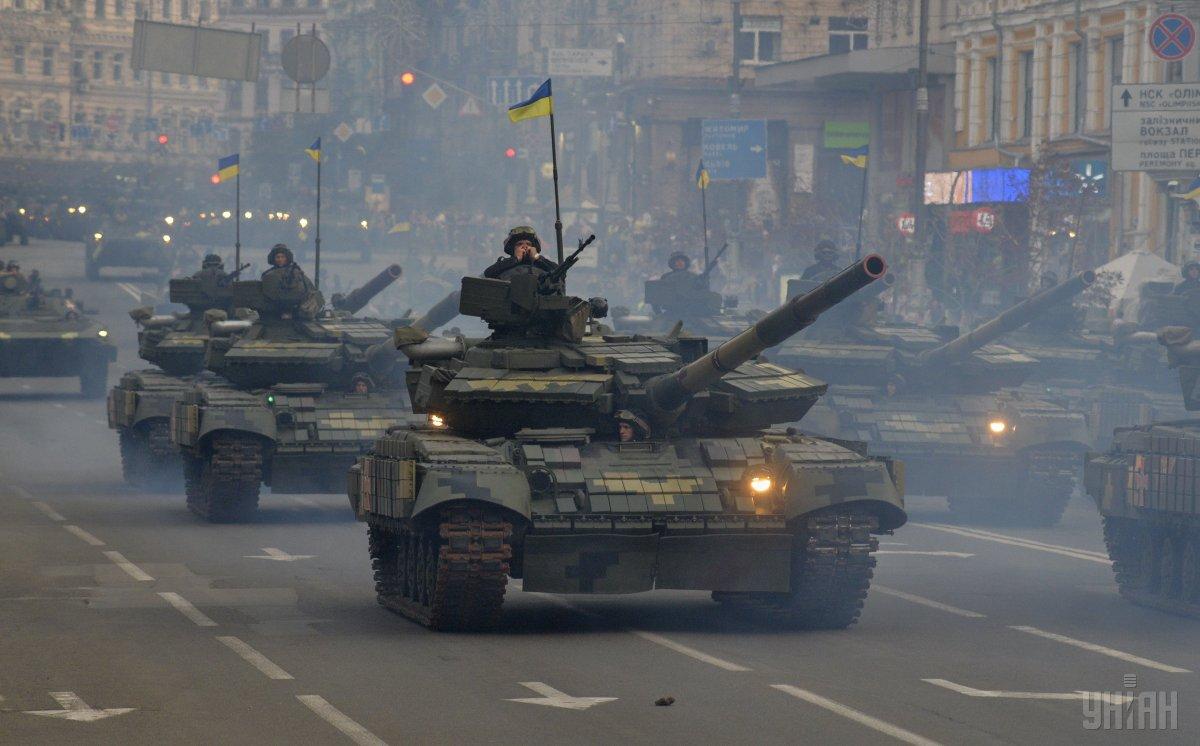 Kyiv is hosting a military parade on the 27th anniversary of Ukraine's independence on August 24.

Some 250 units of military equipment are being showcased during the event, some 4,500 military personnel are taking part in the parade.

Units of the Armed Forces of Ukraine, the National Guard, the State Border Guard Service, the Security Service of Ukraine and other formations are marching along Kyiv's major thoroughfare, Khreshchatyk Street.

This year, female soldiers of the Military Institute of Taras Shevchenko Kyiv National University and the Military Telecommunications and Information Institute named after the Heroes of Kruty are taking part in the parade.

At the military parade, the new official greeting of the Ukrainian Armed Forces "Glory to Ukraine! Glory to the Heroes!" will be officially introduced.

Some 30,000 members of Ukraine's law enforcement agencies are engaged in keeping order during Independence Day events on August 24.

During the parade on Independence Day, the new An-178 transport aircraft will be publicly presented for the first time. Also, the presentation of new models of weapons and military equipment, created by the national defense industry, is expected. Among them there are rocket and artillery weapons: the Sapsan multifunctional missile complex, the Vilkha high-precision system of volley fire, the Verba automated system of volley fire, the 155mm Bohdana self-propelled howitzer, and T-64BV modernized main battle tanks.