Poroshenko to table bill in parliament to amend Constitution for accession to NATO, EU

The bill will be registered by September 4. 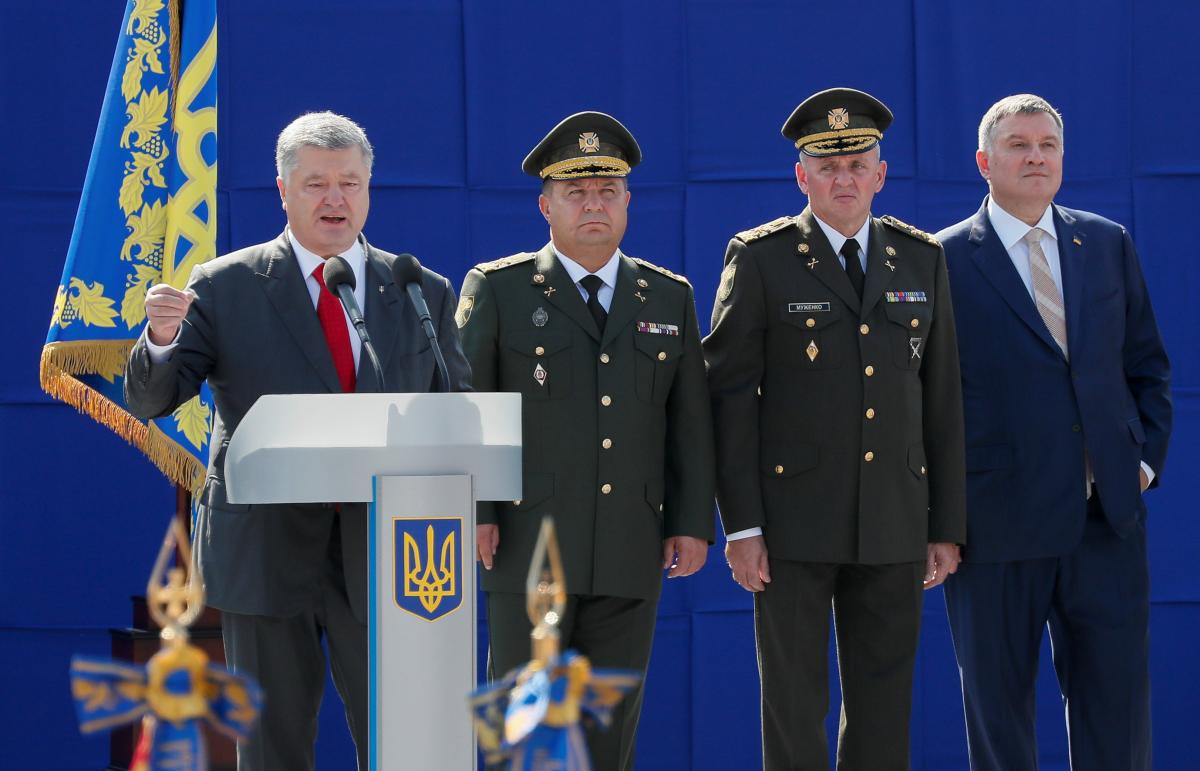 Ukrainian President Petro Poroshenko has pledged to table a bill in parliament to amend Ukraine's Constitution for paving the way for the country's membership in the North Atlantic Treaty Organization (NATO) and the European Union.

"I will insist that our aspirations to join the European Union and NATO be sealed in the Constitution. Lawyers have found a formula how to do this in the best possible and quick way," he said in Kyiv on Friday, August 24, addressing the nation on the 27th anniversary of Ukraine's independence.

"My relevant bill will be registered before the Verkhovna Rada opens its fall session, which is scheduled for September 4," he said.

As UNIAN reported, the National Security Law came into force in Ukraine on July 8. The law, in particular, defines the principles of the country's national security and defense policy.

The fundamental national interests of Ukraine include integration into the European political, economic, security, legal space; membership in the European Union and NATO, the development of equal and mutually beneficial relations with other states.

Poroshenko said then he would ask the parliament to incorporate NATO and EU membership provisions in the nation's Constitution.

If you see a spelling error on our site, select it and press Ctrl+Enter
Tags:NATOEuropeanUnionConstitutionPresident Poroshenko