Issues with Hungary should not affect UA cooperation with NATO, EU - Poland 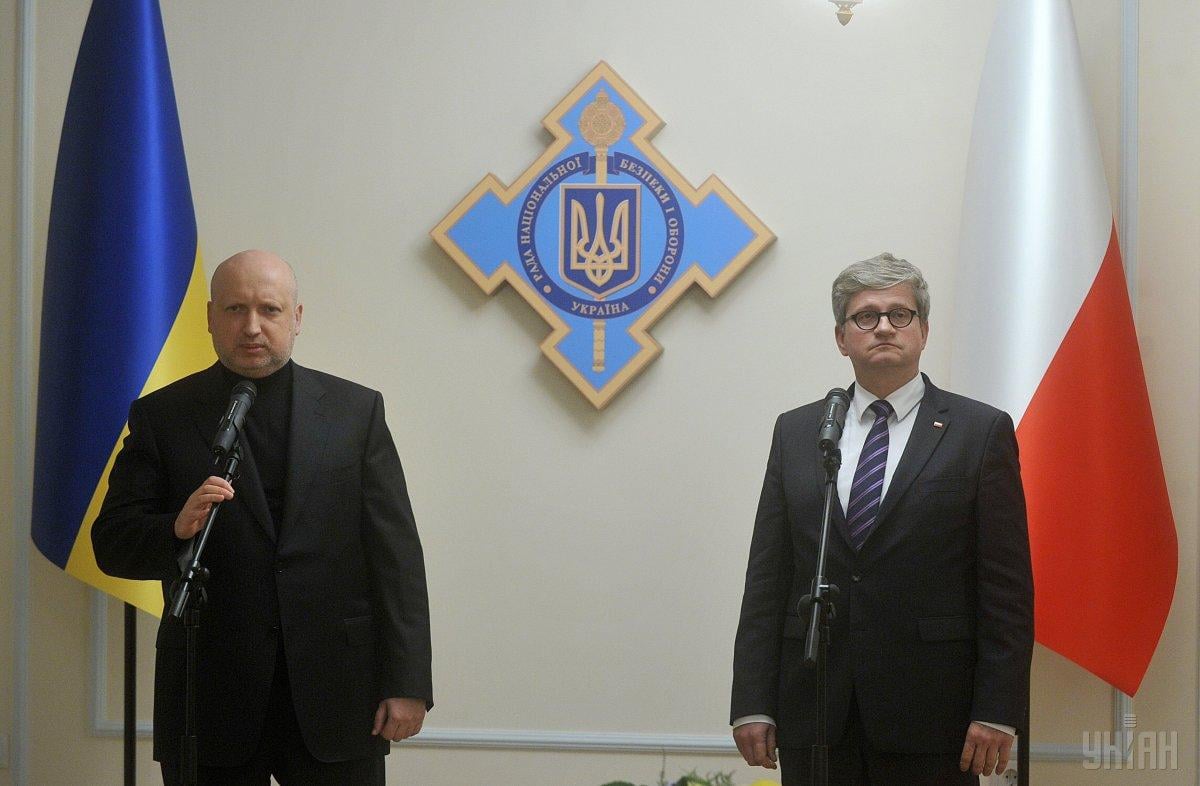 Head of the National Security Bureau of the Republic of Poland, Pawel Soloch, states that the tension in relations between Ukraine and Hungary should not affect the development of cooperation between Ukraine and the North Atlantic Treaty Organization (NATO) as well as the European Union.

“Regarding the situation between Hungary and Ukraine: we are interested in these tensions not affecting Ukraine's cooperation with NATO and the European Union,” Soloch said, speaking at a joint press conference with NSDC Secretary Oleksandr Turchynov in Kyiv Thursday, according to an UNIAN correspondent.

Separately, he noted that at the next meeting of the NATO-Russia Council, the issue of Russian aggression against Ukraine will be the only one on the agenda.

In addition, after the situation with the secret distribution of Hungarian passports to Ukrainians in Zakarpattia region, Ukrainian Foreign Minister Pavlo Klimkin said that Ukraine could expel the Hungarian Consul in Berehove and that it would not retreat from the implementation of the pro-Ukrainian policies in the region. In turn, Szijjarto threatened to resort to new measures to hinder the European and Euro-Atlantic integration of Ukraine.

On October 4, the Hungarian Consul in the town of Berehove was declared persona non grata. He must leave the territory of Ukraine within the next 72 hours. In a retaliation move, Hungary announced the expulsion of the Ukrainian Consul in Budapest.

If you see a spelling error on our site, select it and press Ctrl+Enter
Tags:NATOPolandHungaryKlimkinEuropeanUnionSzijjartolanguagerow