Hungary escalating tensions with Ukraine, playing along with Russia – media

Hungarian officials get very nervous when accused of coordinating their moves with Moscow. 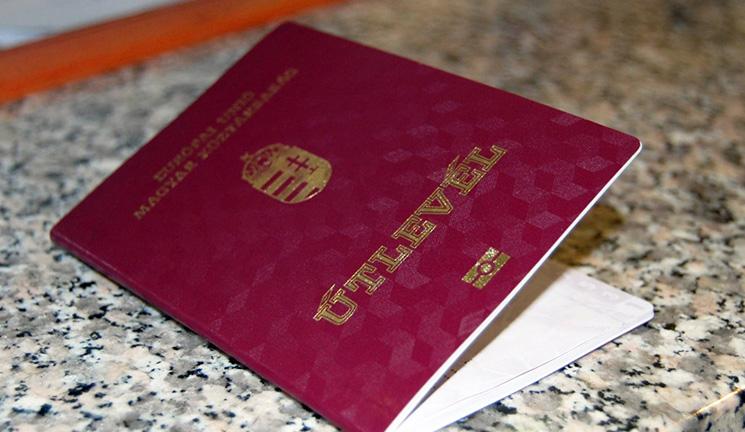 After the shocking video was released revealing a scene where Ukrainians in the Hungarian Consulate in Zakarpattia's Berehove were issued Hungarian passports and instructed to conceal the fact before the Ukrainian authorities, Peter Szijjarto, Hungary's top diplomat, chose a tactic of escalating the confrontation.

Although this is hardly his own initiative as the aggravation of relations with Ukraine is the policy of the entire current political class in Hungary, LB.ua wrote.

This is evidenced by a recent visit of a Hungarian delegation to Transcarpathian Region, which included Secretary of State for National Policy Arpad Janos Potapi, the head of the Transcarpathian department at the State Secretariat of Hungary, Katalin Ljubka, the head of the office of state secretary Z. Kadar, as well as Hungary's general consuls in Uzhhorod - Jozsef Buhajla - and in Berehove - Matias Siladi.

During their visit to Ukraine, they held confidential talks on the current situation with the administration of the Hungarian Culture Society of Transcarpathian Region and the Democratic Union of Hungarians of Ukraine.

They said Budapest was investigating the leak of a scandalous video from the consulate in Berehove, showing Transcarpathian residents being issued Hungarian passports and asked to keep it secret. Hungarian special services are running thorough checks on those who apply for fast-tracked citizenship.

In the meantime, Budapest has temporarily suspended citizenship ceremonies in Transcarpathian Region. From now on they will be held at local self-government offices in Hungary's Szabolcs-Szatmár-Bereg County bordering with Ukraine,

Pro-Hungarian organizations, in turn, said that because of extended checks of Ukrainian Hungarians for dual citizenship at the border, they and the consulates reopened legal aid centers. Interestingly enough, a similar center used to operate back in 2015 when its lawyers helped Transcarpathian Hungarians dodge mobilization to the Ukrainian army.

Further coordination of international efforts on countering the language clauses of the Ukrainian education law was also discussed during the delegation's visit. The participants in the meeting agreed that at international events they will insist that the law "limits" the rights of minorities. That's exactly what Ukrainian MP Laszlo Brenzovych claimed on October 11 in Brussels at a meeting with European Commissioner for Education, Culture, Youth and Sport Tibor Navracsics and President of the European Parliament Antonio Tajani. "Hungarians' position has never been so bad in the history of independent Ukraine," Brenzovych said.

High-ranking Hungarian official Potapi said about Budapest's intention to pass an address to the European Commission and the EU Council, which would accuse Kyiv of "violating" its obligations under the EU-Ukraine Association Agreement.

Ukraine's plans to station a standing military contingent in the town of Berehove was also discussed. According to the representative of the Democratic Union of Hungarians of Ukraine, Laszlo Zubanich, this "will upset the ethnic balance" that has formed in Berehove and across the area over the past decades. Moreover, this step of the Ukrainian authorities allegedly contradicts the agreement on cooperation between the Hungarian Republic and the former Ukrainian SSR.

Meanwhile, Hungarian officials get very nervous when accused of coordinating their moves with Moscow, which for four years has been trying to change the government in Ukraine first by military means, then by terrorism and sabotage, and now also with political methods. Because Russia is "toxic", Budapest is trying to avoid a "Hungary-Russia" connection because it calls into question the independence of the Hungarian authorities.

But facts are stubborn, and they suggest quite the opposite.

First, Szijjarto's harsh statements about Ukraine began and continued, by a strange coincidence, at joint events with Sergei Lavrov (New York on September 19, 2017, followed by an event in Moscow on October 3, 2018). "The ministers expressed concern about the education law passed by the Ukrainian parliament, which limits the rights of ethnic minorities to education in their native language," the Russian Foreign Ministry said then.

Second, it is Moscow that helps the Hungarian authorities share information about the "oppression of Transcarpathian Hungarians" internationally. It was the Russian delegation who distributed corresponding brochures at the OSCE conference in Warsaw in September. And they were printed in Moscow, too.

Orban closely cooperates with Moscow on economic matters as well - and he intends to develop these relations further despite European sanctions and EU policies. On September 18, 2018, at a meeting with Russian President Vladimir Putin, the Hungarian prime minister insisted that Moscow should consider an extension of the future Turkish Stream gas pipeline to Hungary. Thus, he nodded at Russian plans to increase the volume of Russian gas supplies to Europe, while excluding the real and potential opponents of Moscow’s imperial policy from among the transit countries (including Ukraine, Belarus, Poland and Lithuania).

And during his visit to Moscow on October 3, Szijjarto announced that in 2020, Budapest would buy 4 bln cubic meters from Moscow. And although the cost of Russian gas for Hungary is kept in secret, practice shows that Moscow always uses gas either as a stick or a carrot.

Taking into account all said factors, Budapest and Moscow might not only play along on the Ukraine issue but also coordinate their joint actions against Kyiv.

Despite the mutual expulsion of consuls, as well as a series of unfriendly statements on Ukraine by Peter Szijjarto, Kyiv still harbors hope to at least take the public rhetoric down a notch.

"We are not at war with Hungary because we are at war with the Russian Federation which carried out armed aggression. But we need to find a common language with Budapest," Klimkin said optimistically after his latest meeting with Szijjarto.

If you see a spelling error on our site, select it and press Ctrl+Enter
Tags:passportsHungaryKlimkinSzijjartolanguagerow