The trilateral talks were held in Paris on November 11. 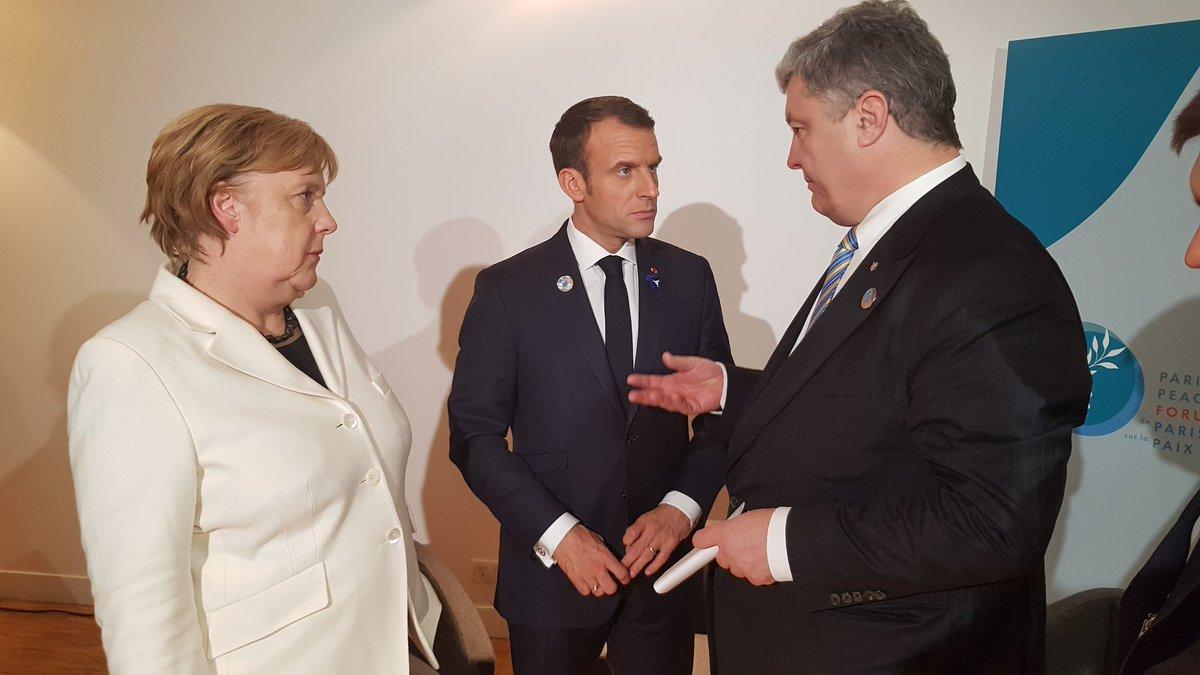 Poroshenko announced details of the trilateral talks after their meeting in Paris, France, on November 11, an UNIAN correspondent reported.

"The need has been stressed to urgently return to the exchange of our heroes, including the military, soldiers who have illegally been kept in the occupied area in Donbas," Poroshenko told journalists.

As UNIAN reported earlier, Ukraine's envoy to the Trilateral Contact Group's humanitarian subgroup for the settlement of the situation in Donbas Iryna Gerashchenko said on October 16 that there was no progress at the TCG negotiations held in Minsk on the release of the Ukrainian hostages.

UNIAN memo. On December 27, 2017, Ukraine freed convicts who were detained over involvement in Russian aggression in Donbas and were serving their sentences in Ukrainian prisons. They were exchanged for 73 Ukrainian hostages kept in the Russian-occupied east of Ukraine. There were 32 servicemen and 41 civilians among the freed Ukrainian hostages.

Negotiations on the further release of Ukrainian hostages are still ongoing. The Ukrainian side regularly emphasizes that the Russian-controlled de-facto authorities in Donbas are sabotaging the swap of detainees.

Gerashchenko says that the detention of only two dozen Ukrainians out of more than 100 people on the swap lists has been confirmed by the other side.