Ex-chief of Donetsk administration on pseudo-elections in Donbas: Putin shows he would only talk with Trump

Putin sought to humiliate Europe, showing that the Normandy format yields no results, the official believes. 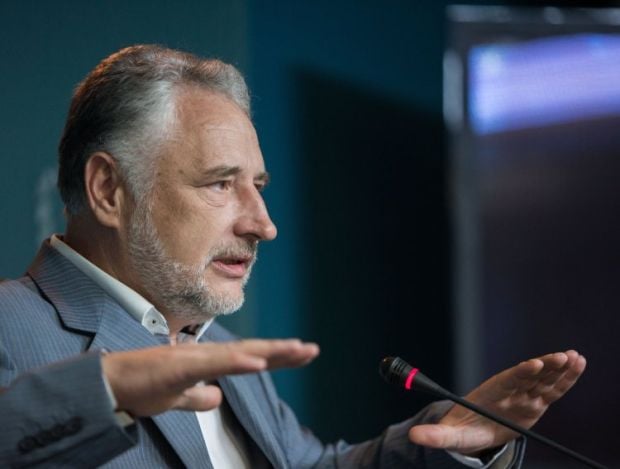 Ex-head of the Donetsk Regional State Administration Pavlo Zhebrivsky has said by organizing "elections" in the occupied territories of Donbas, Russia sent a signal that Vladimir Putin would talk only with U.S. President Donald Trump.

"Why was Russia in such a rush to hold elections in Donetsk and Luhansk regions? First, to humiliate Europe and to show that the Normandy talks, involving [German Chancellor Angela] Merkel and [French President Emmanuel] Macron, yield no results. Russia wanted to show that Putin would only talk with Trump. Perhaps, even with the Chinese, but on other issues," he told ZIK TV channel.

According to Zhebrivsky, another reason for holding "elections" was Moscow's desire to bring occupation forces to the negotiating table, the idea which Putin had earlier voiced via his Ukraine crony, Viktor Medvedchuk.

If you see a spelling error on our site, select it and press Ctrl+Enter
Tags:DonbasPutinTrumpMerkelNormandyFourMacronMedvedchukZhebrivskypseudoelections