Russia has been turning the occupied Crimea into a major military base. 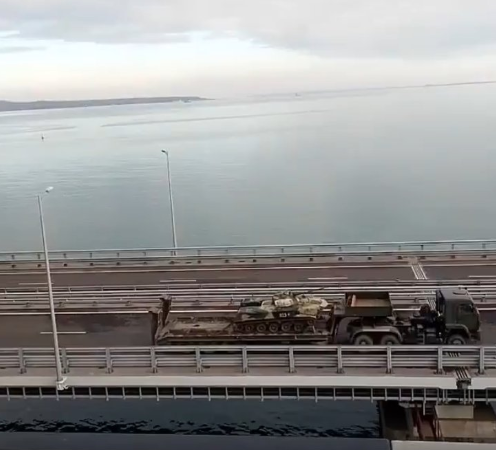 A large convoy of trucks carrying military equipment into the Russian-occupied Crimea was spotted moving across the Kerch Strait Bridge on December 8.

"Kerch Bridge, December 8," the caption to the video says.

As UNIAN reported earlier, Ukrainian intelligence has many times spotted Russian Iskander missile launchers near the Ukrainian border and on the territory of the illegally annexed Crimea. Iskander missiles range threatens eastern Europe.