The main subject of the conversation was the situation in the Kerch Strait. 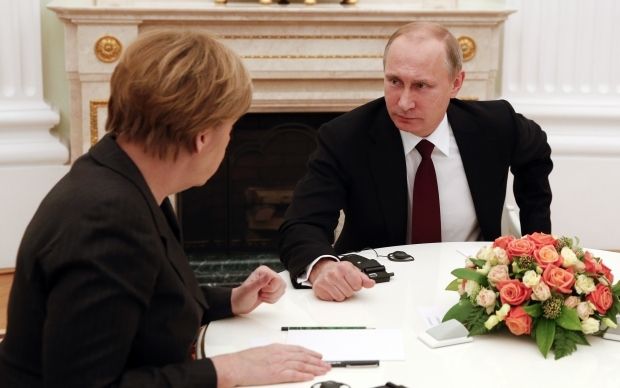 German Chancellor Angela Merkel has called on Russian President Vladimir Putin to free 24 Ukrainian sailors who were captured near the Kerch Strait in the Black Sea on November 25.

Merkel had a telephone conversation with Putin on Monday, December 10; it took place on her initiative, the Ukrainian media outlet lb.ua reported with reference to an official announcement on Merkel's website.

The main subject of the conversation was the situation in the Kerch Strait. Merkel, in particular, stressed the need for ensuring unimpeded passage of ships through the strait.

In addition, the two leaders discussed gas transit shipments through Ukraine after 2019, when the current contract between Ukraine's oil and gas company Naftogaz and Russia's gas giant Gazprom is to expire.

Merkel and Putin also talked about the situation in Syria, in particular discussed the formation of a constitutional committee. They also touched on the Intermediate-Range Nuclear Forces Treaty (INF Treaty).

If you see a spelling error on our site, select it and press Ctrl+Enter
Tags:PutinMerkelcaptivesLetMyPeopleGoPOWsUkraineNavy