According to the president, the amendments to the law adhere to the principle of freedom of religion and equality of all denominations. 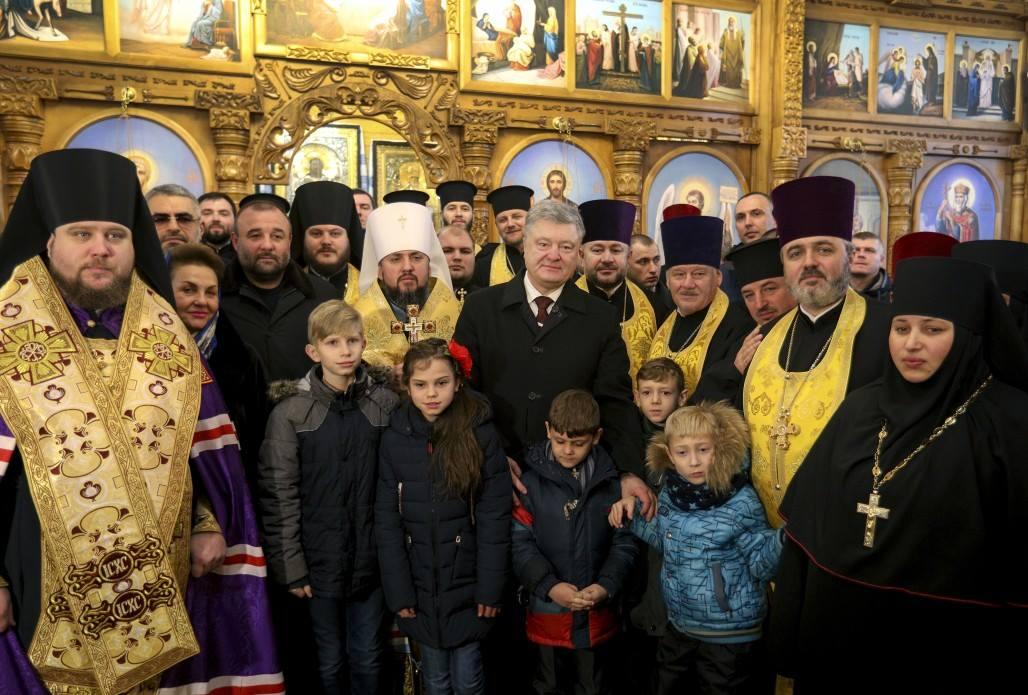 Ukrainian President Petro Poroshenko has signed a law to rename the Ukrainian Orthodox Church of the Moscow Patriarchate (UOC-MP).

The president signed the law of Ukraine on making amendments to the Law of Ukraine "On Freedom of Conscience and Religious Organizations" regarding the name of religious organizations/associations that are incorporated in/are part of a religious organization/association whose head office/administration is located outside Ukraine, in a state that is recognized by law as carrying out military aggression against Ukraine and/or temporarily occupying part of the territory of Ukraine, the presidential press service said in a statement on December 22.

"People have the constitutional right to a free choice of religion. The amendments to the law will create better conditions for implementing such a right for those who will decide which Orthodox jurisdiction to belong to... Be it either the newly created autocephalous Orthodox Church of Ukraine or the church that has insists in keeping its relations with and dependence on ROC," the head of state said, signing the law.

"It is easier to make a choice when all things are called by their names, when there is enough information to make this choice voluntary. The implementation of the law will give the citizens full information," he added.

According to the president, the amendments to the law adhere to the principle of freedom of religion and equality of all denominations. There will be no restriction on the constitutional rights of citizens, he said.