The Embassy says CNN should do better fact-checking. 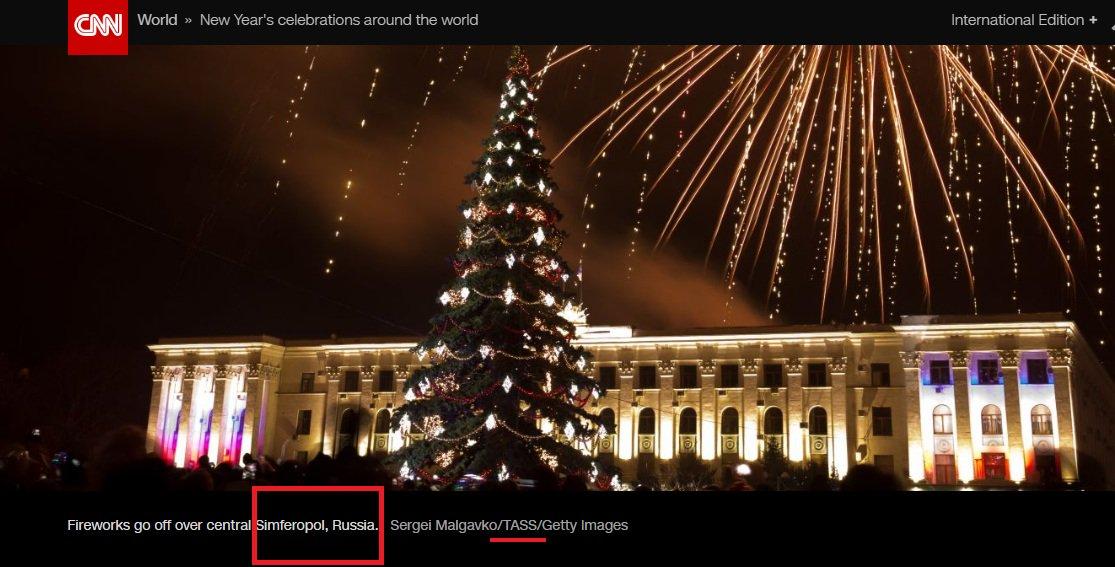 Ukraine's Embassy to the United States has responded to a CNN report in which the Ukrainian city of Simferopol, which is occupied by Russia, was mentioned as part of Russia.

A material by U.S.-based CNN about New Year events around the world features a photo of Russian-occupied Simferopol captioned "Fireworks go off over central Simferopol, Russia."

We hope that our friends from @CNN will do better fact checking and content choice. Simferopol is a Ukrainian city in Crimean peninsula occupied by Russia. Don’t follow Russia’s playbook.#CrimeaIsUkrainepic.twitter.com/UuBSQp87BA