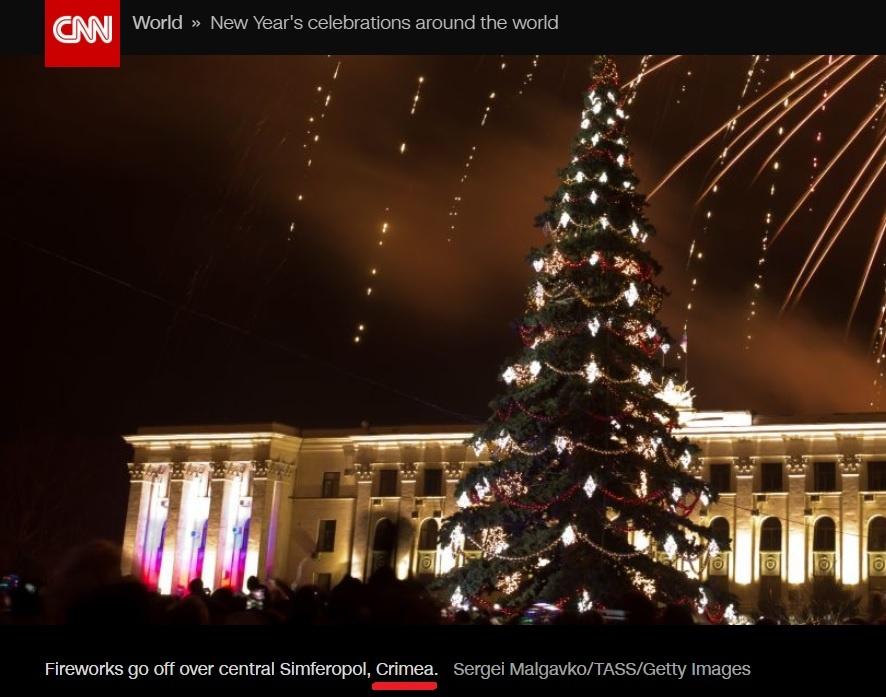 CNN has edited its New Year's photo report to remove the caption that initially claimed Simferopol to be a Russian city.

As UNIAN reported earlier, Ukraine's Embassy to the United States has responded to a CNN report in which the Ukrainian city of Simferopol, which is occupied by Russia, was mentioned as part of Russia.

If you see a spelling error on our site, select it and press Ctrl+Enter
Tags:CrimeaoccupiedCrimeaSimferopol