Tomos for Ukraine Church signed by all members of Constantinople Synod

Now, the document has been finalized. 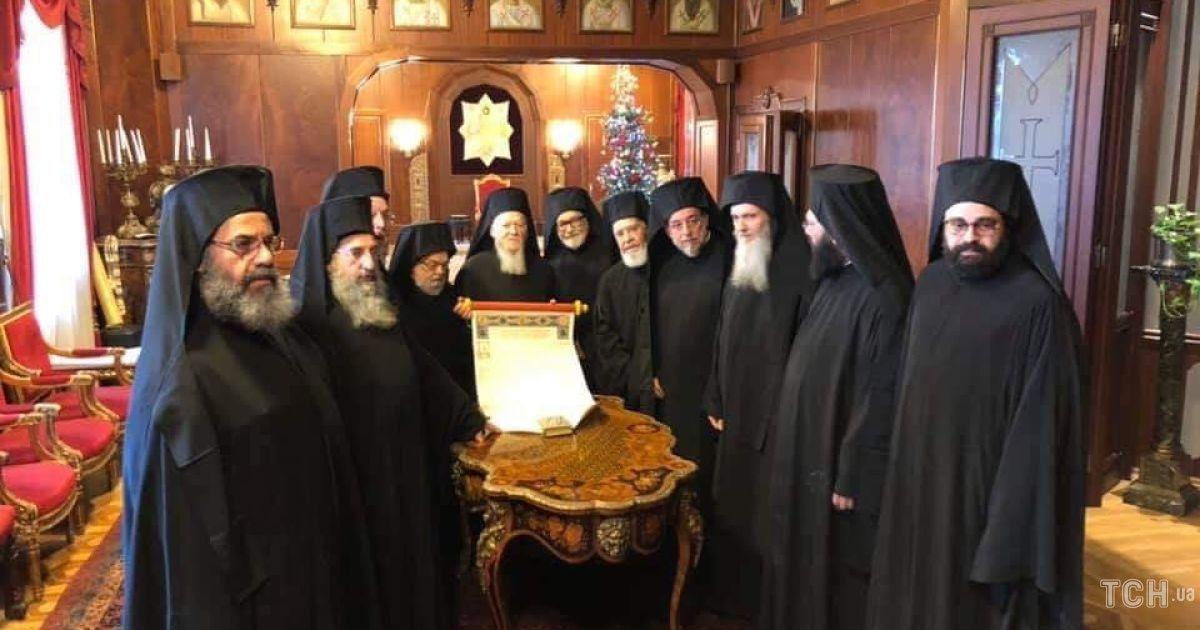 On January 9, in Istanbul, members of the Synod of the Ecumenical Patriarchate signed off the tomos of autocephaly of the newly-established  Orthodox Church of Ukraine, thus granting it canonical independence.

Now, the document has been finalized, TSN wrote, posting a photo report from a signing ceremony.

Within a few days, the document will be returned to Ukraine.

As UNIAN reported earlier, on December 15 the Unification Council of representatives of Ukrainian Orthodox churches elected Epifaniy, Metropolitan of Pereyaslavl and Bila Tserkva a leader of the new Orthodox Church of Ukraine.

On January 6, in the St. George Cathedral in Istanbul, Ecumenical Patriarch Bartholomew handed to Epifaniy the tomos granting autocephaly to the new Orthodox Church of Ukraine in a move that marked Ukraine's ultimate release from under Russia's religious grip which the Kremlin has systemically exploited in geopolitical games of influence. 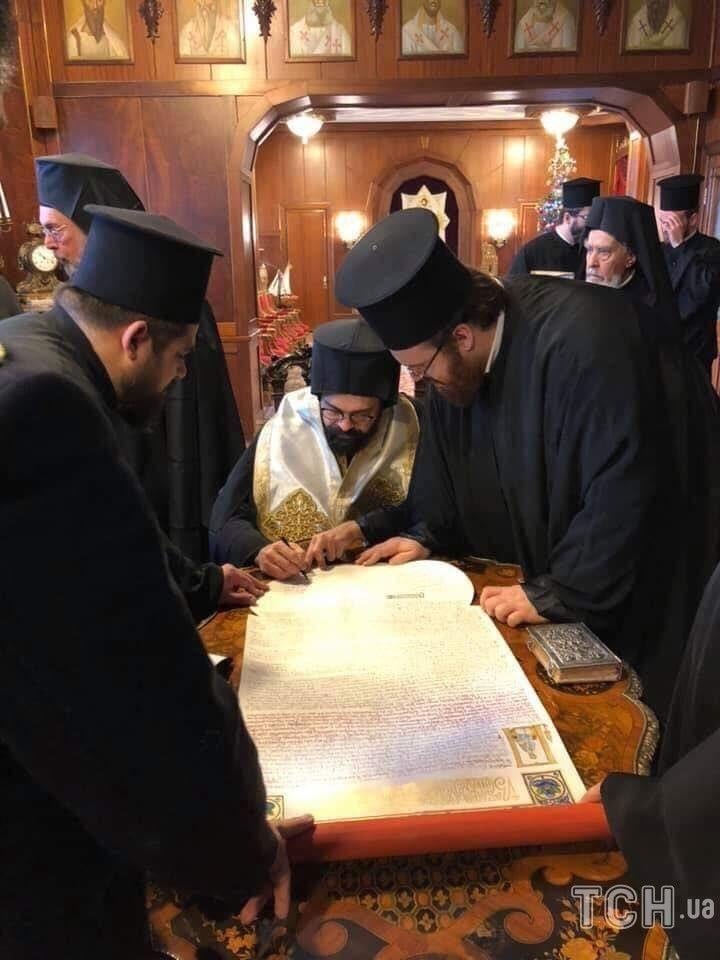 Photo from TSN
If you see a spelling error on our site, select it and press Ctrl+Enter
Tags:independencereligionchurch