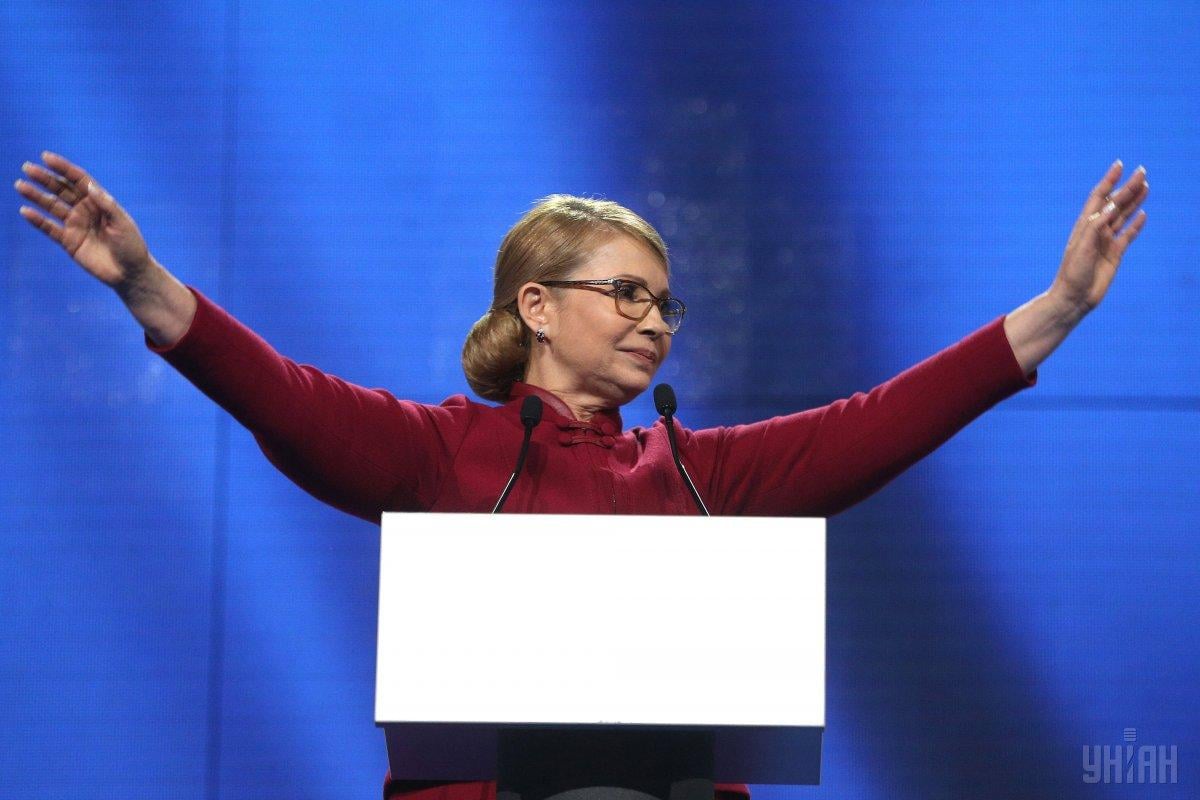 Leader of the Batkivshchyna Party Yulia Tymoshenko has announced she has entered the presidential race in Ukraine.

Tymoshenko made this announcement at the Batkivshchyna Party Congress, where the issue of nominating her as a presidential candidate in Ukraine was considered, according to an UNIAN correspondent.

Tymoshenko said that the incumbent authorities' main political special technology was to call all the "recalcitrant at these elections" to be "the hand of the Kremlin," including the democratic forces that had not joined the authorities.

The Batkivshchyna leader said the Kremlin is interested in Ukraine suffering from "devastation and chaos, corruption and poverty, i.e. a break-up."

Tymoshenko says she thinks the Ukrainian authorities have been doing everything to make the country break up, adding she will run for president.

Also, a video message by former Georgian President Mikheil Saakashvili was shown at the congress. He expressed support for Tymoshenko and said Ukraine could become "a great country and a superpower," but to make this happen, it is necessary to remove incumbent President Petro Poroshenko and "his gang" from power.

The delegates to the congress were also shown a video message by former NATO Secretary General Anders Fogh Rasmussen and President of the European People's Party Joseph Daul. They expressed support for Tymoshenko, in particular on the way of Ukraine to accession to NATO and the European Union.

If you see a spelling error on our site, select it and press Ctrl+Enter
Tags:electionsTymoshenko