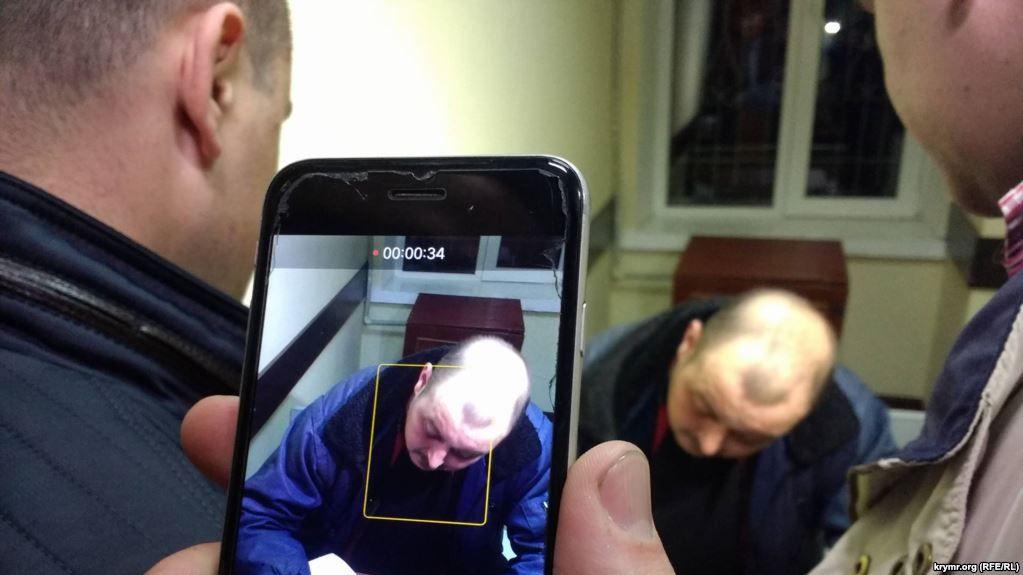 Russian media report that captain of the Nord Horbenko is in Crimea / Photo from krymr.com

Captain of the seized Crimea-registered vessel "Nord" Volodymyr Horbenko has reportedly fled to Russian-occupied Crimea; Ukrainian border guards are now checking how he crossed the border after he had been released on bail with a ban on visits to Crimea.

"He has not crossed any border sections or administrative border with occupied Crimea, or the checkpoints on the contact line [with Russian-occupied Donbas] – officially, he has not gone outside the controlled part of Ukraine," aide to the Chairman of the State Border Service of Ukraine Oleh Slobodyan said.

Answering a question whether Horbenko could have left the territory of Ukraine with another ID document, the State Border Service's representative replied: "We are now trying to find out how he might have entered occupied Crimea."

As UNIAN reported earlier, Ukrainian border guards on March 25, 2018, detained the Nord fishing vessel in the Sea of Azov. The vessel was registered in the temporarily occupied territory of Crimea, it was flying the flag of Russia. There were 10 crew members on board, they all had passports of citizens of the Russian Federation. Horbenko, a former citizen of Ukraine, acquired Russian citizenship after Russia annexed Crimea in March 2014.

The State Border Service said the crew members had violated the procedure for leaving the temporarily occupied territory of Ukraine.

The captain was accused of committing criminal offenses under Part 1 of Article 249 and Part 2 of Article 321-1 of the Criminal Code of Ukraine (illegal fishing and violation of the procedure for entering and leaving the temporarily occupied territory of Ukraine).

The Nord vessel was seized and transferred to the National Agency of Ukraine for finding, tracing and management of assets derived from corruption and other crimes (Asset Recovery and Management Agency, or ARMA) and later put up for sale.

On July 18, 2018, deputy head of the Ukrainian-based Prosecutor’s Office for Crimea Yehor Rebrov said that the Nord crew could freely return to Crimea with Ukrainian passports issued before the Russian occupation of the peninsula. At the same time, captain Volodymyr Horbenko was facing five years in prison.

In August 2018, the prosecutor's office completed a pretrial investigation into the captain's case, which was heard by Kyiv's district court.

In January 2019, lawyer of the captain Maksym Mohylnytsky announced that his client had disappeared in mainland Ukraine. He alleged the involvement of the Ukrainian special services. Ukraine's SBU Security Service in turn said it had nothing to do with Horbenko's disappearance.

On February 11, 2019, it became known that Horbenko was in Russia-occupied Crimea.

He gave an interview to Russia's Komsomolskaya Pravda newspaper, where he said he had "legally crossed the border with his Russian passport."

"You know – this is all done through diplomatic channels, so this issue probably needs to be addressed to the Ministry of Foreign Affairs," he added.

If you see a spelling error on our site, select it and press Ctrl+Enter
Tags:CrimeaoccupationRussianAggressionshipoccupiedCrimeacitizenshipRussianCitizenship