Poroshenko thanks EU Council for "Azov package" of sanctions against Russia

The Ukrainian president stresses the importance of European unity and solidarity with Ukraine. 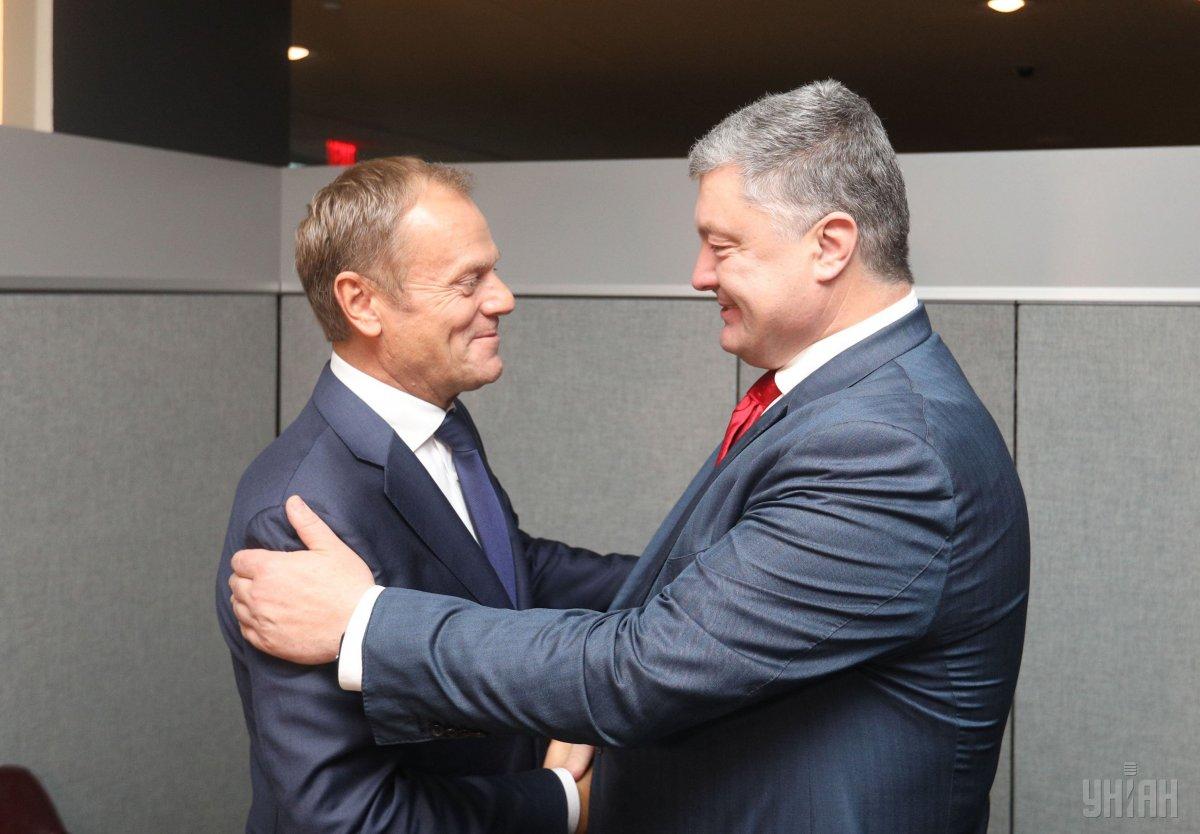 Ukrainian President Petro Poroshenko has thanked the Council of the European Union for the unanimous decision to impose the "Azov package" of sanctions against the Russian Federation.

"I am extremely grateful to the EU Council for the unanimous decision to introduce the 'Azov package' of sanctions," Poroshenko told President of the European Council Donald Tusk in Kyiv on February 18, according to an UNIAN correspondent. "This is exactly what we, Mr. President [Tusk] agreed with you on in December. I am very glad and it is very important that we keep our agreements with Europe on unity and solidarity with Ukraine."

As UNIAN reported earlier, High Representative of the European Union for Foreign Affairs and Security Policy Federica Mogherini announced on February 18 that the EU had achieved political consensus on new sanctions against the Russian Federation. "I can confirm that there is political consensus on some further measures to be taken – personal, targeted sanctions. I believe the formal adoption of the legal acts will be finalised in the coming days," she said at following the Foreign Affairs Council in Brussels on February 18.

Russia's security forces attacked three Ukrainian naval boats in the Black Sea near the Kerch Strait when the vessels were heading for the Sea of Azov on November 25, 2018. The boats were seized, 24 Ukrainian sailors were captured and taken to Moscow for trial. Three of the sailors were wounded.

If you see a spelling error on our site, select it and press Ctrl+Enter
Tags:RussiaTuskRussianAggressionRussiaSanctionsPresident Poroshenko