No traces of psychoactive substances have been revealed, according to the documents. 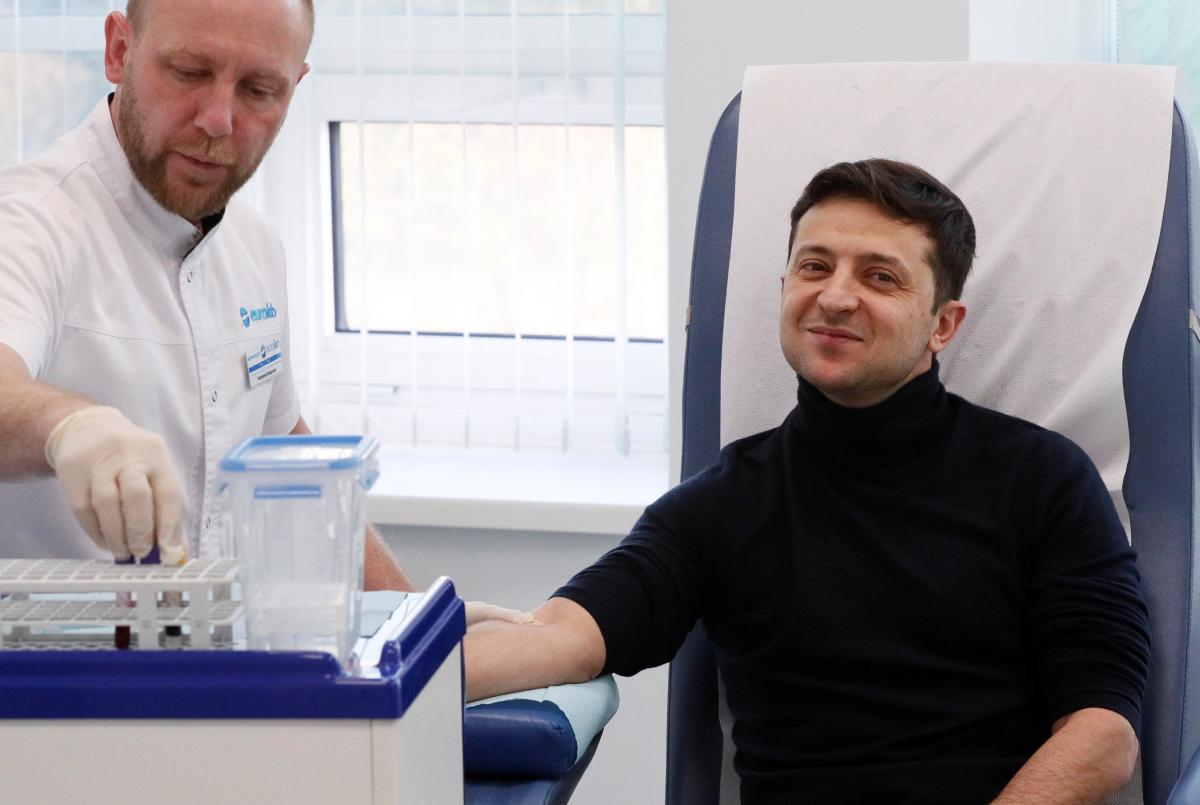 "Spring has come, and we did it together," he wrote on Facebook, posting the relevant photos of test results.

No traces of psychoactive substances have been revealed, according to the documents.

The clinic also informed it had additionally sent a sample of Zelensky's biomaterial for examination to an independent laboratory of the network of clinics HM Hospitales (Spain). 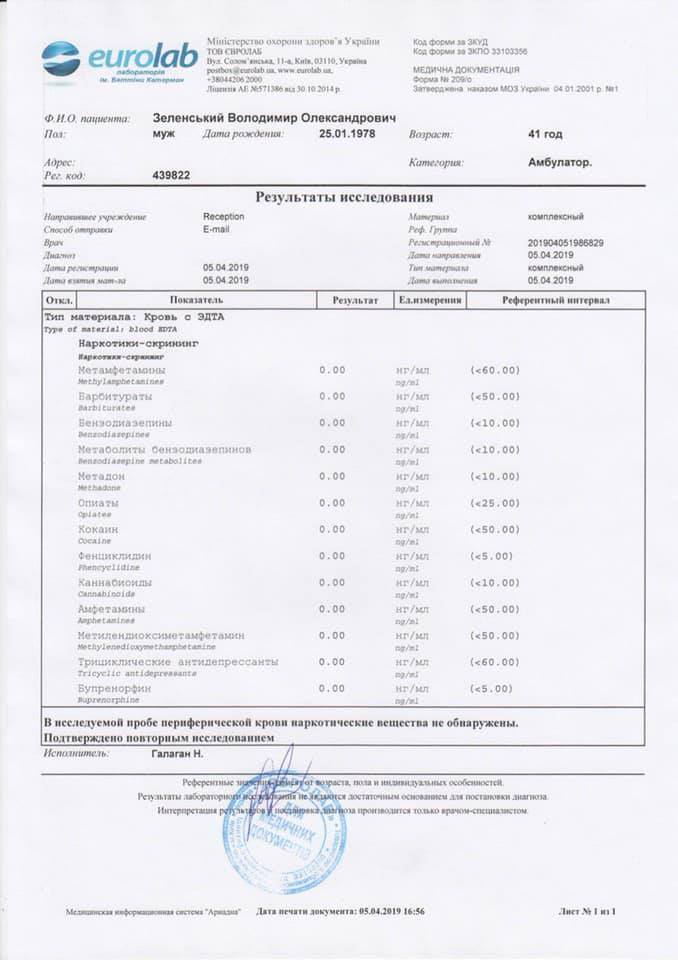 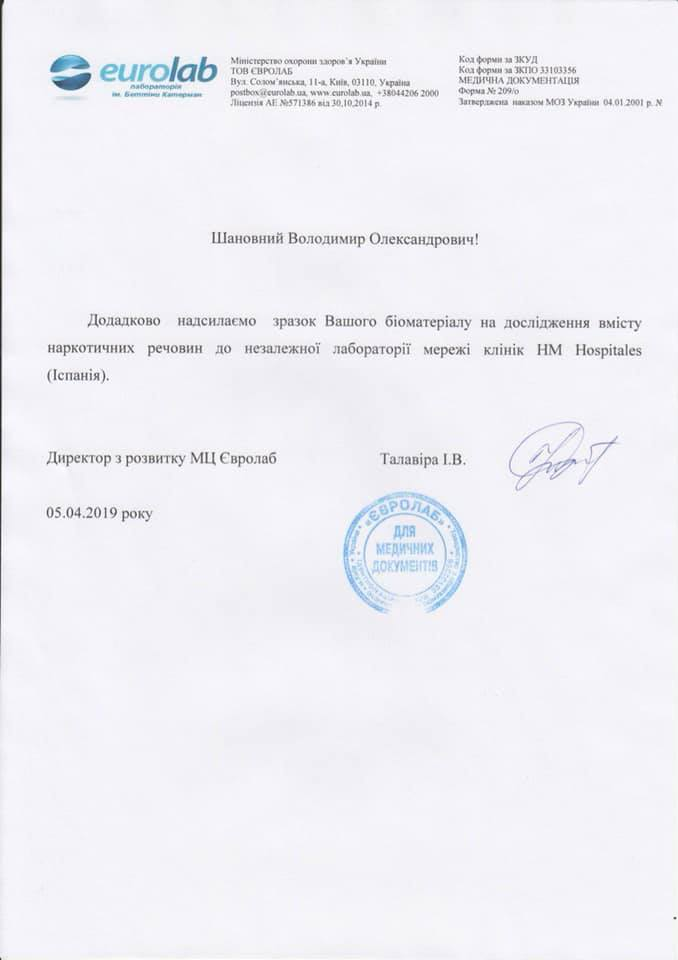 If you see a spelling error on our site, select it and press Ctrl+Enter
Tags:Ukraineelectionspresidenttestscandidateexamination