Zelensky plans to debate with Poroshenko on April 19 (Video)

Zelensky also urged to write him questions in the comments that are worth asking Poroshenko. 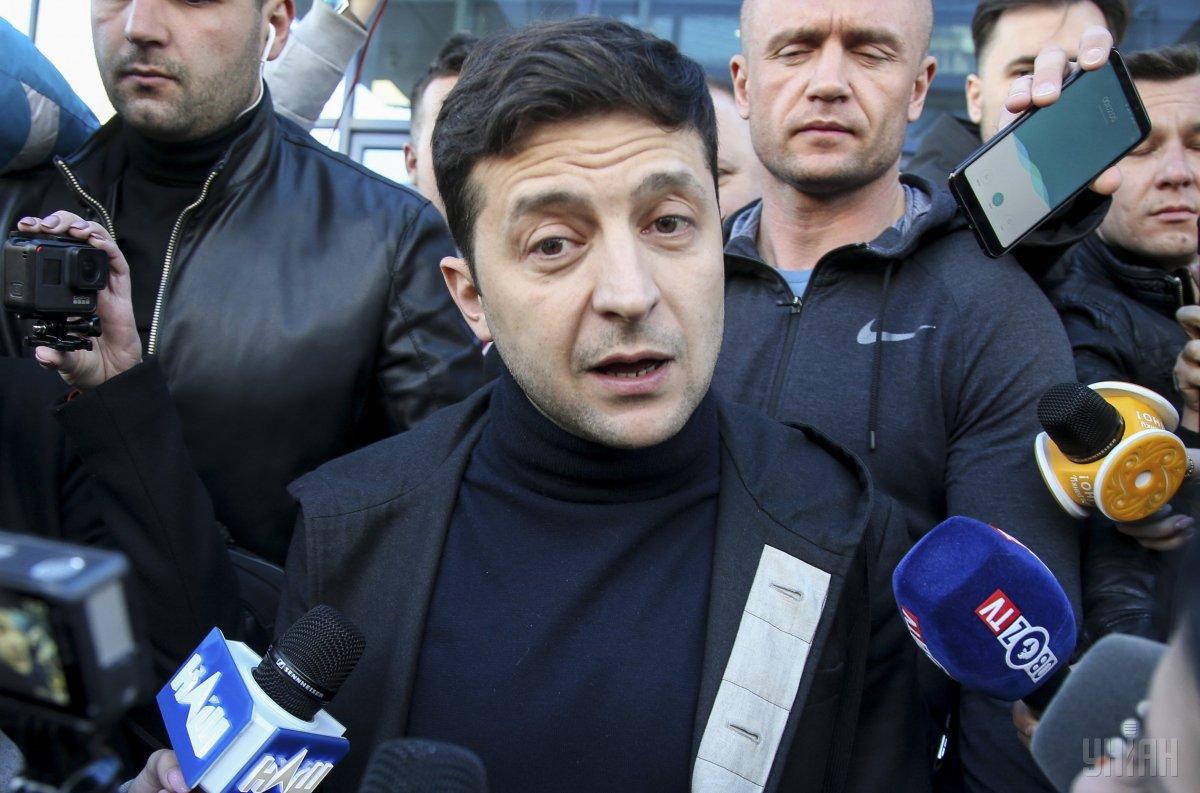 Ukrainian presidential candidate Volodymyr Zelensky has said he plans to hold a debate with incumbent President Petro Poroshenko on April 19.

"My debate with Poroshenko will take place at the Olimpiyskiy Stadium on April 19. I will be able to ask him any question," he said in a new video message posted on Telegram channel.

Zelensky also urged to write him questions in the comments that are worth asking Poroshenko.

On April 7, Ukrainian President Petro Poroshenko said he would wait for presidential candidate Volodymyr Zelensky to debate at Kyiv's Olimpiyskiy Stadium on April 14.

"On April 14, next Sunday, at the Olimpiyskiy Stadium, exactly where Mr. Zelensky proposed, I'm waiting for him to hold a debate. I think 19:00 or 20:00 will be the best time. I invite the audience and all TV channels for the debate to be held as Volodymyr Zelensky wanted not to let him leave this proposal," Poroshenko told Ukraina TV channel.

If you see a spelling error on our site, select it and press Ctrl+Enter
Tags:Ukraineelectionsdebatepresidentcandidate