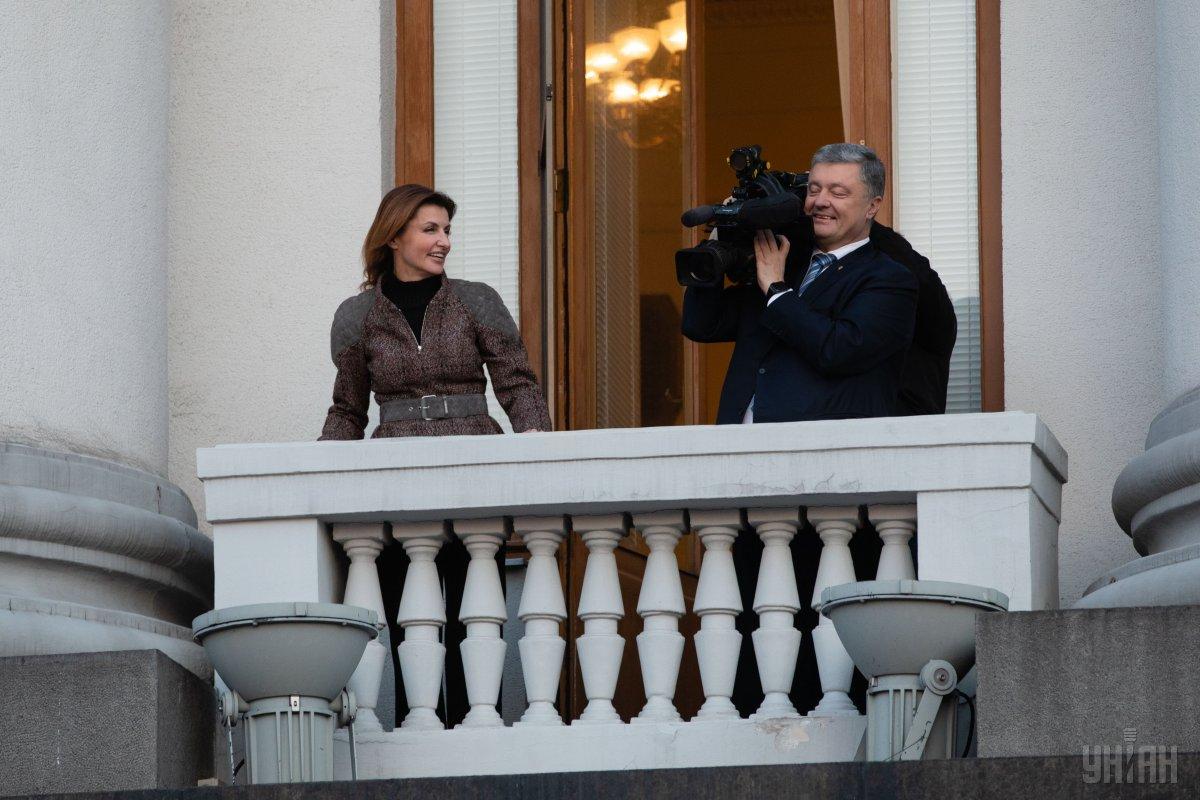 Outgoing Ukrainian President Petro Poroshenko has told his supporters he will return to the Presidential Administration on Bankova Street in Kyiv after the next presidential election.

"We will return to Bankovaya Street after the next presidential election. And together we will save and protect Ukraine," he said on April 21 when speaking to the public who came to Bankova Street to join a rally in his support, according to an UNIAN correspondent.

As was reported, Ukraine's Central Election Commission processed 99.84% of electronic protocols from polling stations after the runoff vote on April 21. Some 73.22% of voters (13,513,535 people) supported presidential candidate Volodymyr Zelensky, while 24.46% (4,514,761) voted for incumbent President Petro Poroshenko, who was running for a new term.

If you see a spelling error on our site, select it and press Ctrl+Enter
Tags:PoroshenkoelectionspresidencyPresident Poroshenko