17:15, 27 April 2019
Politics
1770 1
Kyiv will insist on imposing not personal sanctions, as was the case with Russia's aggression in the Kerch Strait, but on tougher sectoral or economic ones. 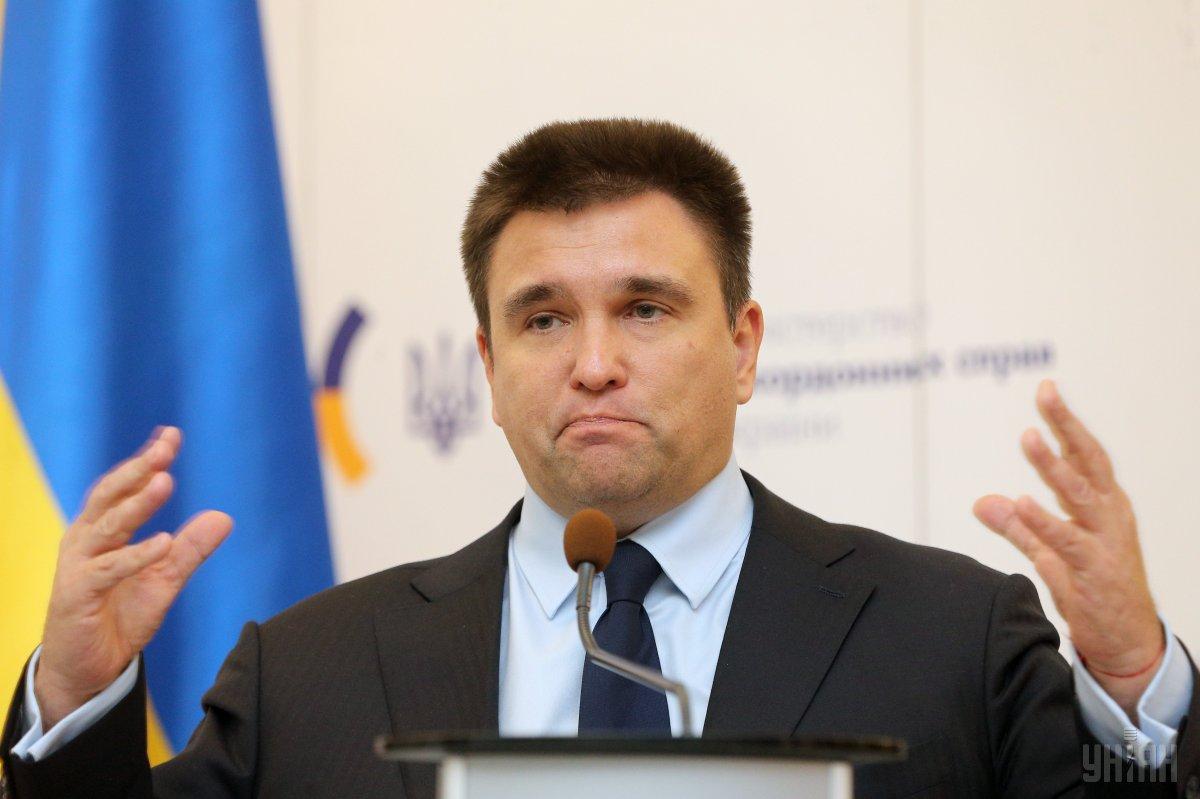 Ukrainian Foreign Minister Pavlo Klimkin says Ukraine is preparing a new package of sanctions against Russia because of the Russian president's decree on simplifying the procedure for issuing Russian passports to residents of the temporarily occupied areas of Donbas, eastern Ukraine.

"Ukrainian diplomats are now actively working on creating a new wave of political pressure on the Russian Federation, as well as preparing additional Ukrainian sanctions against Russia, both sectoral and economic ones," he told a Ukrainian TV channel on April 26, the ministry wrote on Twitter.

According to Klimkin, Ukraine will insist on imposing not personal sanctions, as was the case with Russia's aggression in the Kerch Strait, but on tougher sectoral or economic restrictions.

The minister added that the sanctions could be slapped on "people and companies that form the basis of the Kremlin regime."

If you see a spelling error on our site, select it and press Ctrl+Enter
Tags: #Russia#Putin#sanctions#Kremlin#Klimkin#diplomats#passport#RussianCitizenship
Latest news