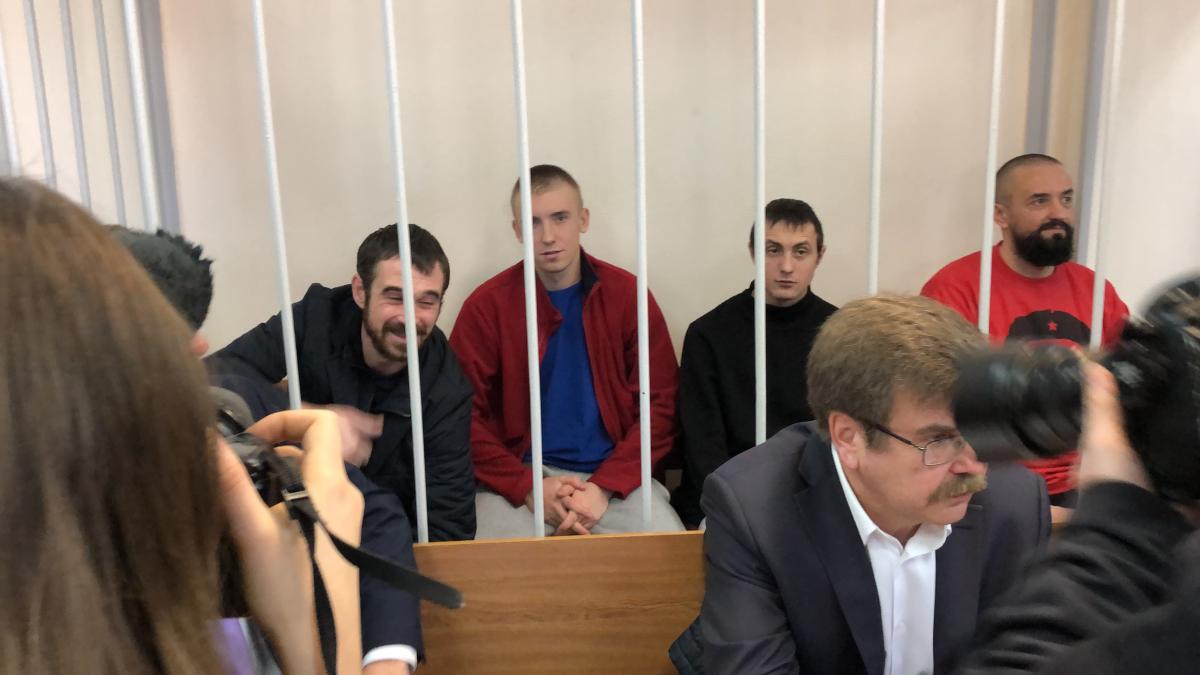 U.S. Secretary of State Mike Pompeo has called on the Russian Federation to free 24 Ukrainian sailors captured near the Kerch Strait in November 2018.

"We would in particular welcome the release of the Ukrainian crewmen detained near the Kerch Strait last year," Pompeo said following talks with Russia's Foreign Minister Sergey Lavrov in Sochi, Russia, on May 14.

All 24 crew members on board were captured and later remanded in custody for two months, being charged with "illegal border crossing" (the sailors are facing up to six years in prison). Three crewmen were wounded in the attack. Russian-controlled "courts" in occupied Crimea ruled that all 24 detainees should be remanded in custody, after which they were transferred to the Moscow-based Lefortovo and Matrosskaya Tishina detention centers. Moscow's Lefortovo district court in the middle of January 2019 decided to hold the Ukrainian sailors on remand until the end of April 2019.