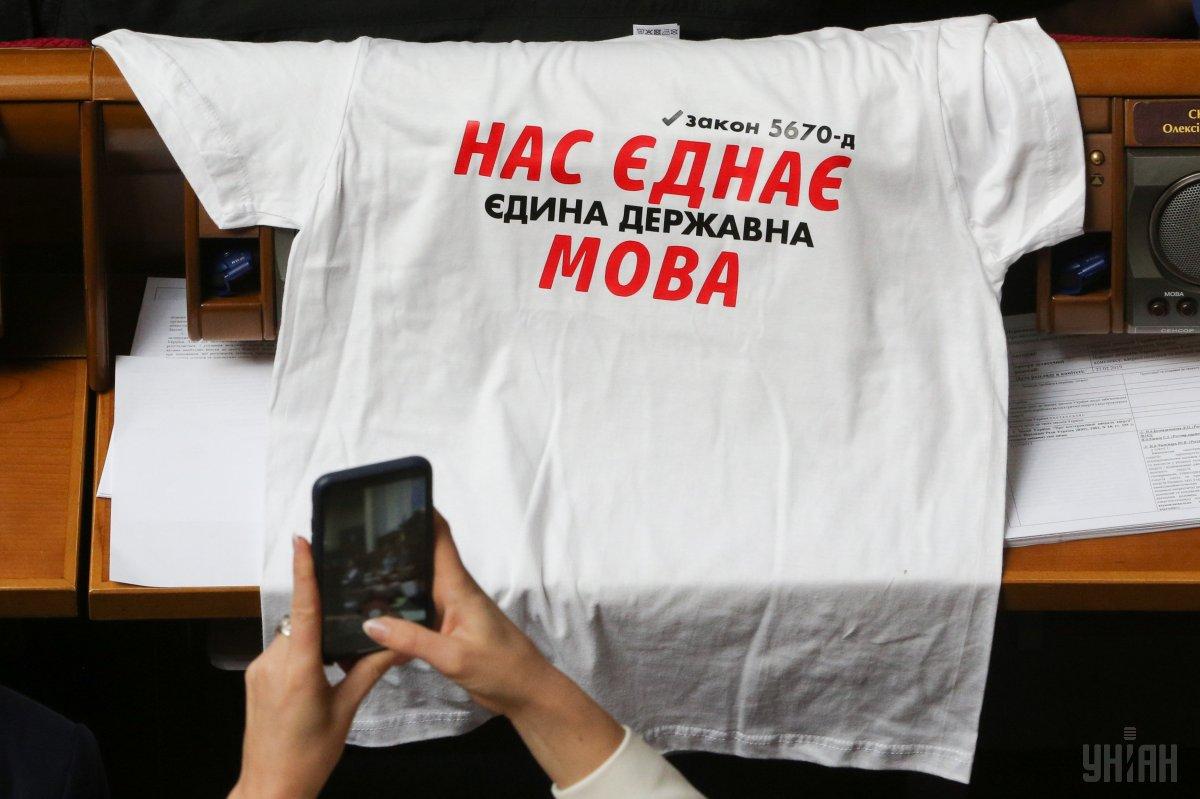 We are united by a single state language / Photo from UNIAN

Ukrainian President Petro Poroshenko has signed into law bill No. 5670-d on ensuring the functioning of the Ukrainian language as the national language.

The signing was broadcast by Ukrainian Pryamiy TV Channel.

As UNIAN reported earlier, Chairman of the Verkhovna Rada Andriy Parubiy signed the draft law on May 14.

The signing took place after the lawmakers had rejected all four draft resolutions proposing that the parliament's decision to adopt the draft law be repealed.

A total of 278 Members of Parliament backed the decision.

Earlier, commenting on the new legislation, the president said: "The law on the Ukrainian language does not mean that we want to 'put pressure' on any other language. This is definitely not the case. This law means we must protect our language. For it will be protected in no place in the world, except Ukraine," Poroshenko added.

If you see a spelling error on our site, select it and press Ctrl+Enter
Tags:Poroshenkolanguagelanguagelaw